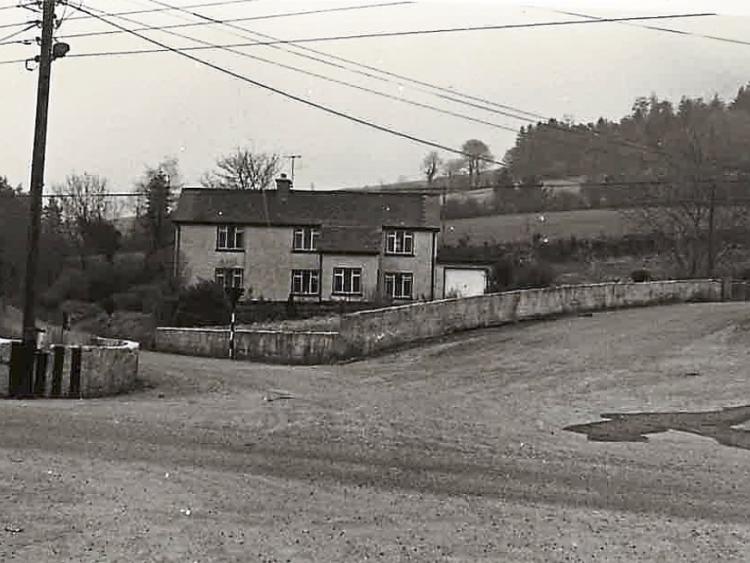 Tipperary organisation, Comóradh na nÓglach has made history by holding the first large-scale commemoration since lockdown was announced in March.

More than 250 people from all across the globe joined the Zoom meeting held at 7:30 last Saturday night to remember the Centenary of the Burning of the Barracks of Hollyford, Drangan and Rearcross in May, June and July of 1920.

The meeting was jointly hosted by Trasna na Tíre a new organisation formed during the lockdown who hosts history lectures via Zoom every weeknight.

Opening proceedings, Chairperson of Comóradh na nÓglach, Kathleen Allis-Cleary, a relative of Seán Treacy welcomed everyone and set the tone for the evening as she said “tonight, we remember the men and women, of the Tipperary Brigades and indeed all counties and their fight against oppression. In 1920, the I.R.A. brought the fight for freedom to the very doors of the R.I.C. in a bid to remove the strong arm of British Rule from rural Ireland. “

Referring to the original plans for a weekend long series of events she went on to say “one lesson we can learn from the men and women involved in the Barrack attacks is how to use current technology and the circumstances to your advantage.

“Thanks to Trasna na Tíre we can, as generations did before, sit around the fireside to talk of, and listen to, tales of daring and patriotism. How remarkable that in essence we’re reviving an old Irish tradition of neighbours gathering in this modern way.”
She handed over to the facilitator for the night, film-maker Marcus Howard of Easter Rising Stories.

Marcus introduced historian Cormac O’Malley who vividly described his father, Ernie O’Malley’s pivotal and often lonely role of a G.H.Q. organiser. Cormac explained the Brigade command structure and its evolution over the course of the War and the divide that existed between G.H.Q. and the regional Brigades.

He spoke of the personal cost to ordinary families of having a son or daughter involved in the fight for freedom. Then he explained his father’s role in planning and executing the attacks on Hollyford, Drangan and Rearcross.

Derek Warfield spoke of the importance of song in preserving our history which allowed the story of Ireland’s fight for freedom to be passed on from generation to generation. This was followed by a moving rendition of “Come out ye Black and Tans” much to the appreciation of all present.

After the song, the first panel discussion took place. Hollyford native and local historian, Liam Ó Donnchú gave a passionate account of Tipperary’s struggle for freedom from Fenian times and a vivid and entertaining description of the preparations and attack on Hollyford Barracks.

Liz Gillis described the earlier burnings by the I.R.A. of abandoned R.I.C. Barracks and the income tax offices. She painted a picture of the effects on the British authorities, the IRA and the people of Ireland.

Derek Molyneux spoke of the impact of Robinson, Treacy, Breen and Hogan after they went to Dublin in the aftermath of the Soloheadbeg ambush. He recounted how the idea of the Barrack attacks was developed by Ned Broy and its efficacy in destroying the morale of the R.I.C.

Local historian Robert O’Keeffe spoke of the factors that influenced brigades locally of the logistical challenges they faced with operations of this nature. He skilfully drew a picture of the networks that existed between the different Brigade areas.

Drangan bard, Mike Power recited a poignant and hilarious poem he penned called the Virus Verses. And then the sweet tones of Cashel’s Shannon Morrissey filled the airwaves as she gave a beautiful rendition of her grand uncle Paddy Walsh’s song The Barracks of Reidh.

Part two of the panel discussion proved as interesting as Part 1, Michael Moroney gave a brilliant account of the preparations and fighting that went on in Drangan in June 1920. Dan Jack brought a fantastic perspective to how successful the Brigade Leaders were in their choice to lead the attacks from the front.

And lastly, Dr. Stephen Ryan spoke on the Rearcross attack and how the artificial county and Brigade lines meant so little to the men on the borders.

During the night the Zoom chat was a joyful cacophony of greetings, praise and questions from all over the world. Viewers shared their emotions at being part of this extraordinary event. Relatives of the volunteers proudly made themselves known and lovers of history watched in delight as the uplifting and positive evening unfolded.

Marcus Howard showed great skill in handling such a large panel discussion and the pace of the evening was masterful. Without a doubt, Comóradh na nÓglach succeeded brilliantly in remembering the men and women who fought for freedom, and along the way they have made a little bit of history themselves.

The events were brought to a close by Niamh Hassett who thanked everyone involved. Her final words captured the spirit of the evening,

“Lastly, I want to offer thanks to the dead heroes who came out in the wind and rain and bitter cold to bring the fight to the heart of British Rule and remove the R.I.C. from vast swathes of rural Tipperary. Go ndéana Dia trócaire ar a n-amanacha agus i measc laochra na nGael go raibh said. Oíche mhaith, a chairde, is go mbeirimid go léir beo ag an am seo arís.”

The full recording is available to view for free on the Trasna na Tíre youTube channel.