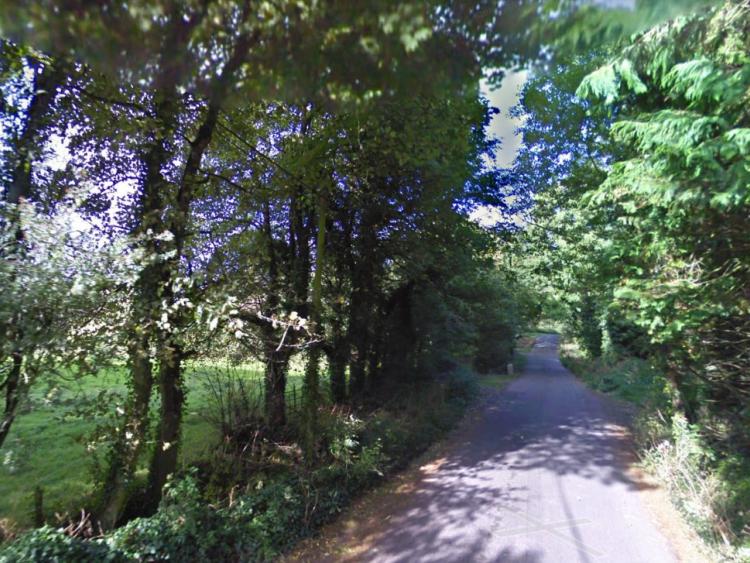 Having experienced the terror of Crown Force reprisals in mid-August 1920, as a result of the mid-Tipperary IRA’s day-light assassination of District Inspector Wilson in Templemore, the surreal peace that prevailed due to the “bleeding statues miracle” of late August and September 1920, must have been an unbelievable relief to the citizens of that town and locality.

However, that six weeks of local peace was to prove nothing more than a brief respite in what subsequently became known as “The War of Independence”.

The peace ended at about 1pm on Saturday September 29, 1920, as four RIC constables set out from Borrisoleigh barracks to return to their station at Goulding’s Cross, Barnane.

Walking in two pairs, about fifty yards apart, they reached a place close to Killoskehane Castle at about 1.30 pm. As they passed a low wall, shots rang out from each side of the road, leaving two of the policemen – Constables Edward Noonan and Terence Flood - dead and another man seriously wounded.

From the IRA perspective, “normal business of ambushing the police had been resumed”.

The attack was carried out by an IRA unit under the command of Upperchurch man, Paddy Kinane. Tommy Kirwan, the local Borrisoleigh IRA company captain was also involved with a number of local IRA volunteers.

The operation that was approved by the Number 2 (Mid) Tipperary Brigaden O/C, Jimmy Leahy.

The police group who were ambushed that day consisted of two original RIC constables and two ‘Black and Tans’ – constables recruited by the British Government after the early IRA attacks in 1919 to bolster the numbers in the police.

Edward Noonan was born in Derrygill, close to Woodford in County Galway. It would appear that, in his youth, his family had emigrated to England. In what was a somewhat typical pattern for these new police recruits, he had joined the British army at the outbreak of the Great War in 1914 and was posted to France.

Wounded in the retreat from Mons, he was returned to England, where he was discharged from the army on August 10, 1916.

The following year he married Nelly Douglas, a dressmaker from London’s Pimlico district.

Nelly was a young widow, her first husband having been killed in the early days of the War in France. One year later, the couple’s son Edward was born. In December 1919, like hundreds of demobilized soldiers seeking employment, Edward Noonan joined the RIC and arrived back Ireland in March of 1920, first posted to County Kerry and subsequently to Tipperary.

He was among the first of the “Black and Tans” – the hastily recruited police constables who had a mixture of police and military uniform, so named because they were said to resemble a pack of Limerick foxhounds.

Constable Terence Flood, born July 2, 1885, hailed from Beagh Beg in the parish of Carrigallan in County Leitrim. He joined the RIC in July1908. His first posting was to Fermanagh, before being transferred to the North Tipperary police division. He was one of a family of thirteen, reared on a farm of eleven acres.

Most of his siblings who survived into adulthood emigrated. One brother, Michael, remained at home to work the farm, as did his sisters Teresa. His sister Kate became a national school teacher.

Edward Ferris, from County Meath, was the constable who was wounded in the ambush – he received a bullet wound to the head and was fortunate to survive the incident. After disbandment of the police in 1922, he returned to his native county. In later years he became a well-known building contractor in the Laytown area.

The fourth police constable, Con Marnane, was a native of Cork. He was uninjured in the shooting and rushed to Goulding’s

Cross barracks to alert his colleagues. He later settled in the Cahir / Bansha area of South Tipperary.

The witness statements that are available from the IRA perspective as to what happened on that day at Killoskehane are not especially illuminating. This is perhaps understandable, as the actual engagement itself lasted no longer than a few minutes.

Also, it was a controversial incident, being linked to the mid-Tipperary IRA’s desire to end the unofficial peace that had resulted from the “Bleeding Statues” episode around Templemore.

However, the evidence given at the Thurles Quarter Sessions, where various compensation claims were made arising from the ambush, help to shed more light on what occurred. These were held on January 11, 1921 at Nenagh under Judge Moore.

Constable Ferris states in his account how, as they were marching along, rifle fire and shotgun blasts rang out from the adjacent wood and the man in front of him [Noonan] bowled over, having been struck in the back. He then described how he fired six shots into the wood but then received a bullet wound to the top of his head.

He thereupon jumped into a clump of nearby bushes and fired four more shots into the air. At this stage, according to his evidence, the ambushers withdrew.

Nelly Noonan, widowed for a second time, attended the hearing along with her mother. Press reports of the time state that both were “suitably attired in mourning and the widow sobbed continually throughout the proceedings”.

In her evidence, the Leitrim mother of Terence Flood described her son’s generosity towards her and other members of his family. Since joining the police, he would send her gifts of money of between £30 and £40 annually. Judge Moore granted her a sum of £600 in compensation.

In a submission on behalf of Const Ferris, solicitor Mr. Hamilton, described his client as, “one of the old stock”, having joined the RIC in 1891. His salary was £303 annually and he would have been scheduled to retire after 30 years police service the following March 1921.

A colleague, Const. Walsh, who shared a room with Ferris in the Goulding’s Cross barracks building testified on his comrade’s behalf. He said that, since the ambush, Ferris, “slept little if at all” and would frequently wake from whatever little sleep he got shouting “you murdering assassins”. The court awarded Edward Ferris, the sum of £500.

Some of the Myths

Sergeant Sheehan was in charge of the Gouldings Cross barracks at the time of the attack. He gave an account of how, on being alerted by Const. Marnane, he went to the scene of the ambush, where he identified his two dead constables Flood and Noonan.

This evidence is at variance with a story, connected with the ending of the local “Bleeding Statues” peace. This was that the IRA stopped a motor car that was returning to Templemore, having visited the “holy well of Curraheen”, and ordered the occupants to take the policemen’s bodies and deposit them outside the town’s police barracks.

Another story that gained local traction over the years is that Const. Ferris, in an attempt to escape, ran back towards Borrisoleigh. Supposedly being chased by the ambushers, arriving at Gurtalough bridge, a distance of about a half mile from the scene of the ambush, he was shot a number of times and left in a near dead state.

However, all the contemporary evidence points to him having received one bullet wound to the top of his head, and in which the reports available refer to him having “a lucky escape”.

We may never know the full reality of what happened at Killoskehane one hundred years ago beyond the fact that two policemen were shot dead. However, it is appropriate that we mark this event of one hundred years ago and remember all those involved as best we can on the centenary of that bloody incident.

This episode was typical of one of hundreds of small scale attacks carried out by local groups of IRA men which made life impossible for the police stationed throughout Tipperary and Ireland.

Interestingly, there was no immediate outbreak of retaliation against republican families in Borrisoleigh after the Killoskehane ambush. That pattern of IRA outrage, followed by Crown Forces reprisal, was one of the main characteristics of the conflict.

The public reaction in England to the excesses of the Crown Forces in Ireland, such as had happened in Templemore after DI Wilson was shot in August 1920, contributed hugely to pressure for a solution to the Irish question in England.

Just a month later on October 28, 1920, after the South Tipperary IRA ambushed a lorry-load of young soldiers, killing three of them at Thomastown between Cashel and Tipperary Town, it would be back to business as usual.

The soldiers from the Northamptonshire Regiment in Templemore, colleagues of the three dead youths, lashed out indiscriminately, burning and looting widely in Templemore in reprisal.

Such was the War of Independence in mid Tipperary.