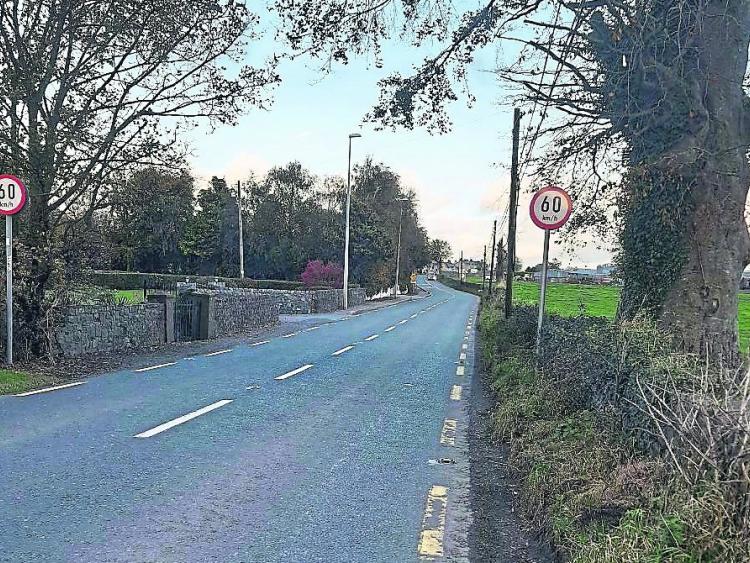 The scene of the Thomastown ambush as it looks today. The Volunteers were originally concealed behind the wall on the right

On the afternoon of Thursday, October 14, 1920, Seán Treacy, Vice-Brigadier, Third Tipperary Brigade IRA, was killed in action in Talbot Street, Dublin. The British authorities hoped that his death would cause a serious dent in the morale of the Tipperary volunteers.

But while his comrades were grief-stricken at the loss of their most renowned fighter they were far from dispirited.
Volunteer officers were as aware of the possible fallout from Treacy’s death as the enemy were.

A few days after the funeral Ned O'Reilly, Vice-Commandant of the Brigade’s Third Battalion and commander of its Active Service Unit, met Patrick O'Dwyer, Captain of the Hollyford Company, and discussed the situation.

They decided to organise a joint military operation in co-operation with the Brigade’s ASU, the No. 1 Flying Column, commanded by Dinny Lacey.

Their reasons for the action was that it would strike back at the British and avenge the death of Treacy, and it would re-energise the volunteers and boost their confidence and morale.

The pair met with Lacey and Séumas Robinson, Brigade OC, and agreed to ambush a military or police patrol near Thomastown on October 28.

The ambushing party assembled on the eve of the action in O'Sullivan’s, Grantstown. The following morning they took up their ambush positions just south of Thomastown village on the Cashel to Tipperary road, close to where the speed limit signs are now positioned.

They concealed themselves behind the demesne walls, which they loopholed for firing positions.

At about 10 am a lorry load of military approached from the north, ahead of schedule. They were members of the Northampton Regiment on their way to the Tipperary rifle range.

The concealed volunteers started to pull a cart across the road to block it. But the lorry driver was alert to their action and immediately stopped – short of the ambush position.

The attackers nearest the lorry opened fire. Lacey ordered his out-of-position men to get closer to the scene of the firing. Both sides were armed with military grade rifles, revolvers and grenades. Some volunteers also used shotguns.

While they weren’t a military weapon they had the advantage of equalising the lack of target practice by the citizen soldiers of the IRA and the professional British army troops. At a range of ten yards or less a shotgun was a lethal weapon.

Lt. Jim O'Gorman lobbed a grenade over the wall and under the besieged lorry. Unfortunately it was a dud and didn’t explode.

A fierce firefight ensued. It lasted for almost an hour. During its course Lacey ordered the attackers to move across the road to the western side.

Four Hollyford volunteers leapt over the wall, threw themselves flat on the ground, and laid down covering fire for their comrades as they changed sides. O'Gorman, the Battalion’s marksman, distinguished himself in action. He lay prone on the road and fired at any target that presented itself.

Afterwards an enemy officer expressed amazement at his daring and bravery and said he’d like to shake his hand.

Two enemy soldiers were killed at the scene, one was mortally wounded and died shortly afterwards, and five more, including an officer, were wounded.

The Column’s Vice OC, Michael Kilmartin, reported that the position of the besieged was desperate. They agreed to surrender, but one officer imitated O'Gorman. He refused to give up. Instead he stood by the lorry and fired his revolver at every puff of smoke he saw. O'Gorman hit him a number of times, without effect.

Afterwards those who witnessed his daring claimed that he had a sheet of metal under his tunic.

The battle raged for almost an hour and then the scouts reported that enemy reinforcements were approaching. In spite of the unsuitable terrain through which he had to retreat, Lacey successfully pulled out all his fighters uninjured.

Early in the action one volunteer, Michael Fitzpatrick, Tipperary Company, had been seriously injured by rifle fire in the hip. His comrades managed not only to remove him safely from the scene of the ambush but within a few days had smuggled into hospital in Limerick. There he was successfully operated on by a friendly surgeon and, despite some medical setbacks, he fully recovered after several weeks and returned to active service.

The crown forces were humiliated by their losses. They quickly raided and burned a number of houses in the vicinity of Thomastown. The following weekend about twenty Northamptons, armed with clubs and cudgels, broke into shops and business premises in Tipperary and proceeded to smash them up. When an officer intervened they told him they were extracting vengeance for their comrades who had been killed the previous Thursday.

The military authorities sent armed troops and armoured cars around the town to force the rioters back to barracks.
The volunteers were mostly satisfied with the result of the ambush.

As always they were dissatisfied when an attack didn’t result in the enemy surrendering and the capture of weapons. But serious casualties had been inflicted on the enemy while they had not lost a single attacker.

The policy of forming ASUs had been justified. It enabled the Brigade to concentrate its scarce supply of rifles and ammunition to arm their best fighters. They in turn had proved their valour and fighting ability. Any doubts or worries arising from the loss of Treacy were laid to rest and the volunteers had proved that they were a formidable guerrilla force.

Due to the restrictions imposed by the Government to fight the spread of the coronavirus, the Third Tipperary Brigade Old IRA Commemoration Committee regrets that it cannot hold the planned ceremony at the ambush site on centenary of the event.