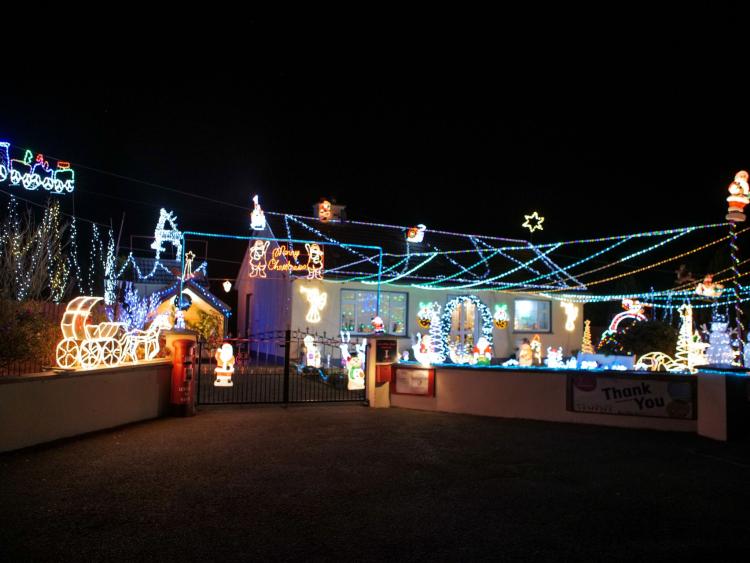 Brigid & Eamonn Hennessy from Mullinahone, Tipperary are in the running to be crowned the owners of Ireland's most Christmassy home

Bridget and Eamonn Hennessy from Mullinahone have been named as finalists in the search for Ireland’s Most Christmassy Home.

With finalists from Dublin, Clare, Carlow, Tipperary and Cork, this year’s competition saw the highest number of entries since the search for Ireland’s Most Christmassy Home began in 2015.

As ever, the standard of entries was extremely high, and the Energia Elves had a difficult task selecting just six finalists. After much deliberation, the shortlist is now available to view here and this year everyone who votes will be entered into a draw to win a €100 One4All Gift Card!

To vote for your favourite Christmassy Home, simply text HOUSE followed by a space and the number of the house to 51155 (ROI) or 88101 (UK). Standard SMS rates apply with 1 vote per person permitted.

To celebrate 5 years of Ireland’s Most Christmassy Home, Energia have doubled their charity prize money! This year’s fantastic prizes are donations of €6,000, €4,000 and €2,000 respectively to the charity of choice of the first, second and third placed entries following the public vote.

Geoff Codd Head of Marketing & Retail Development, Energia commented: “We once again received some incredible entries from homes all across the country. It was extremely difficult to narrow down the final shortlist and after what has been a difficult year for us all, it is great to see such festive spirit on display from all households. All of us at Energia are once again delighted to have a chance to support local causes and charities and would encourage everyone to get voting for their favourite Christmassy Home."