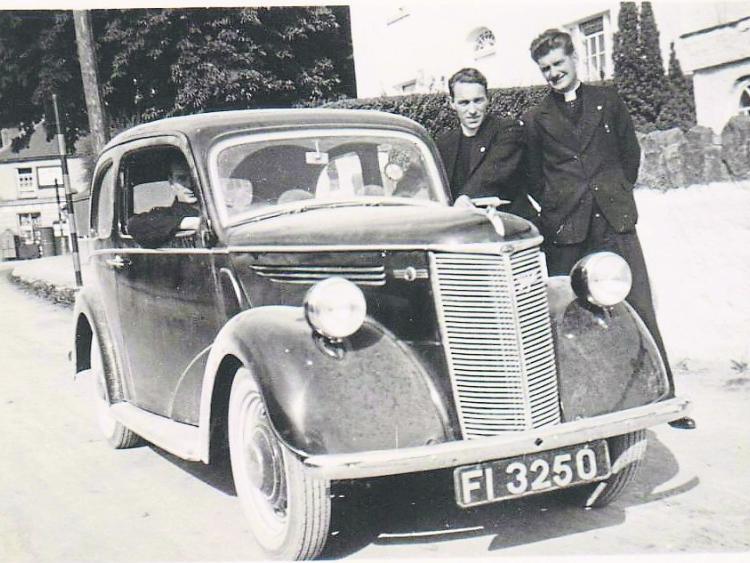 Fr. Tom O'Keeffe, Littleton and Fr. Tom F. Meagher, Knocka, Drom. Both were born in 1915 and ordained in Thurles in June 1940. Fr. Tom O'Keeffe served as a hospital chaplain in Cashel and was curate in Kilteely and Templetuohy.

In 1971 he was P.P. in Loughmore-Castleiney and appointed to Newport in 1974 where he remained until his death in 1995. He played on the Moycarkey team that defeated Cashel in the 1937 Co. Final, scoring two goals. His niece Margaret Leahy lives nearby in Ballybeg.

Due to the outbreak of WW11 Fr Tom Meagher began his ministry in Ancoats Hospital Manchester followed by a period as Army Chaplain before moving to San Antonio ,Texas and later to San Diego, California. He was a keen student of history and loved to quote Shakespeare in his sermons.

As we currently grind our way through the current Covid-19 pandemic it may be worth remembering that the above named and their generation were born in the context of WWI, the Easter Rising, the 1918-1919 Spanish flu that claimed 23,000 lives in Ireland, the War of Independence, the Civil War, the Great Depression, the Economic War and were beginning their mission as WW11 was gaining ground.

In 1940 Littleton apart from its Main street and a few houses on New Street and Puddle Street (Thurles Road) had only St. Bridget's Tce. that was built with local labour in 1937 for families living in tenement housing in New Street. Shopping was local at the grocery-hardware store run by James F. Meagher as can be seen in the background.

The Creamery and the National School built in 1847 as well as Cork to Dublin traffic made it a busy and socially integrated village. Now like most villages it awaits the green-shoots of a new economic cycle.

On the rear of the photo is written "Fr. Tom's new car". The driver has not been identified.