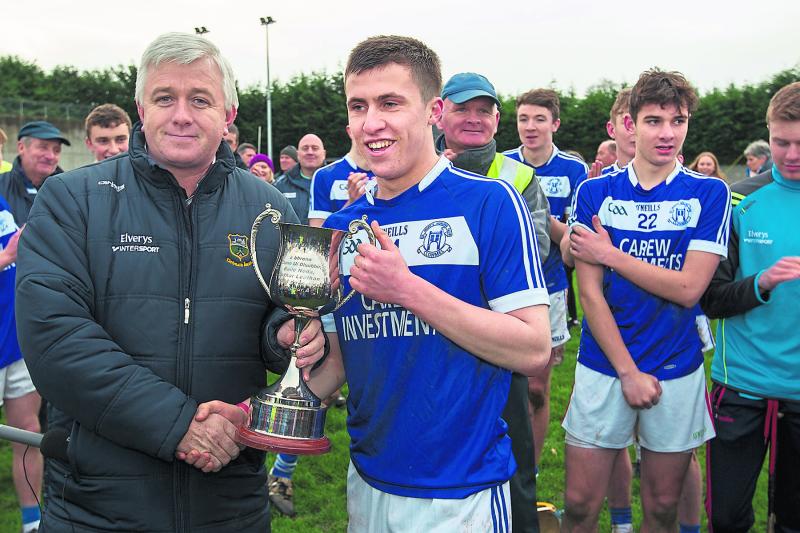 2015 County Minor Hurling Final with Matt Barlow accepting the cup from county chairman, Michael Burke. Can the Clonmel do the business again on Sunday?

The curtain-raiser to the County Senior Hurling Final at Semple Stadium on Sunday next, is the clash of St. Mary's and JK Brackens Og in the minor decider.

The Clonmel club, who captured the crown for the first time last year with victory over Kildangan, will be hoping to retain the title against the Mid champions from Templemore.

That historic victory at The Ragg twelve months ago was a massive fillip to hurling in Clonmel and is expected to act as a springboard to future success.

Since then clubman Seamus Kennedy has won both Munster and All-Ireland medals with Tipperary and club chairman Kevin Leahy hopes that a successful defence of the crown on Sunday will act as a springboard for future stars in emerge.

But the champions face a huge test against a Brackens side that contains Tipperary star Lydon Fairbrother, but St. Mary's are ready for the challenge.

What way do you think Sunday's game will go?