Defence Forces general officer returns to his roots in Clonmel

He served with many current members of Post 24, regaling those in attendance of joyous times past.

Brigadier General Brennan spoke of the comradeship during his time at Kickhams Barracks, recalling training recruit platoons, shooting, mortar and anti-armour teams. He completed his first platoon duties in Portlaoise Prison and was deployed to UNIFIL in South Lebanon while based in Clonmel.

The Kilkenny man is currently the General Officer Commanding 1 Brigade, responsible for almost 3,000 permanent and reserve Defence Forces personnel in the south of the country.

He will depart for Brussels next year as Ireland’s military representative to the European Union Military Committee and European Council.

Post 24 thanked Brigadier General Brennan for paying them a visit, applauding his achievements in the Defence Forces to date and wishing him all the best in Brussels. 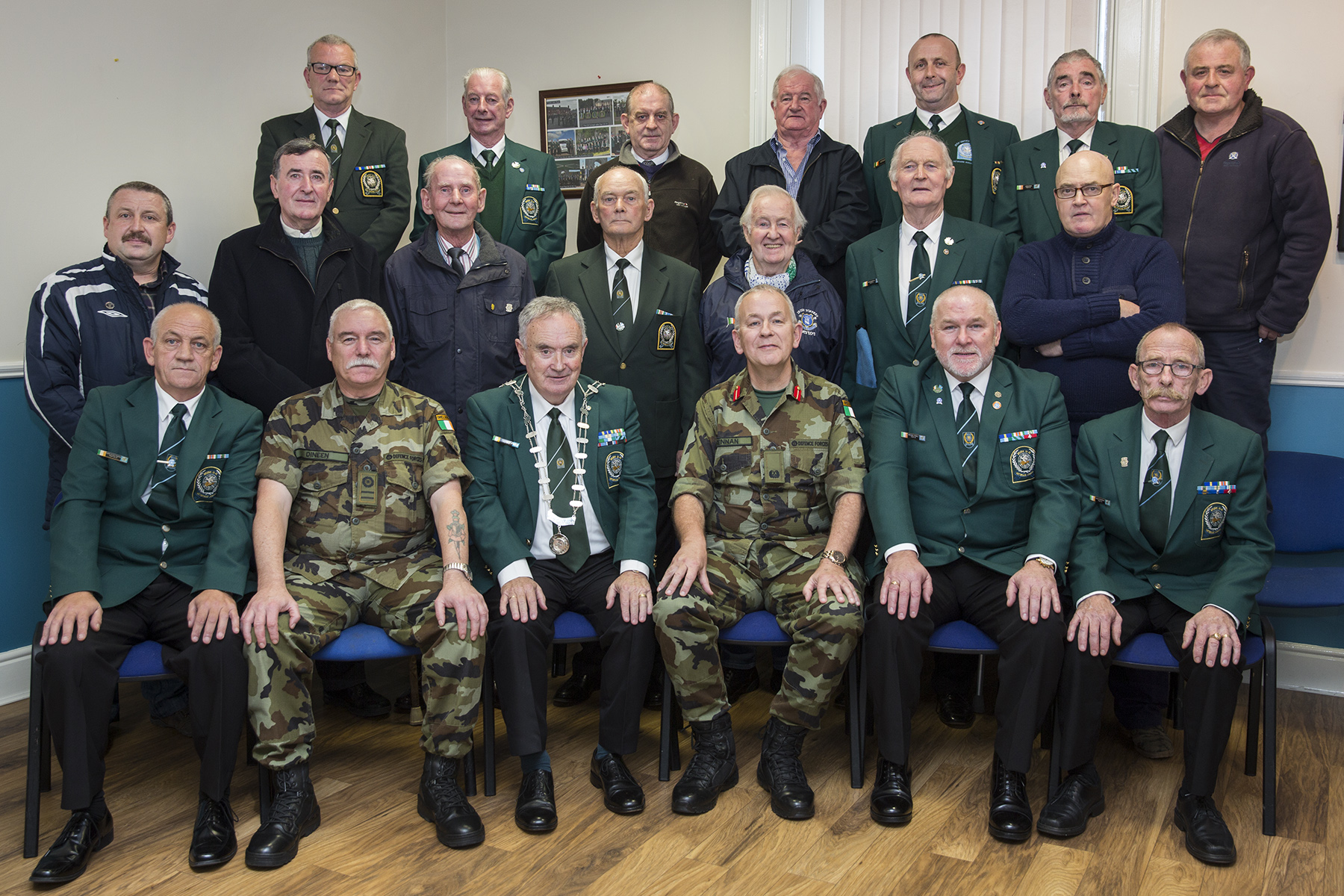 Brigadier General Philip Brennan with IUNVA Post 24 members at their Railway Station base in Clonmel.