More than 50 awards were presented in total at the event by President of Athletics Ireland and new executive committee member elected to the Olympic Council of Ireland Georgina Drumm and Munster Athletics chairman Mossie Woulfe.

There was also a Hall of Fame Award for Nenagh Olympic AC's Sean Naughton, who has been making an immense contribution to Irish athletics for over half a century.

15 year old Miriam Daly expressed her delight to South Tipp Today after collecting her accolade on stage, crediting her parents and coaches for getting her this far. 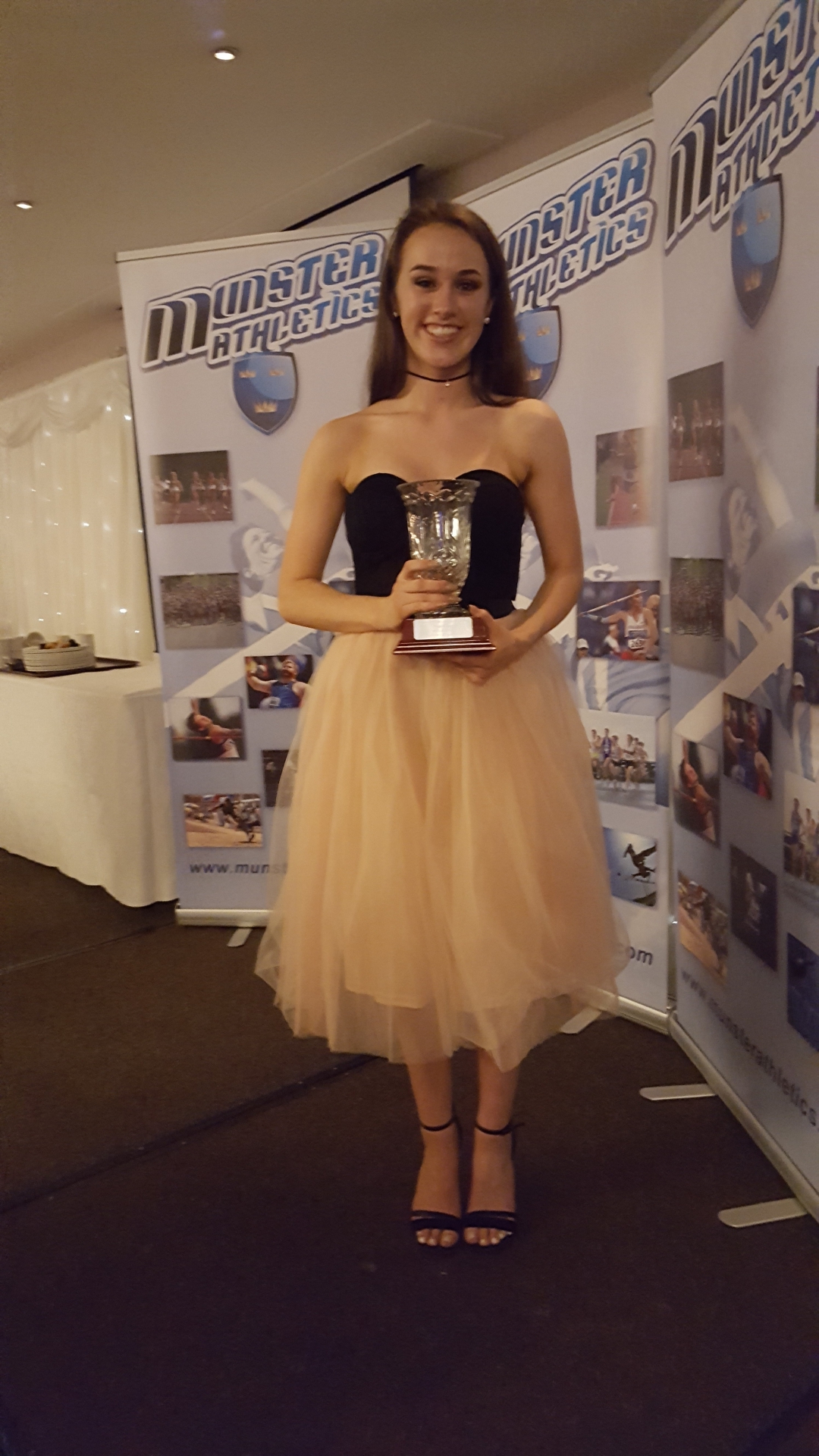 Miriam, who won a Juvenile Award in the Indoor/Track and Field category, hopes to improve on her record breaking performances this year.

The Scoil Mhuire Carrick-on-Suir student, who trains up to four times a week, is aiming for another Ireland cap and wants to retain her titles in 2017.

Her impressive trophy cabinet includes county, Munster and national medals, along with the Sean Nyhan Award for the Most Meritorious Performance from an Irish female athlete at the Schools International Track and Field event.

Miriam was a member of the Carrick-on-Suir AC relay team that won the Munster and All-Ireland Championships with record performances in 2016. The daughter of Marion and Ray Daly’s double wins in the 80m and 300m hurdles also ensured that Scoil Mhuire won the Intermediate All-Ireland Schools title.

Carrick-on-Suir AC coach Paul O’Gorman praised Miriam’s desire to be the best. “Miriam is a very dedicated athlete. She never misses training, is never late and does the work at home. She has a big future ahead of her in athletics,” Paul underlined.

Dundrum AC’s Kevin Moore highlighted how much winning an award in the Munster Cross Country and Road category means to the Moore family. Kevin wasn’t in attendance at the ceremony, but his proud parents John and Brid Moore accepted the accolade on his behalf. 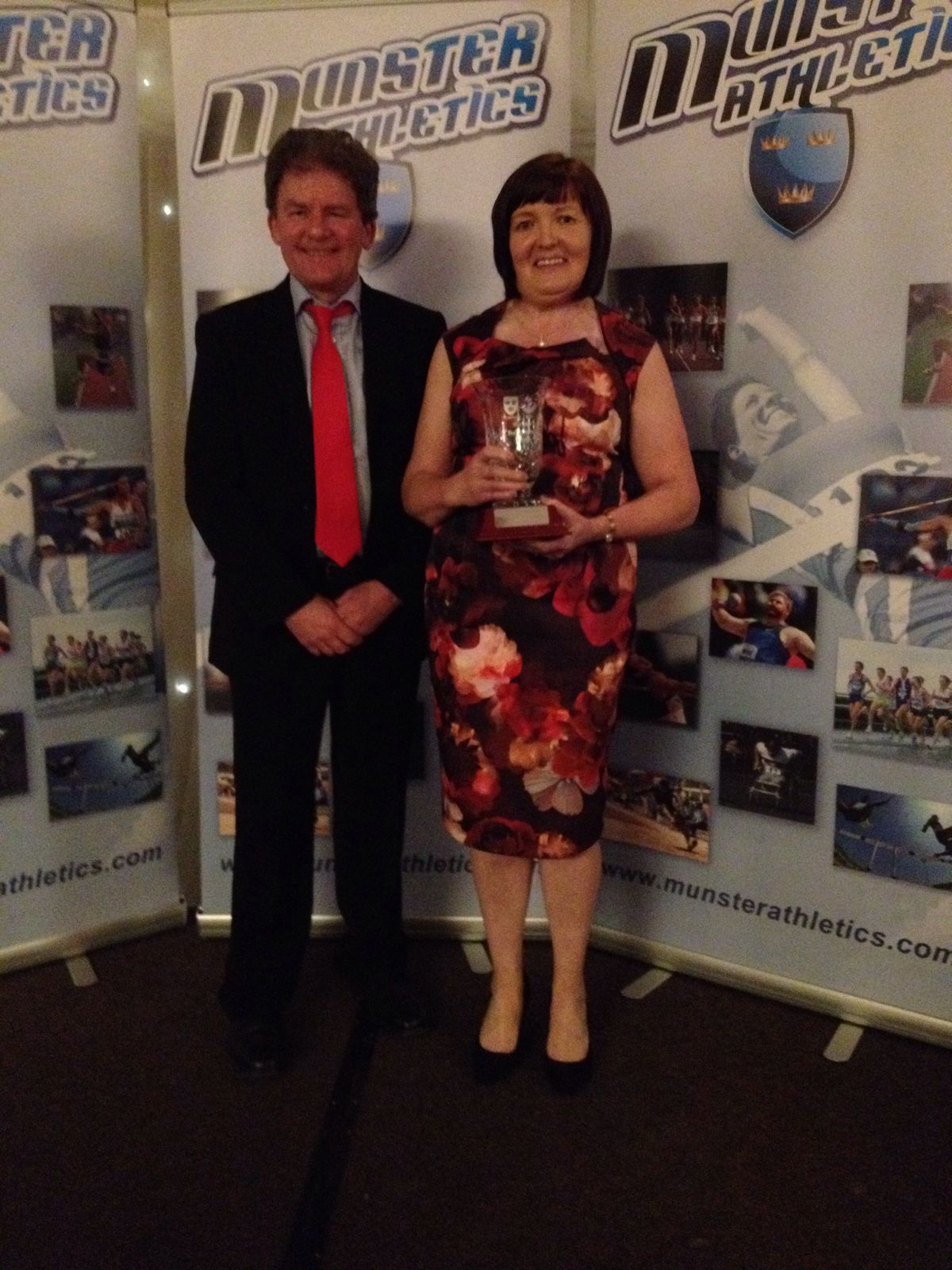 John and Brid Moore at the Munster Star Awards.

“I’m honoured to get the Munster Senior Star Award for 2016 to add to my 2012 Munster under 23 award,” Kevin told South Tipp Today.

“2016 was a breakthrough year for me winning the Munster Novice Road, Tipperary Senior Road 10 mile and getting two top 10 finishes at the All-Ireland novice and intermediate cross country competitions.

“I’m delighted my mam and dad were there to collect the award for me. They have always believed in me, but never forced me to run and were always so encouraging. When I was running under 9 up until my late teens, I never won any of these races and I was always quite literally making up the numbers at the back of the field. I hope this inspires future kids. You don't have to be winning these races when you are young. The experience will stand to them,” Kevin continued.

Kevin, who is based at Brighton and Hove City AC in the United Kingdom, hopes to better his times from 3k up to 10 mile this year. “I will be home in April to compete in the Tipperary, Munster and national road championships, where I hope to improve again on last year’s performances,” he added. 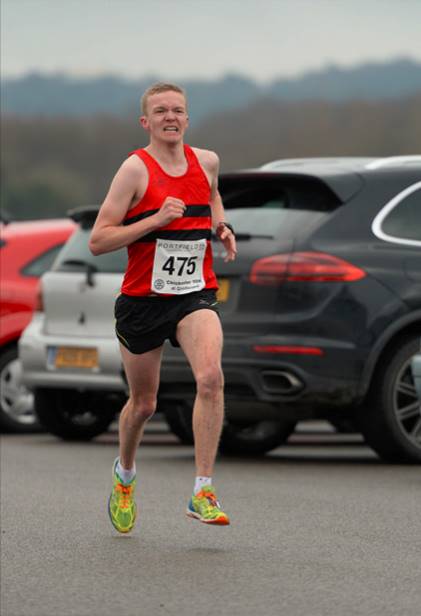