Construction is underway in Carrick-on-Suir on the most struck railway bridge in the country.

Iarnród Éireann, with the support of Transport Infrastructure Ireland, will replace the road bridge on the Pill Road (N24) in Carrick-on-Suir this weekend. 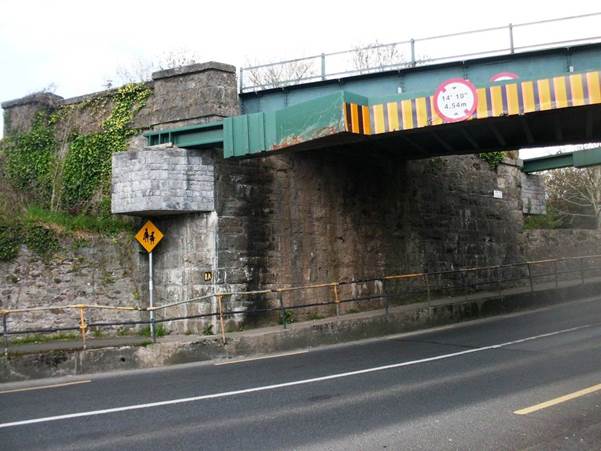 The bridge will be lifted in one movement using a 500 tonne crane. As a result, the Pill Road (N24) in Carrick-on-Suir will remain closed until 8am on Monday 27th February and a traffic management system is in place. Train services will be substituted with a bus transfer between Limerick Junction and Waterford until Saturday 4th March to facilitate the works.

Local councillor David Dunne says the traffic measures in place have been a success so far. "Everything is working perfectly. The shuttle bus transported 50 people in its first hour of operation. An Garda Síochána are doing a fantastic job. There was slight problem on the Waterford side with motorists not reading the signs properly but that has since been rectified. I spoke with [Carrick-on-Suir Fianna Fáil's] Cllr. Kieran Bourke and he is in the same boat as me. There is some traffic congestion on the Portlaw road into Carrick-on-Suir but overall it's working really well," Sinn Féin's Cllr. Dunne tells South Tipp Today.

Cllr.Kieran Bourke also praises the traffic measures. "They're working absolutely brilliantly. Full credit to An Garda Síochána who are out in force at the junction and both sides of Dillon Bridge. It's a huge help that the schools are on mid term which has limited congestion," he adds.

Built in 1931, the bridge is currently a traditional beam and steel troughing construct.  It was fitted with collision protection beams in 2007 to prevent structural damage. However, the bridge has been struck a whopping 41 times since 2009, making it the most struck railway bridge in the country. The current clearance height is 4.54 metres and this will increase to 5.03 metres with the installation of the new bridge. A trial assembly of the bridge took place on Wednesday 22 February.

The new structure was designed by the Iarnród Éireann Structural Department assisted by the design and production teams in concrete specialists Shay Murtagh Precast. It will have a reinforced concrete deck with an embedded rail system to reduce the construction height. The rail embedment system allows the rail to sit in a designed rail holder supported by specialist cork elastic material which sits directly on the deck. This reduces the depth by half a metre as opposed to a conventional railway sleeper with ballast. The track will be raised over 150 metres on the approach to the bridge to facilitate the increased clearance.