Morale is “sky high” in the Carrick United camp ahead of their home FAI Junior Cup quarter final clash with Roscommon side Boyle Celtic.

Goalkeeper-manager Adrian Walsh believes his team have been granted a “tough” challenge against the Sligo/Leitrim League outfit, but says his warriors are “very confident” of progressing in the competition they last won in 2008.

Carrick United overcame tricky away fixtures in the last rounds of the Junior Cup, knocking both Dublin side Rivervalley Rangers and Limerick’s Regional United out after extra time. 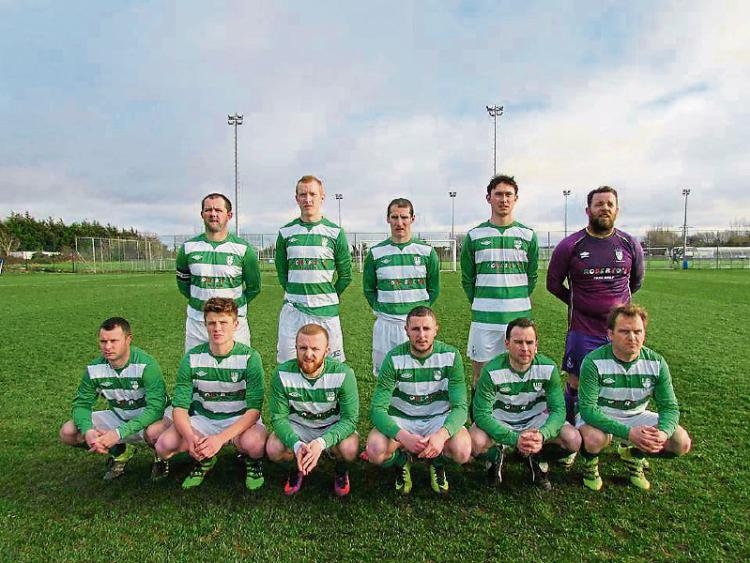 Carrick United are dreaming of lifting the FAI Junior Cup this year.

Walsh, who has 33 international caps and was named Ireland Junior Player of the Year in 2012, has taken a leaf out of Manchester United manager José Mourinho’s book ahead of the mouth watering showpiece at Tom Drohan Park on Sunday, March 12, at 2pm. Cunningly, he says the O’Neill’s Premier League is Waterford side Hibernians to lose, interchangeable with Mourinho’s admission that Chelsea have the Premier League title wrapped up. Like Manchester United, his side feel cup success is well within their reach this season, and they are approaching the game intent on playing the exciting football that has seen crowds follow the team devotedly in Walsh’s 23 years at the club.

Walsh has got a concoction of youth and experience amongst his ranks, with an array of talent to choose from including former Ipswich striker Jack Doherty who trained under Mick McCarthy.

He laughs off suggestions linking any of his Carrick United heroes to the Chinese Super League, with Lee Costello’s transfer to Waterford FC’s under 17 side the only confirmed absentee going into the tie.

Carrick United veteran Walsh has played for the premier side for the best part of two decades, but at 35 years old remains as hungry as ever to add more silverware to his already impressive trophy cabinet which includes 11 Waterford League titles, six Waterford Cups, three Munster Junior Cups, one Munster Senior Cup, an Oscar Traynor Trophy, and an FAI Junior Cup.

Stay up to date with Carrick United team news ahead of the clash right here.