Heathwave to hit Tipperary in June

Australian actor Dan Ewing is returning to Tipperary this summer.

The 31-year-old, better known for his role as Heath Braxton in hit RTÉ soap Home and Away, will do an all ages fans event at The Central Bar in Roscrea on June 14. 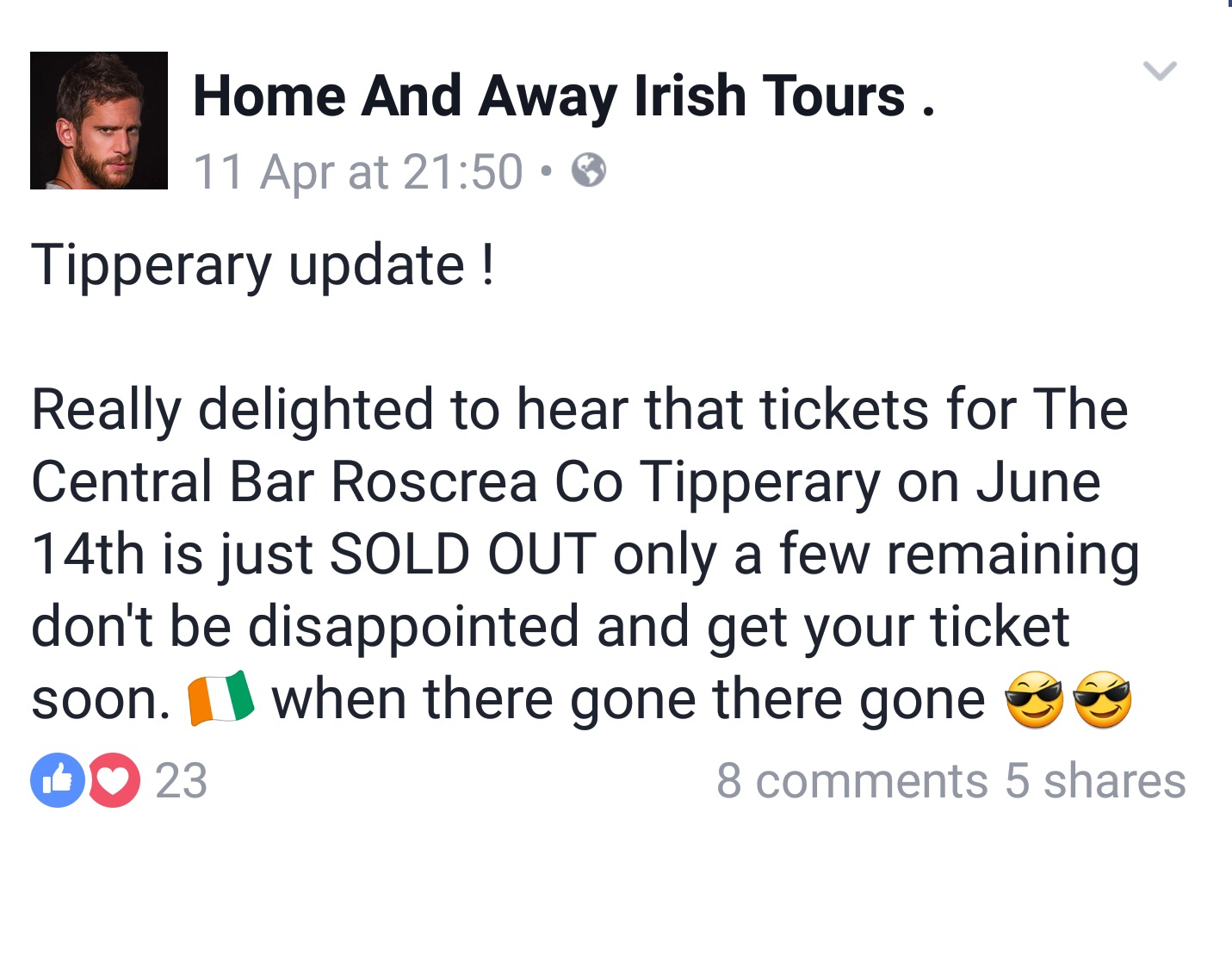 Ewing was in Ireland earlier this year for a St. Patrick's tour, but the closest he got to Tipperary was a stop off in Kilkenny. 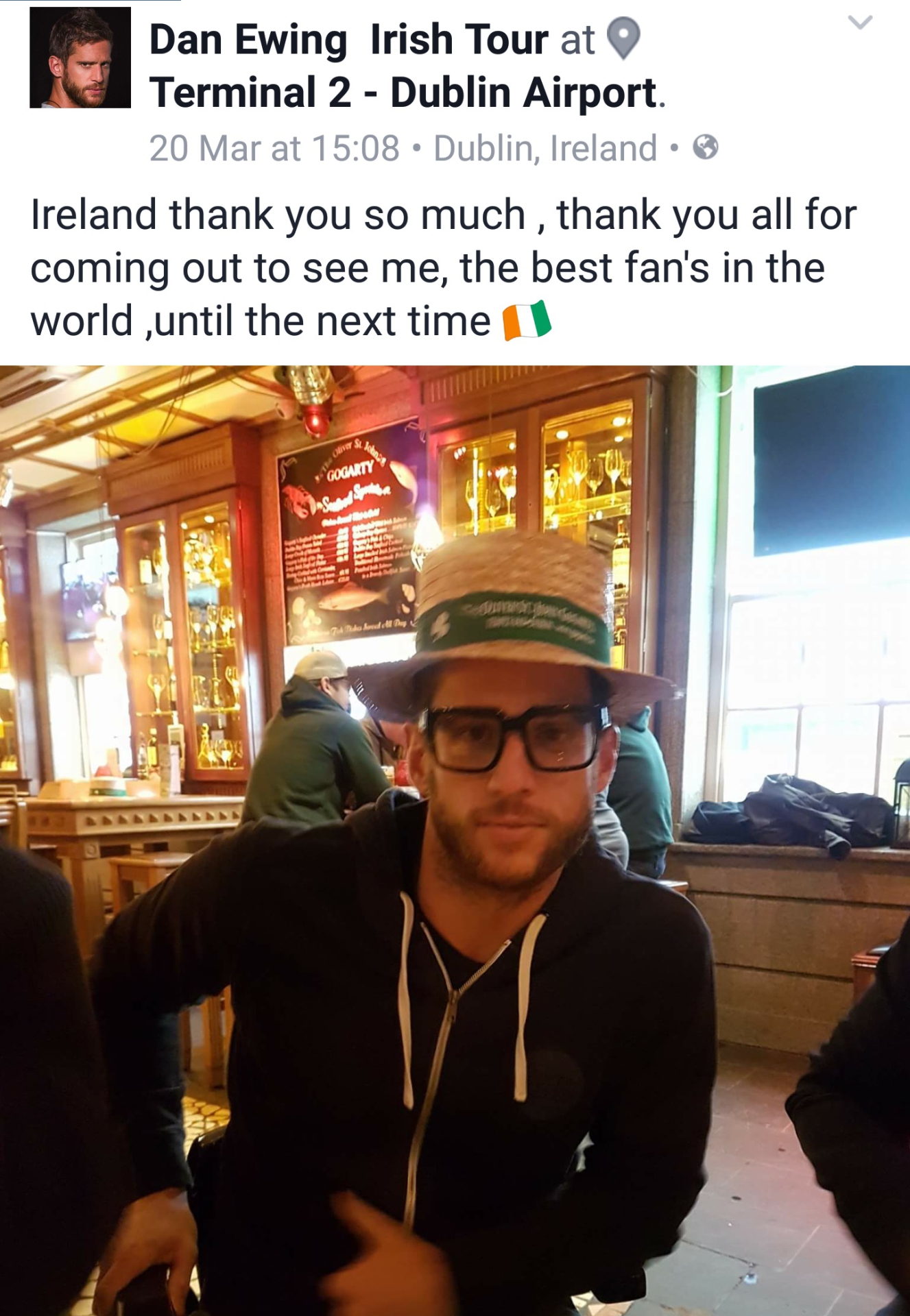 The success of March's events have prompted an imminent return visit, with Ewing's most recent stayover in the Premier County dating back to November 2014. On that occasion, crowds packed into Lar Corbett’s Bar @ Coppingers in Thurles for a meet and greet with Ewing who wore a leather Superdry jacket, black jeans, a grey t-shirt and black boots.

Before entertaining his adoring faithful, Ewing, who enjoys whiskey with coca cola, had a quiet drink and spoke to The Nationalist about becoming a father, his gym-diet lifestyle, dreams for the future and his love for Ireland.

He gave a delightful rendition of Happy Birthday, and engaged in banter with a local man who was wondering why a female frenzy had taken over his perch at the bar.

“I love the Irish people and the Irish culture. Big cities are big cities anywhere you go. The people here in Tipperary are so receptive and so lovely," he smiled.

Ewing offered an “holistic approach” to keeping fit and healthy.

“70 per cent of it is diet. Concentrate on your vegetables as opposed to the amazing Irish bread I’ve been having over here.

“The secret is to train hard but the diet is the most important thing. I’m a real believer in real core strength. I prefer to do 12 reps of 80 kg as opposed to doing one rep yelling and putting it down, but as long as I can pick up my son [Archer] that’s the main thing,” Ewing laughed.

Tipperary Home and Away fans excitement is palpable ahead of Ewing’s awaited return.