A courageous Tipperary mother is ‘living a nightmare’ since being diagnosed with early onset dementia three years ago.

Cashel’s Kathy Ryan, mother to Andrew (22) and Matt (20), is deteriorating by the day and collapsed recently.

In a heartfelt interview as part of The Alzheimer Society of Ireland’s Tea Day on May 4, Kathy details ‘fading away’ in front of her two sons. “The boys have been great support, but I don’t want them babysitting me now. Yes I’m disappearing, and there will be a time when I can’t be left alone and will need them even more,” an emotional Kathy tells The Nationalist.

Kathy and her sons Andrew and Matt were VIP guests for the Pro12 clash between Muntser and Leinster at Thomond Park on St. Stephen's Day. They received a signed Munster jersey and rugby ball.

56-year-old Kathy continues to drive, but can no longer read, work, volunteer and struggles to send emails. “I’m exhausted more than the average person my age and always need to have things in place.

“My reading has been dramatically impacted and I even lose the plot with light-hearted stuff,” she continues.

Kathy believes the stigma surrounding dementia is ‘disgusting’. “People look at me and think ‘you can talk so there isn’t anything wrong with you’, but it has taken a lot for me just to be here today.

“I got out of my car in Clonmel recently and a few things came at me like a text message and what I needed to do in town. I suddenly didn’t know where I was.

“I became flustered at the checkout in the supermarket and tried to explain myself but got the typical ‘Yeah right, tell us another one - we all have a bit of that’ response from the shopkeeper. That hurts a great deal. People with dementia shouldn’t have to watch everything they say,” she reiterates.

Kathy is afraid to think of where she would be without the support of The Alzheimer Society of Ireland. 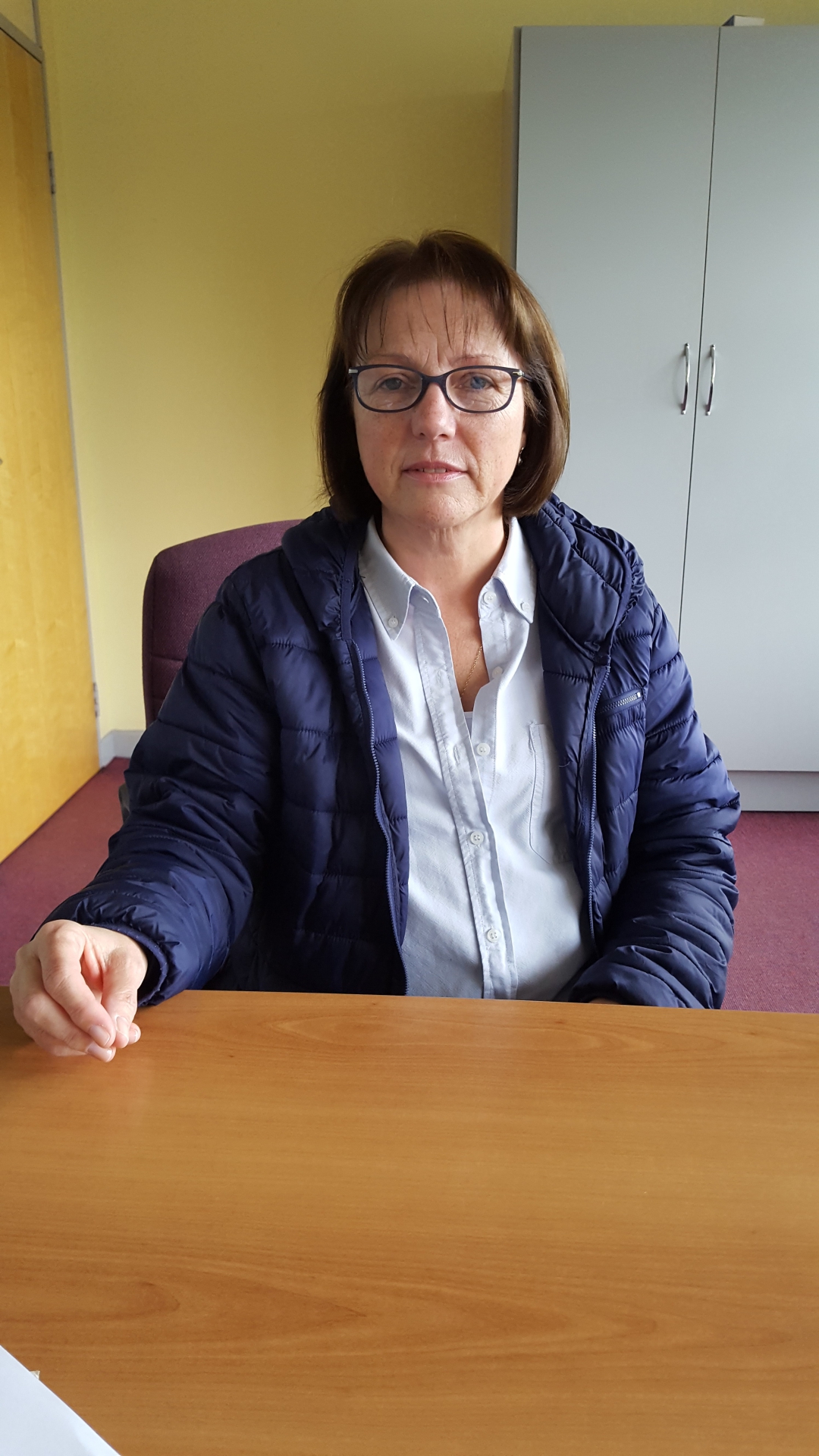 Kathy Ryan encourages Tipperary to support The Alzheimer Society of Ireland's Tea Day on May 4.

She says home care co-ordinator Catherine Bartels at the Le Cairde Day Care Centre in Clonmel and dementia advisor Amy Murphy have been rocks of support. “I would be severely depressed without The Alzheimer Society of Ireland. Family carers are my heroes and do a thankless, 24/7 job,” Kathy praises.

But Kathy is adamant that more supports need to be put in place to help families cope with dementia diagnosis. “My one wish is that there should be a dementia adviser in place from day one to answer questions instead of just being told by a doctor to get yourself in order. Eight dementia advisers for the entire country just isn’t enough. GPs are at a massive disadvantage because they don’t have the training.

“This is not considered a long term illness, yet you need to be over 66 to access many of the supports and services out there. I was encouraged to go on disability allowance after diagnosis and given a council house in Cashel. Trying to maintain the house on around €180 a week is impossible.

“My boiler went last winter and I had to wait four days before I could get it fixed. I had to go to St. Vincent de Paul to get help with oil. That was tough to do at 56.

“I don’t want people to feel sorry for me, but there shouldn’t be an age attached to dementia and people with early onset need more support. We got 25,000 people to sign a petition last year and still not a penny has been invested.

“There is only so many times you can wash the dishes and do house chores. I try to stay in contact with the working group and friends, but there are very few outlets I can afford without Government support,” she underlines.

At this moment in time, Kathy is transfixed. She is scared of the inevitable and yet grows in self-awareness with time. “I sank into a black hole when I was on my own last week and just sat in front of the TV. It has taken a lot to pull myself out of that and I’m feeling more positive today.

“I’m living a nightmare, but I am more vigilant now than I was three years ago and try to catch myself before I slip into the black hole that is always there,” she highlights.

Kathy is vice-chair for the Irish Dementia Working Group and is passionate about educating the nation on dementia. “People have the right to information, especially when so many families are affected with dementia. It's estimated that over 55,000 people have dementia in Ireland.

"I have given talks at novenas, in universities and at Leinster House. The message I give out is that it’s ok to have dementia, but we need help, support and acceptance in society,” Kathy adds.

To register for an Alzheimer’s Tea Day fundraising pack or for more information, visit www.teaday.ie or call 1800 719 820.