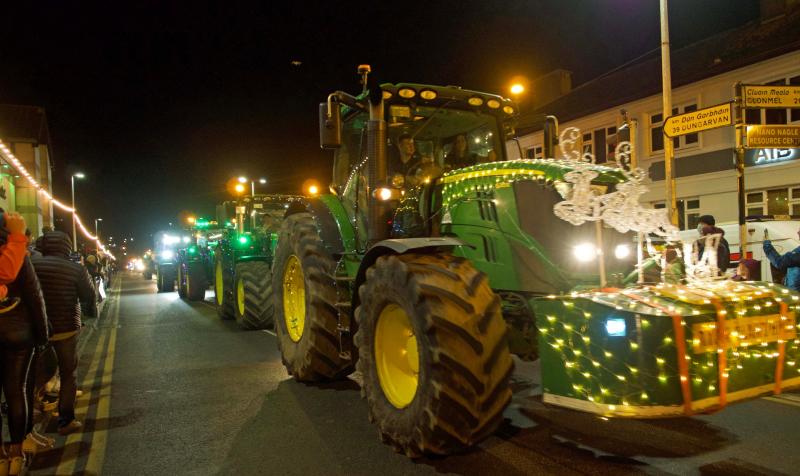 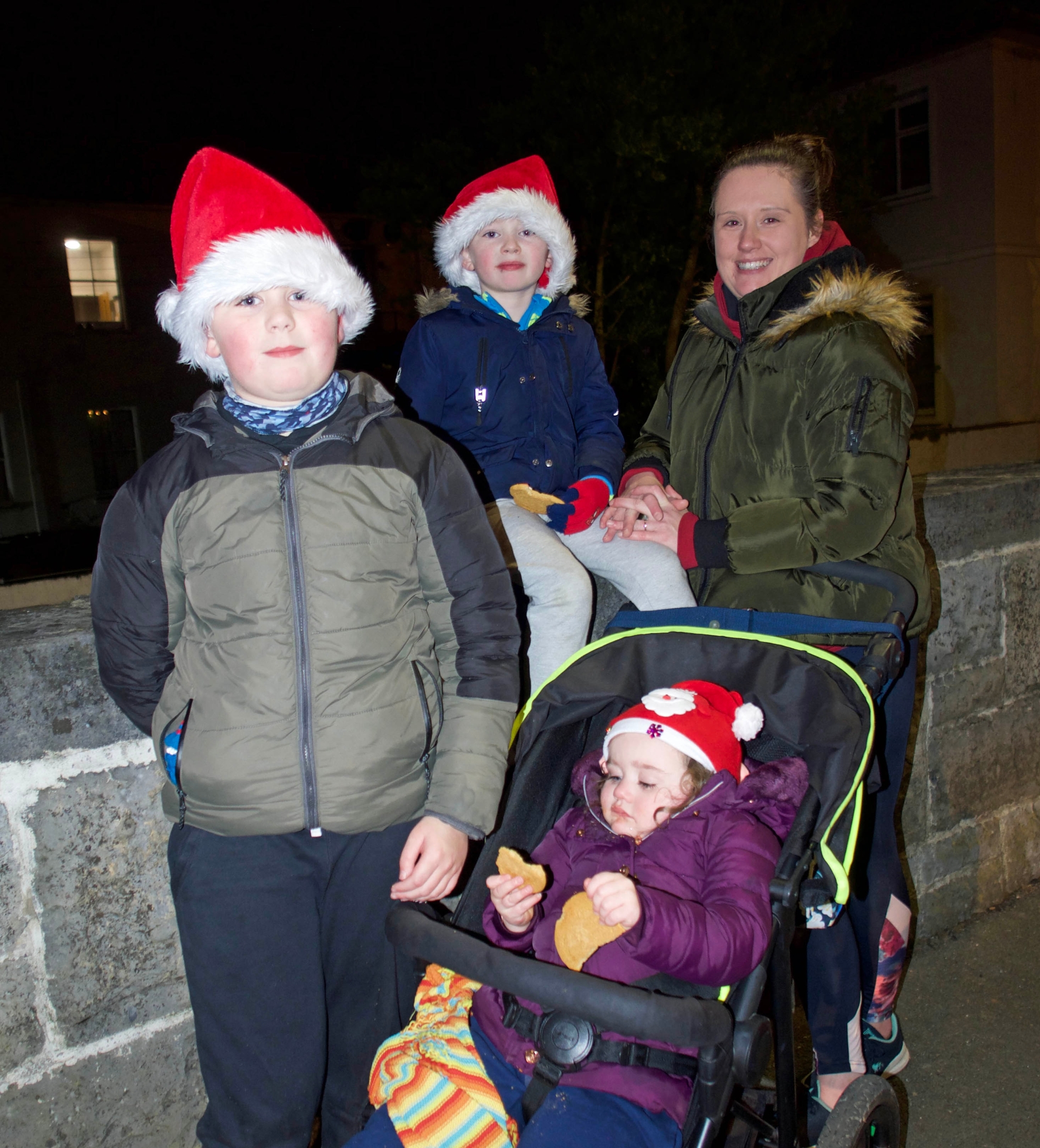 Thousands of people gathered on the streets of Carrick-on-Suir and in communities in its hinterland last Saturday evening to watch a pageant of 44 tractors glowing in Christmas lights.
The eight annual Christmas Tractors of Carrick-on-Suir Parade was the perfect festive season antidote to the doom and gloom of the lingering Covid pandemic and its associated restrictions.
Last year's format that included a tractor run from Piltown to Carrick-on-Suir via, Fiddown, Portlaw, Clonea and Rathgormack was repeated to ensure spectators were stretched out over a longer distance to assist with preventing the spread of Covid.
Parade organiser Stuart Downie of the Crop Cruisers tractor drivers said he was “blown away” at the public turn out all along the parade route. He estimated it was the biggest attendance ever at the event.
Santa hitched a lift into Carrick on the front loader of one of the tractors. There was also an opportunity to see the mighty machines up close at the parade’s finish point at New Street Car Park where some festive amusements were laid on for children.
The Crop Cruisers used the parade as a fundraiser for the Clare's Wish Foundation, which grants wishes to adults with terminal illnesses. Mr Downie said they have so far raised about €1,000 for the cause and money is still coming in.
He confirmed the Crop Cruisers will stage the ninth Christmas Tractors of Carrick Parade next year.

Check out more photos from the Christmas Tractors of Carrick-on-Suir Parade published in this week's print edition of The Nationalist now on sale in local shops.