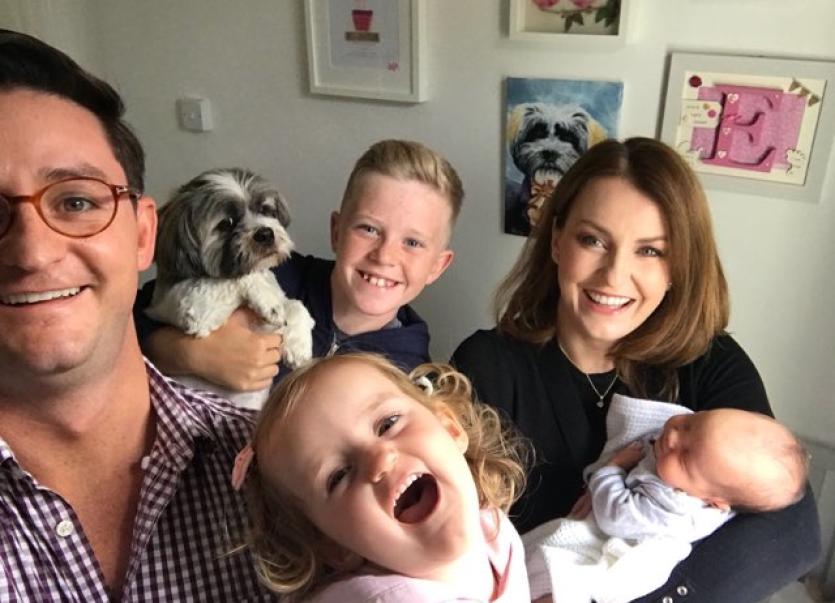 The wife of a County Tipperary businessman is enjoying the experience of a lifetime on hit RTÉ One series Dancing with the Stars.

Married to Clonmel’s Louis Ronan, broadcaster and entrepreneur Mairéad Ronan says deciding to take part in Dancing with the Stars was the “best decision” of her career, praising her husband and Clonmel family for their support throughout the journey.

“I have always loved the show and was flattered when they asked me to take part back in September, but I immediately said no because I was just after having Bonnie. Louis said I was mad to turn down something I love, so we had long chats about how I would be missing from home life and decided to go for it,” Mairéad tells Tipperary Live.

“It is really, really hard. As the saying goes, 'it takes a village to raise a child' and I am leaning heavily on my village people right now - Louis’ parents Kate and Louis are up and down from Clonmel all the time, my childminder who has been with us for 10 years, and my family. We have loads of support.”

Mairéad and Louis got married in Ballyclerihan in 2015 and have three children - Dara (11), make-up mad Eliza (2) and Bonnie (five months). She praises her professional dance partner, Kilkenny native John Nolan, for accommodating family life. “John has been brilliant. We start at seven in the morning and finish at three o’clock most days so I can get home to be with the kids.”

Mairéad had never been for a dance lesson before Dancing with the Stars, admitting that she only danced in nightclubs and at weddings. “My first dance lesson was with John in December. Some dances are easier to pick up than others. I would have known last week’s dance by Thursday from start to finish and spent Friday putting the finesse on it. This week’s dance is very, very difficult," she teases, without revealing what moves viewers can expect on the dance floor this Sunday.

This season’s Dancing with the Stars features an impressive line-up, which includes Irish rugby legend Peter Stringer, Young Offenders star Demi Isaac Oviawe, five-time Dublin All-Ireland winning footballer Denis Bastick, comedian Fred Cooke and Fair City actress Clelia Murphy. Mairéad says everyone is “really supportive” of each other, smiling that she has made friends for life from Dancing with the Stars.

“John and I train out in his dance studio - it’s great, you get loads of work done and there’s no interruptions. When we train with the group, you can see when someone is struggling with a dance and having a bad day. You might of had their dance before and can give advice on what worked for you.

“We are all getting on really well. Clelia and I talk on the phone every day and John’s going to struggle to get rid of me after I’m kicked out of the competition. I’ve known Peter Stringer with 10 years and we were chatting before the series wondering what we had left ourselves in for. I also knew Fred, and I’ve been in Croke Park so many times screaming for Denis so it’s nice to be in the same competition as him. The competitiveness might start to pick up when it gets down to the last four or five.”

Mairéad needs your vote when Dancing with Stars returns to RTÉ One on Sunday at 6.30pm.  She is dreaming of making it to Switch-Up Week on February 10, where each celebrity will dance with a different professional, as voted for by the public.

"Before we come down the steps ahead of the show is when I feel the most nervous and that’s where I have the biggest knot in my stomach because you realise the show is live on air and you can’t escape out an exit," Mairéad laughs.

“I would love to get Kai Widdrington for Switch-Up Week because himself and John are quite similar dancers. Dancing with the Stars has definitely been the best experience I have ever had work wise. Getaways times a million,” Mairéad adds.