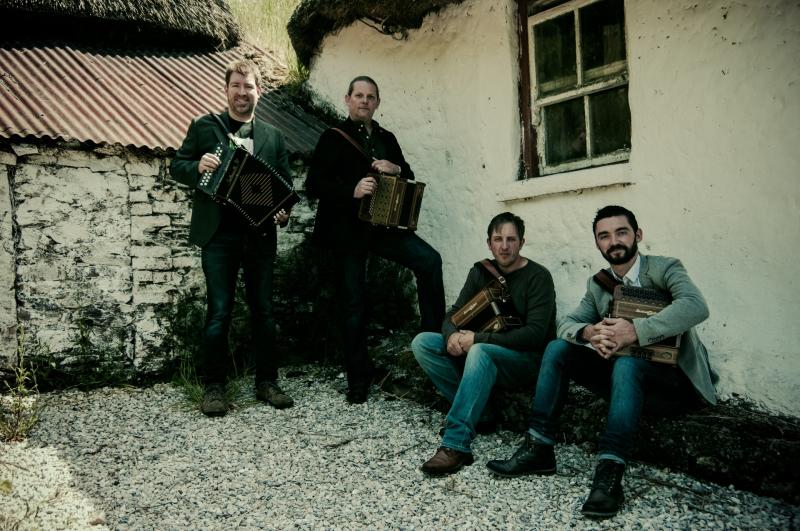 A Tipperary man is at the heart of a Irish and Newfoundland traditional music band’s new album.

The cover for Cordeen’s album ‘Musical Bridge’, which is due to be released on Thursday 8th June to coincide with their ten day Irish tour, was designed by renowned artist Des Dillon. 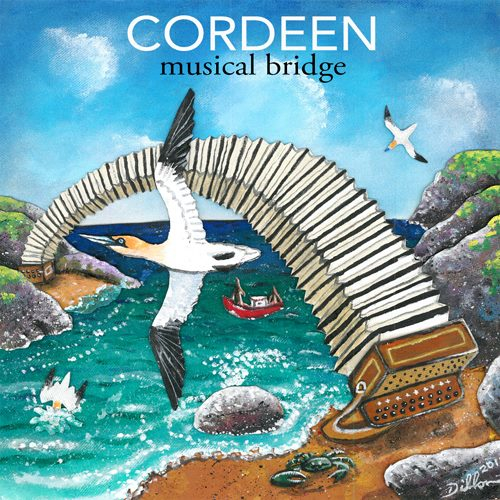 The cover of ‘Musical Bridge’, designed by Des Dillon.

And Cordeen, a quartet of virtuoso accordion players and singers from both sides of the Atlantic, will celebrate its release that night with an exclusive Tipperary gig at Fethard Convent Community Hall.

Des, who is a huge Cordeen fan, explains how the album cover’s details make the difference.

“Band member Benny McCarthy approached me to design the album about six months ago as he had decided to have some sort of landscape or seascape on the front cover rather than a photograph of the band.

“I had visited Newfoundland in 1998 for a couple of weeks and what struck me was that the beautiful landscape close to the sea was very similar to the landscape in Ireland, especially along the coast of Kerry.

“The fact that Cordeen consists of four accordions - two members from Newfoundland and two from Ireland - I felt that the accordion music was the link that brought them together.

“I have stood many times on the tip of Bolus Head in south Kerry looking out to sea knowing that Newfoundland was the first place you would see if you travelled straight across the Atlantic Ocean.

“So I came up with the image of two islands with the accordion being like a bridge that links them together and that helps to keep the musical connection  between the two islands open.

“I also put the gannets into the picture which to me are a great symbol of the wild seas and are also found off the coast of Newfoundland.

“Benny and I then came up with the title of 'Musical Bridge', both as a literal interpretation and also as a term used in music,” he notes. 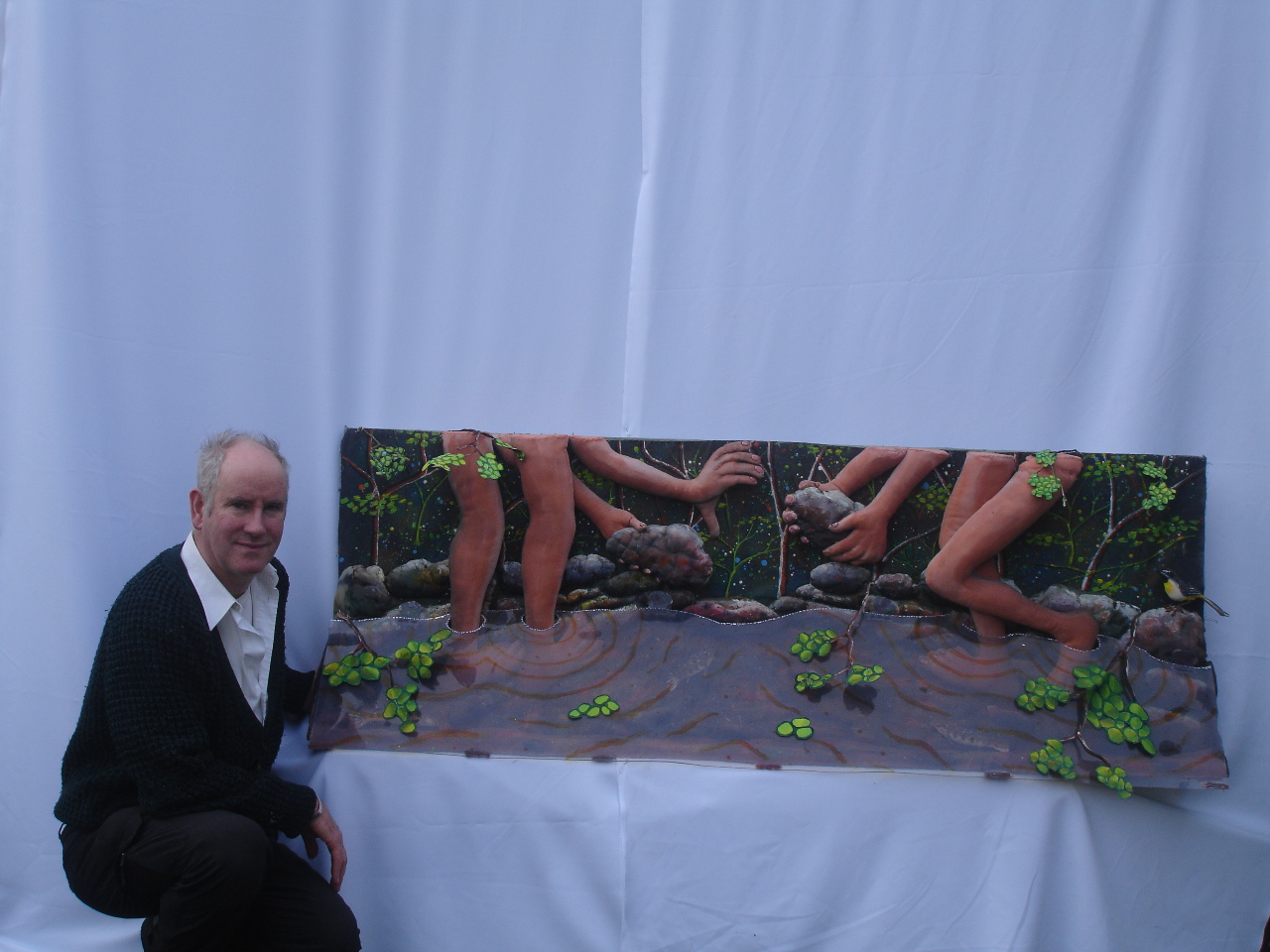 Des Dillon with some of his artwork.

Benny McCarthy says Des was the “obvious man for the artwork” on their new album.

“Des is a great friend of mine for years  .... and  is one of Ireland's great artists. He has a huge understanding of music and the instruments we are playing here as he plays melodeon himself.

“He also visited Newfoundland in past years so has an understanding of its connections to Ireland in landscape, people and music.

“The cover is really beautiful, full of detail, colourful and positive just like the music we recorded. A perfect match,” Waterford’s Benny smiles.

Benny promises “a superb night of entertainment” in Fethard on Thursday 8th June at 8pm.