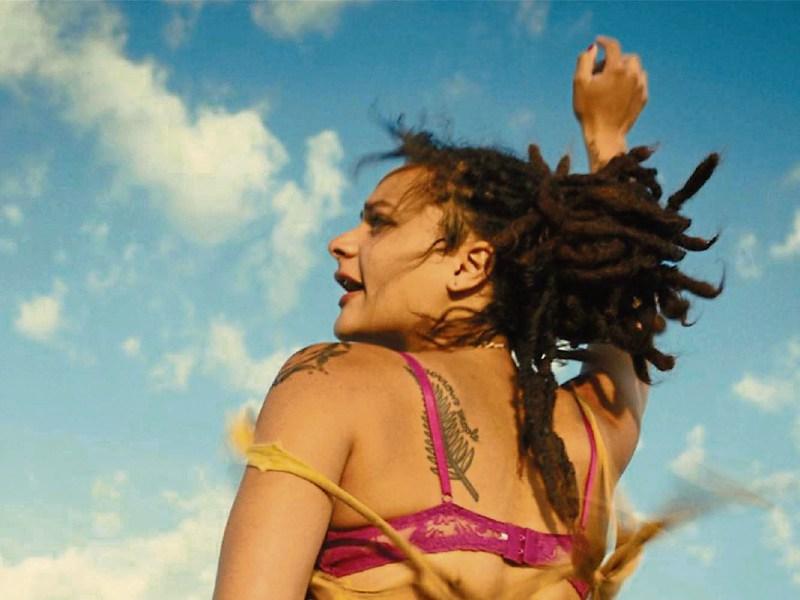 A teenage girl seizes the opportunity to escape her troubled home life when she joins a mag crew on the open road in Andrea Arnold’s captivating coming-of-age drama American Honey.

Free-spirited but lonely 18 year-old Star (Sasha Lane) is trapped in a poverty-stricken and abusive existence in her American Midwest home when we first meet her. However, she sees a way out when she is invited to join a motley crew of teenagers who travel around the country in a van selling dubious magazine subscriptions door-to-door while spending nights in cheap motels. Their boss is Krystal (Riley Keough), a tough overseer who threatens and disciplines her charges to keep them in line. Star soon embraces her new life of long working days and nights of hard partying while a budding romance develops between her and Krystal’s right-hand man Jake (Shia LaBeouf).

British director Arnold who made her name with notable films like Red Road, Fish Tank and her unique take on Wuthering Heights continues her upward trend with a focus on America’s lost generation as they roam from one town to another surviving on love, sex and drugs under the blazing sun of the American South. A breakout performance from newcomer Lane and a pulsating soundtrack make this a must-see.

American Honey will be screened in The Source Arts Centre in Thurles on Wednesday, 15th March at 8pm.