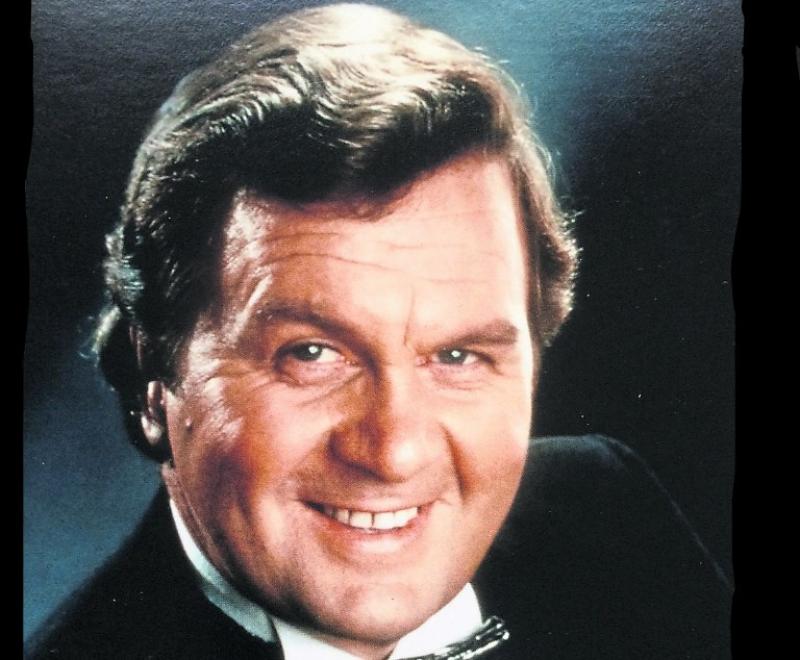 A special episode of Nationwide is set to shine a spotlight on ‘Ireland’s golden tenor’ Frank Patterson this week, ahead of a celebratory concert of his life and music at the National Concert Hall Dublin on Saturday.
Following a countywide poll earlier this year among readers of the Tipperary Star and The Nationalist, the late Frank Patterson was named as the greatest ever person from the Premier County.
Nationwide presenter Anne Cassin travelled to Clonmel to meet members of Frank and his late wife Eily’s family to learn more about the man who famously became the first ever Irish man to sell out Radio City Music Hall in New York.
The episode also features interviews with Frank’s family, including his sister Imelda, and internationally acclaimed tenor Anthony Kearns.
Frank Patterson was born in Clonmel on October 5, 1938. Growing up he performed with his local choir and was an active member of St. Mary’s Choral Society before moving to Dublin to study at the National Academy of Theatre and Allied Arts.
In 1964 he entered the Feis Ceoil, taking home the top prize in several sections including Oratorio, Liderder and the German Gold Cup. He then went on to secure several scholarships allowing him to further his studies in London, Paris and the Netherlands.
It was while in Paris that a radio broadcast featuring a young Patterson caught the attention of Philips Record Company, leading to his first record - My Dear Native Land. He went on to perform with prestigious orchestras across Europe, earning a reputation as a singer of Handel, Mozart, and Bach oratorios and German, Italian and French song.
A devout Catholic, Patterson also sang in front of one million people during the Papal Mass for Pope John Paul II in Phoenix Park in 1979.
After moving to the US in the early 1980’s, Patterson’s career took him all the way to the White House where he performed for President Ronald Reagan and later Bill Clinton.
In 1987 he made his big screen debut in The Dead alongside Angelica Huston.
Throughout his career, Patterson recorded over 30 albums across six different languages.
He passed away at the age of 61 in June 2000, just six days after performing in Boston, following a battle with cancer.
This special episode of Nationwide will air on RTE on Friday, June 14 at 7pm. Frank Patterson - Ireland’s Golden Tenor comes to the National Concert Hall Dublin on Saturday, June 15. Tickets from €20 - €52.50.