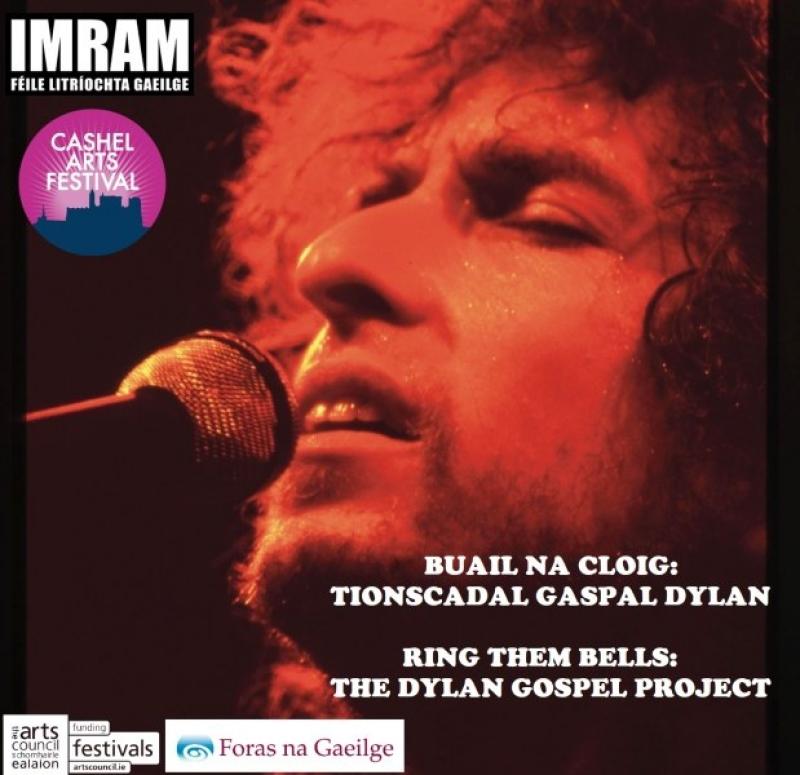 In association with Imram Féile Litríochta Gaeilge, we are delighted to announce Buail na Cloig: Tionscadal Gaspal Dylan / Ring Them Bells: The Dylan Gospel Project has been confirmed as one of this year's headline acts for the Cashel Arts Festival next September.

In the 1980s Bob Dylan shocked his fans by converting to Christianity and releasing three albums (Slow Train Coming, Saved and Shot of Love) of funky fire-and-brimstone gospel music.

His live gospel concerts showcased the most passionate singing of his career. Buail na Cloig/Ring them Bells draws from these albums, and other gospel-themed songs from his career, such as Señor, Knocking on Heaven's Door and Ring them Bells.