Huge crowds of juveniles, parents and coaches gathered for what was to be a thrilling and competitive competition 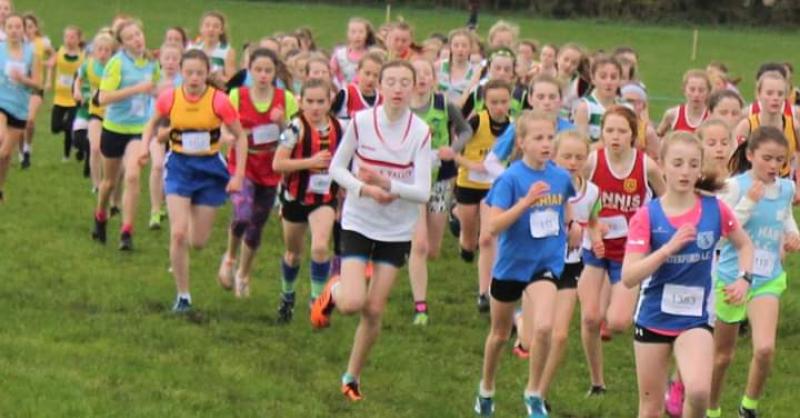 Moycarkey Coolcroo AC were proud to be the hosts of the Munster Juvenile Uneven Age and Senior Cross Country Championships last Sunday November 11 in Two Mile Borris. Underfoot conditions were good despite the incessant rain from the previous two days. Huge crowds of juveniles, parents and coaches gathered for what was to be a thrilling and competitive competition with races starting from u/9 to u/19.
Tipperary athletes and clubs had fantastic results with many individual and team medals won. Tipperary were the 3rd team in the girls u/11 race. Well done to Korisse O'Brien of Tipperary Town AC, Eavann Duffy Clonmel AC, Jessica Ryan Thurles Crokes AC, Megan Ryan Tipperary Town AC, Aoife Maher Moycarkey Coolcroo AC & Ruth O'Connell Moycarkey Coolcroo AC.
Newport AC were the 3rd club team in the boys u/11 race. This team included Charlie Tobin, Colm Ryan, Peter Ashe & Ronan Gaffrey. Shane Buckley of Dundrum AC won the boys u/13 race with Ben Walsh of Nenagh Olympic in 3rd. Tipperary took the silver county medal for u/13 boys. This team was made up of Shane Buckley, Ben Walsh, Cian Flaherty Clonmel AC, Thomas Bergin Templemore AC, Diarmuid Moloney Nenagh Olympic, Daire O'Donnell Moycarke Colcroo AC.
Cian Hodgins of Nenagh Olympic AC was 3rd in the boys u/15 race. Nenagh took the gold club medal, this team was made up of Cian Hodgins, Tom Walshe Nenagh Olympic, Luke Purcell Nenagh Olympic & Jamie Moloney Nenagh Olympic. Tipperary took the gold county medal in the boys u/15 race, the team was made up of the above named Nenagh Olympic boys plus Dara Kennedy of Newport AC and Darragh Minogue of Thurles Crokes AC.
Amy Hayde of Newport AC took the win in the girls u/17 race. Tipperary were the silver medal winning county team. This team included Amy Hayde, Siobhan Whelan of Clonmel AC, Ailbhe O'Neill of Nenagh Olympic, Lucy Mulcahy Nenagh Olympic, Emma Gleeson Moyne AC & Rosie Flaherty Clonmel AC.
Clonmel AC were the 3rd placed club of the boys u/19 race. The team included Evan Fitzgerald, Colm McCarthy, Riain Patterson and Lorcan O'Keefe.
Congratulations to all the Tipperary athletes who took took part on the day. Thanks to those who helped on the day and thanks to all those who helped to set up the field and tidy up afterwards.