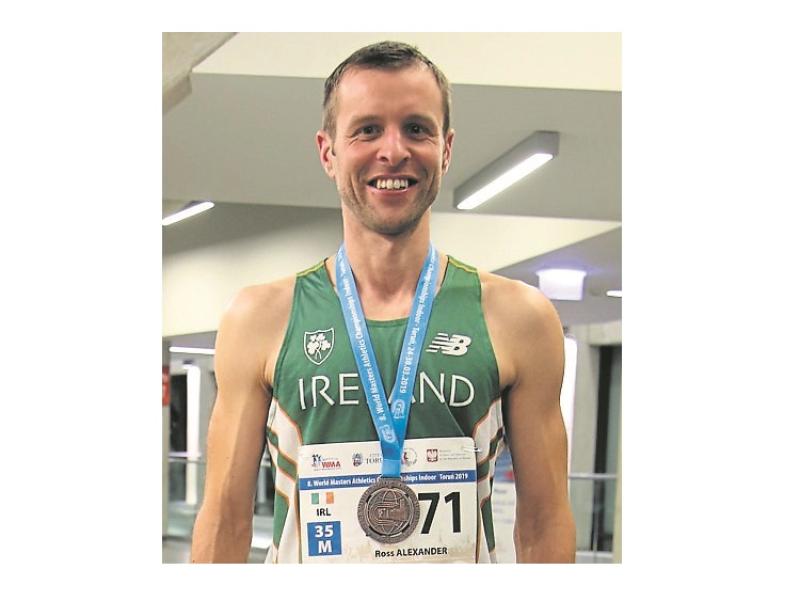 Coolquill AC athlete Ross Alexander travelled to the World Masters indoors which were held in Touron, Poland, to compete in the O/35 3k walk. Against some serious opponents, he went to the start line and he gave an almighty effort and came home in an excellent fourth position, which he was thrilled with. This event took place on the Tuesday. Not satisfied to settle for this, he said he would try the 10k walk on the Friday. This was staged outside on the roads in Touron. There was also a team event in this race where there were three to score. The three were representing Ireland and so the race began and all three of the put in a sterling performance with Ross leading home the team. Not knowing the result for a number of minutes after the event, they were absolutely astonished and truly over the moon when it was announced that they were bronze team winners. What a result, what an achievement. A truly remarkable outcome for Ross, his family and the club. A World Masters bronze medal for Coolquill Athletic Club.