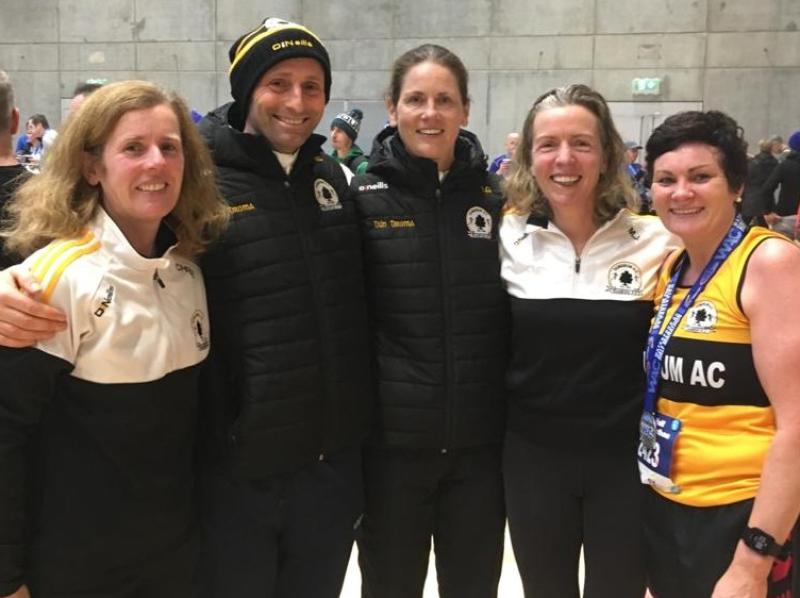 COUNTY NOVICE 'B' CROSS COUNTRY CHAMPIONSHIPS - DOUBLE GOLD FOR RYAN AND HAYES
The County Novice 'B' Cross Country Championships were held held on Sunday, December 8 in the Wind Farm in Lisheen and hosted by Moyne AC. It was windy conditions, with decent enough under footing for cross country. We had 4 women compete over the 3k. Tish Ryan went with the leading pack and stayed put with the leading pack when others dropped. It was a battle for Gold between Tish and Mooreabbey Milers Martina Moloney within the last couple of hundred metres. This is when Tish made her break and won her first Individual Gold. Tish has had a fantastic year of running having only started with the club in January and in a particular a very strong cross country season, so a well deserved win. Next we had 4th Mairead Julian another strong finish after running the Waterford Half Marathon the day before, she was followed by 5th Mary Keane and 7th Laura McCarthy Armstrong. Tish, Mairead and Mary were convincing winners of the Team Gold and Cup. In the Men's race over 5k, Dermot Hayes showed he is truly back in form after suffering from an injury for quite some time. Dermot left the leading pack after a short while and was a clear winner to win Individual Gold. He was followed by 5th Stephen Ryan and 7th Jim Hally. The men won Silver in the team event. 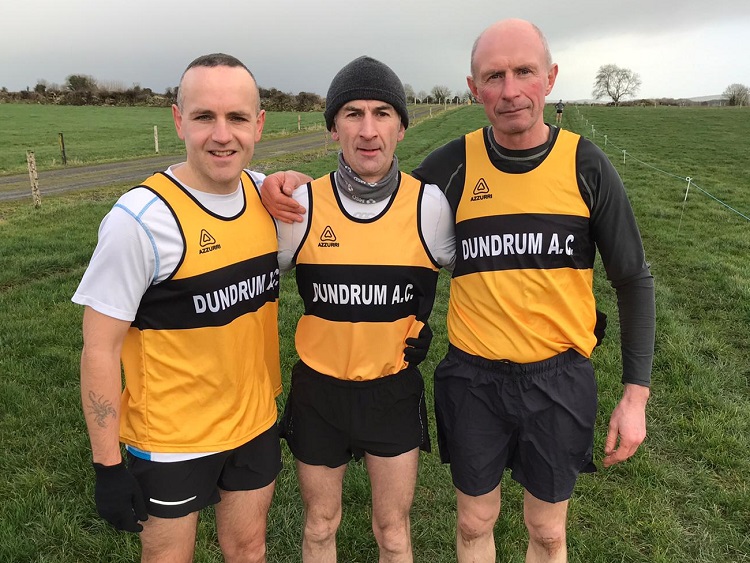 COUNTY JUVENILE 'B' CROSS COUNTRY CHAMPIONSHIPS
The County  Juvenile ‘B’ Cross  Country Championships were held in the Wind Farm in Lisheen and hosted by Moyne AC on Sunday, December 8. We had 13 athletes in action. In the Girls U/9 Molly Butler was 3rd and got an individual bronze medal as did Aine O’Neill for finishing in the Top 10. We had 2 more Top 10 finishers in the Boys U/9 Sean O’Neill and Thomas Hennessy got individual medals. In the Girls U/11 we had 5 athletes Nollaig Kilmartin, Chloe O’Neill , Muireann O’Neill  getting individual Top 10 medals and they were closely followed by Amy O’Keefe and Anna Ryan. The team won the Silver medals. In the Boys U/11 our team of Oisin O’Neill, Cian Buckley and Shane Hennessy won the Bronze Team medals. Kate Guilfoyle won the bronze medal for finishing 3rd in the Girls U/15 . Next week we go to the all Ireland Uneven ages in Dunboyne where we have five juveniles running.