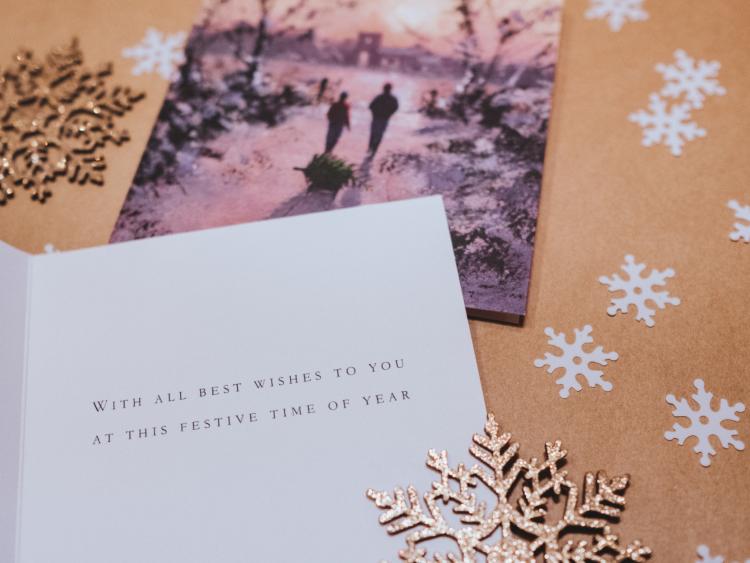 Limited gatherings, families stuck abroad and loved ones adhering to social distancing guidelines has resulted in a surge in greeting card sales according to Eason Thurles owner Tom O’Toole.

“It’s been our busiest year for Christmas cards in about a decade and other retailers I’ve spoken to have noticed similar trends,” he tells the Tipperary Star.

Tom, who has operated his newsagents business in the shopping centre for 24 years, says that initiatives from An Post, such as Adam King’s ‘virtual hug’ postmark on letters, have also helped the public rediscover the joy of sending cards to friends and family.

“People sending cards and letters to nursing homes and hospitals was another fantastic initiative. My own granddaughter sent cards too and I thought it was such a special idea to let people know they are being thought of.”

Like many other retailers, Tom had to close his Eason Thurles store in April when the initial restrictions were imposed however they were able to successfully trade throughout the second lockdown.

“We operated a ring and reserve service but we do notice a lot of our older customers haven’t been in and are getting people to do their shopping for them. People are scared and nervous which is understandable.”

“Trade has been much more condensed than other years. Shoppers are coming in earlier, they know what they want and are gone home by about 6pm.”

Tom also praises shopping centre management for investing in signage to help customers navigate the centre safely and his dedicated staff who he describes as “tremendous.”

“They have been taking it all on board and in their stride. Safety of our staff and customers is paramount,” he says.

Tom also says local retailers have benefited from the rise in remote workers who have been looking to local shops for office supplies.

“There were a lot of people commuting to Dublin daily who are now getting their copier paper or takeaway coffee from local shops which has been a welcome boost for many retailers. I think people are realising that their local shop has everything they need on their doorstep.”