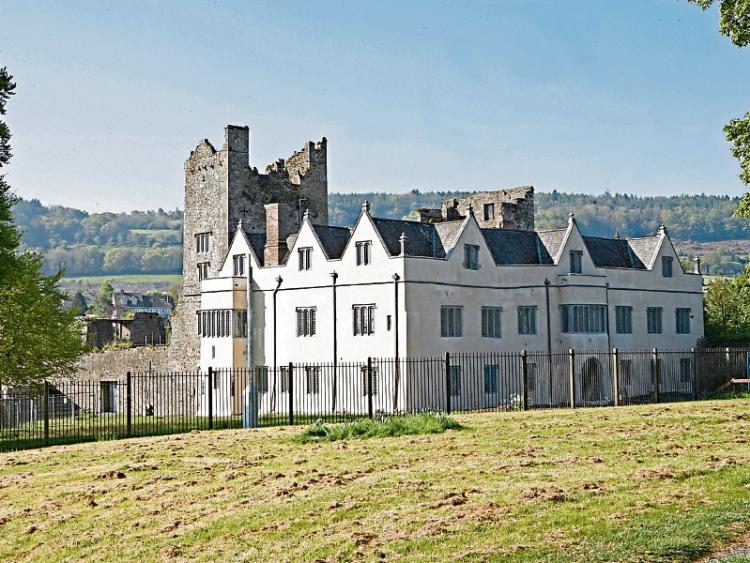 Carrick on Suir's Ormond Castle with the Castle Park in the foreground. Picture Anne Marie Magorrian

Tipperary County Council has devised a draft ecological improvement scheme for Carrick-on-Suir’s Castle Park and is seeking the public’s views on the plan to grow wildflower meadow and plant native trees and hedging.
The Part 8 planning application to transform the 1.72 hectacres park in front of Ormond Castle into a paradise for pollinators is currently public display on Tipperary County Council’s website and Carrick-on-Suir Town Hall.
Long and short grass meadows, a fruit and nut orchard and new walking path are among the key developments proposed in the draft Ormond Castle Park Ecological and Amenity Improvement Scheme.
The council is seeking submissions and observations from the public on the scheme’s shopping list of proposals for the park.
Local community groups, residents associations, schools, residents, businesses and other stakeholders in Carrick-on-Suir are encouraged to give their views on the draft plan by the deadline date of Monday, May 17.
The draft scheme’s main proposals include:
1. Resurfacing and widening the park’s main footpaths and replacing its public lighting with LED street lights that are bat-friendly.
2. Creating a new secondary looped footpath and links that will provide a continuous circuit around the park.
3. The creation of a “gathering space” in the vicinity of Ormond Castle’s entrance with a reinforced grass surface defined by a low native hedge, seats, cycle stands, a water bottle refill station and information board about the built and natural heritage.
4. The planting of semi-matures avenue trees along one side of the main footpath with columnar oaks to replace four existing trees.
5. Planting of native woodland on the eastern edges of the park, comprising a mix of whips with standard trees including oak, birch, holly, Scots pine, whitebeam, rowan and willow.
6. A heritage fruit and nut orchard and long grass meadow is proposed for the park’s western boundary.
The orchard and meadow would include rare and local pollinator friendly species such as hazelnut, chestnut, hawthorn, apples, pears, cherries and plums.
7. A short grass meadow is proposed west of the main footpath including the planting of a strip of wild daffodils along the edge of the path.
8. Another long grass meadowland is proposed to the east of the main path including informal mown paths, deerpark sculptures and native wildflowers.
9. The distribution of habitat creation features such as bird and bat boxes, bug hotels and log piles throughout the part.
Comments and submissions on the scheme can submitted to the email address: castlepark@tipperarycoco.ie, or alternatively can be posted under the heading Ormond Castle Park Enhancement Scheme to the District Administrator, Carrick-on-Suir Municipal District Offices, New Street, Carrick-on-Suir.
Carrick-on-Suir District Administrator Marie O’Gorman said following the conclusion of the public consultation, the finalised Part 8 planning application will come before the June meeting of Carrick-on-Suir Municipal District’s councillors for approval.
Once the planning application for the scheme is approved, the council will use the plan to seek funding to roll out its proposals.