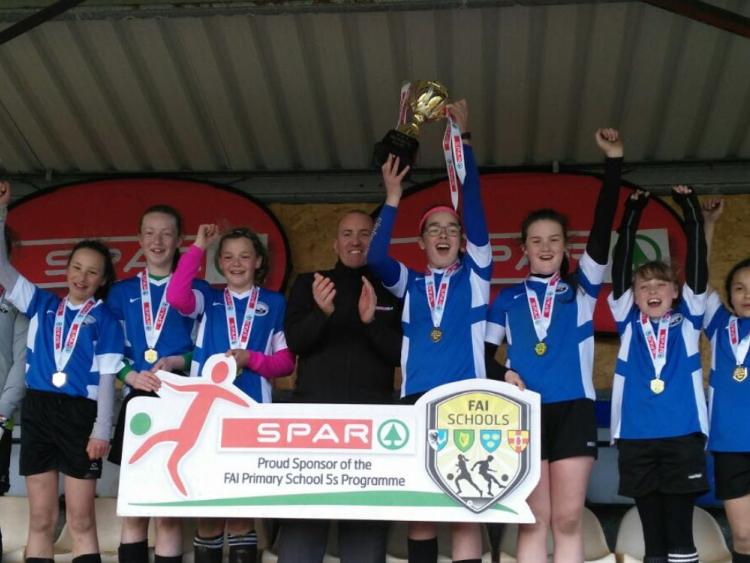 The five-a-side soccer team from St. John  the Baptist Girls’ Primary School, Cashel, have qualified for the All Ireland Finals of the SPAR FAI Primary 5’s competition.

This team won both the County and Munster finals and will now travel travel to the Aviva Stadium in Dublin on Wednesday, May 30, to line out for the All Ireland finals.

On Wednesday, April 24, the team came out on top at the county finals which was held in Two Mile Borris/ St. Kevins. Eight teams from around the county took part in the competition with the Cashel girls defeating Newport convent in the final.

There was great excitement on Wednesday, May 9, when the girls travelled to Tralee for the Munster Finals. Here they defeated teams representing Cork, Kerry and Clare to be crowned Munster champions.

All of the girls on the squad are members of the local Cashel Town Schoolgirls Club and John O’Sullivan and Paul Flanagan from the club have helped to manage the team throughout the competition.

What a remarkable achievement it is for the Cashel girls to reach the All Ireland Final and to have the opportunity to play in the Aviva Stadium. We wish them luck on the day!