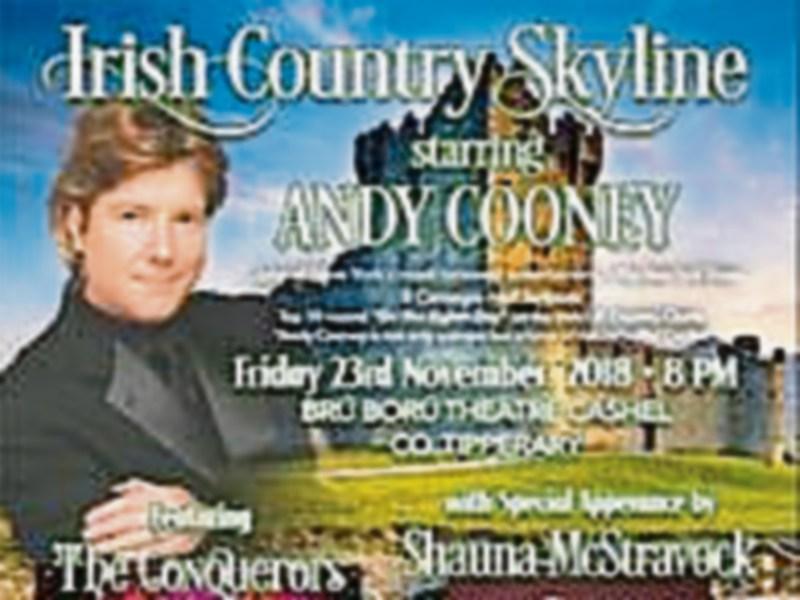 Christened by The New York Times as “one of New York’s beloved entertainers” Andy’s beautiful versatile voice and vibrant stage presence makes him a dynamic performer as he renders songs from his latest CD, “Irish Country Skyline” performing his video hits; “Slaney Valley”, “My Rose of Ballinrobe”, and of course his smash hit “On The Eighth Day”.

Andy will also perform songs from his collaborations with our very own Phil Coulter, “Noreen”, “Remember Me” and “Calling Us Home” to his hits on the American-Irish scene, “The Irish Wedding Song”, “Boston Rose” and “Daughter of Mine”. Andy is also one of “The New York Tenors” who have been receiving high critical acclaim and will enjoy their seventh Carnegie Hall performance this December 10th. The name Andy Cooney has also been associated with “The Cruise of Irish Stars” which for the last 21 years draws over 1,000 Irish and Irish Americans on a Caribbean Cruise where there are entertained by many talented top-class Irish artists. Andy’s special guest for this exclusive concert is Country singer and TV presenter of Shauna’s Country TV Show, the talented Shauna McStravock who hails from Co. Tyrone. This show will also feature The Conqueror’s, one of Ireland’s most popular and entertaining bands. Sure to be a sell out this concert will excite and entertain with such top class artists.