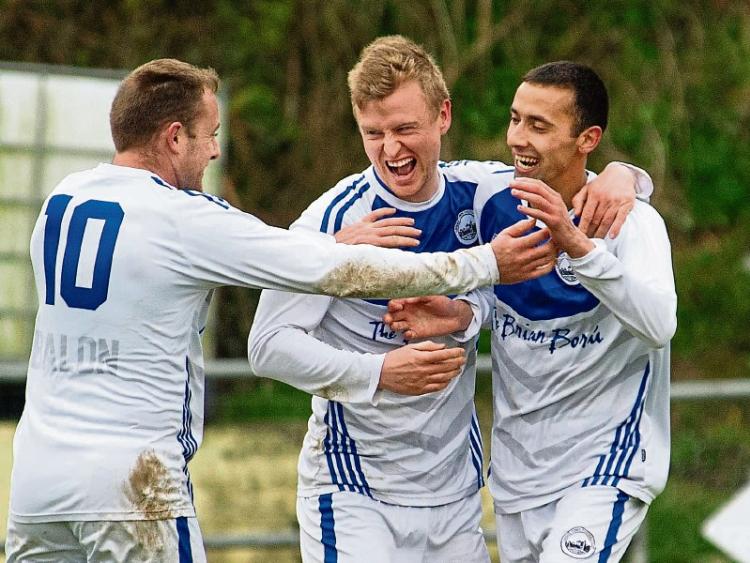 Cashel Town returned to the top of the First Division table league with a very good display at Palmershill on Sunday that sees them remaining unbeaten in all competitions this season, and looking more and more likely to be back in Premier League action at the start of next year unless the wheels come off  the wagon.

From the word go the home side stormed out of the blocks and were ahead after ten minutes when a wonderful cross from right back Daithi Hall found ret hot in form striker James Harding who made no mistake in finishing from ten yards out.

Six minutes later a super move through the home midfield ended with the ball at the feet of Michael Coleman who doubled his side’s lead with a top class finish from the edge of the area.

That said the visitors were still making a fight of the toe and home keeper Gearoid Slattery had to show good hands to stop a well taken free kick midway through the half.

But the home side pretty much put the tie to bed ten minutes before the break when they again tore up the Slieveardagh United defence and laid the ball off to Harding who found the top corner from 16 yards out with a blistering strike to make it 3-0 at the break.

The second half was a much quieter affair, controlled by the home side even if the visitors did try to give themselves an elusive foothold in a game that never came.

In the end the three first half goals were enough to take the points, and the league leaders go marching onwards relentlessly.