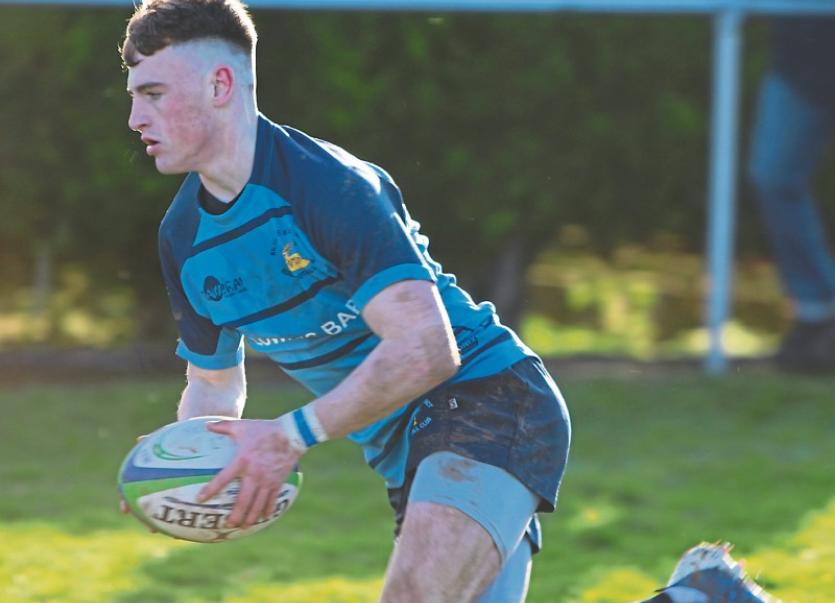 Kilfeacle v Galbally - Kevin Doyle about to finish off a Kilfeacle move with a try.

Kilfeacle and District R.F.C.’s position in the league  Division 1  looks very promising now after their latest win against Galbally, which puts them top of the league.

Tries from Kevin Doyle and James Ryan, which were converted by William Staunton gave Kilfeacle a 14-13 interval lead after Galbally’s Patrick O’Donovan had scored a try, which John Kearns converted, and kicked a penalty. Simon Barry scored an unconverted try for Kilfeacle and John Kearns kicked two more penalties for Galbally.

Kilfeacle have been on a great run of form of late, winning all their league games.

This means that with four  games remaining Kilfeacle have  given themselves an excellent opportunity of league success and do not need to rely on other results going their way.

The main objective at the start of the day was to defeat Galbally, hopefully doing so while not incurring any more serious injuries, particularly with the upcoming Energia All-Ireland Cup Final on the horizon.

The boys in blue succeeded in doing the former but not the latter as Cormac O’Donoghue was stretchered off with what looked like, unfortunately, a very serious injury.

In many such league encounters at this time of the year, with historic finals on the horizon, performances can easily deteriorate into mediocrity, priorities change and enthusiasm wanes. However this was never going to be the case in this local derby.

Kilfeacle won the toss and elected to play with the sun and a slight breeze at their backs for the first half.

A large portion of the first half was played in the visiting side’s 22.

Kilfeacle started the better and during the first 20 minutes built up many scoreable chances, which they were unlucky not to convert. 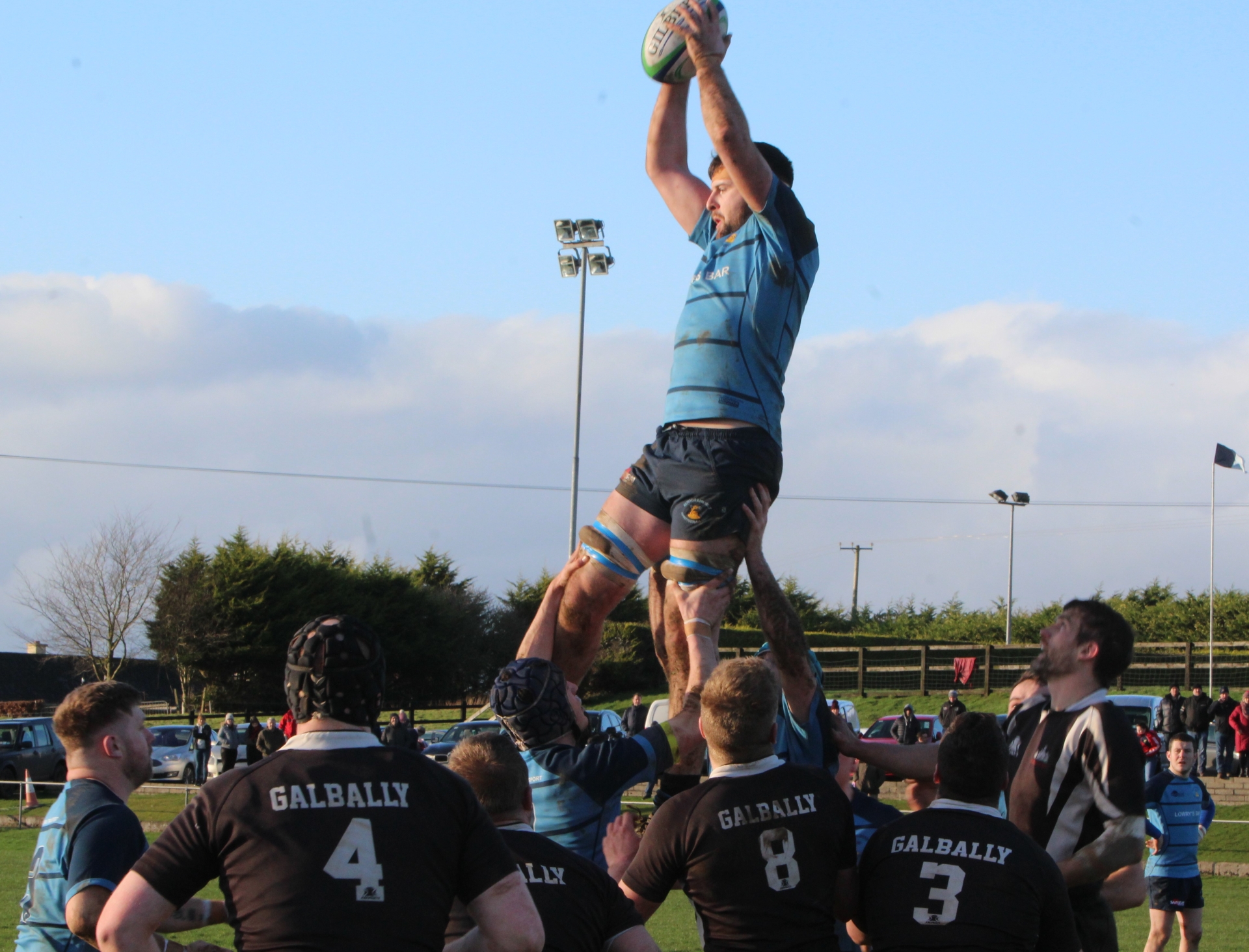 Kilfeacle's Jack McLoughlin claims the lineout against Galbally in the Munster League game at Morrissey Park on Sunday last.

Galbally came roaring into the game and with 34 minutes gone in the first half and after many phases of play they were awarded a pushover try. Liam Casey’s conversion kick found its target and the sides were level, 7 points each.

Kilfeacle came back into the game at this stage but were unable to make any inroads on the scoreboard until the 37th minute when the forwards worked a rehearsed lineout move very well, leading to a rolling maul which James Ryan was at the bottom of as it crashed over the Galbally line. William Staunton added the two points and Kilfeacle once more led by seven.

A Kilfeacle unforced error from the restart gave Liam Casey a chance to reduce Kilfeacle’s lead with a long-range penalty attempt, which he slotted with some style. This was the final score of the half to leave the half-time score reading 14 points to 10 for the home side.

At the start of the second half  another unforced error from the kick off led to another Liam Casey long- range penalty. This made it a one-point game.

Galbally tried to stamp their authority on proceedings but met a resolute Kilfeacle team who enjoyed one their best spells of the game territorially-wise. After 22 minutes Kilfeacle were finally able to convert this possession into a score as Simon Barry was credited with  an unconverted try.

Talk of bonus points for Kilfeacle was now starting. However rugby is an unpredictable game at any time and even though they had the momentum and were at home, Kilfeacle were not to score again for the remainder of the game.

Galbally were now under the cosh and as the half wore on became more and more anxious to score. On one occasion with ten minutes to go Kilfeacle were camped on their opponents’ tryline but they were unable to score and Galbally cleared their lines. All the supporters knew that they were in for a nail-biting finish but as Kilfeacle were to learn, Galbally were not going to roll over.

Clonmel lose out 13-12 to Skerries in AIL League

The game needed one team to take the initiative. Kilfeacle knew that scores would be hard to come by but they went in search of them with great gusto but met a defence that was equally as determined to stop them.

The game was now in the 76th minute but to the home side’s dismay Galbally were to have the final say when Liam Casey kicked another long- range penalty.

After the 80 minutes were up and the referee’s final whistle sounded, Kilfeacle had run out winners by 19 points to 16.