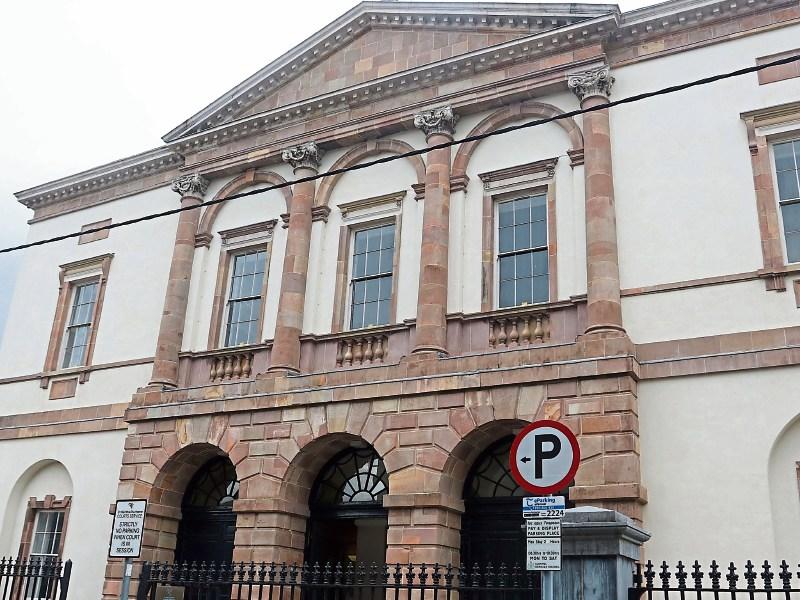 A Tipperary Town based immigrant went to a Cashel house with other men, punched and kicked one of the occupants and stole 3,000 rhododenron stems because he mistakenly believed his van was deliberately burned out the previous day.

Victors Plinta (36) of 13 Garryspillane, Tipperary received a suspended 18 months’ prison sentence at the recent sitting of Clonmel Circuit Court for entering 105 Caiseal na Rí, Cashel as a trespasser  on March 17, 2017 and committing assault causing harm.  A 12 months’ concurrent suspended prison sentence was imposed for stealing the rhododendron stems from the house on the same day.

The court heard that Mr Plinta and the residents of the Cashel house he broke into were involved in collecting rhododendron plants and exporting them to the European market.

Detective Garda Conor Gleeson gave evidence that gardaí on patrol were approached by a Latvian national in Cashel at approximately 8pm on Sunday, March 17, 2019.

He reported that four men entered 105 Caiseal na Rí without permission and assaulted a man in the house.  The assault was in retribution for an alleged arson incident where Mr Plinta’s vehicle was burned out the previous day. The defendant mistakenly believed the occupants of the house were involved in burning his vehicle.  However, scenes of crime investigators established that the cause of the vehicle fire was accidental.

Det. Garda Gleeson said both groups involved in this case were foreign nationals who worked in the rhododendron trade. They cut slips of the plant that are then exported to the European market.   The house where the incident took place was a five-bedroom residence with four occupants.

Garda investigations established Victors Plinta came to the house with a number of other men and shouted in Russian, “who is the boss”. Valdis Puskis responded there was no boss.

Mr Plinta knocked Mr Puskis on the floor and kicked and punched him a number of times. The defendant then left the house with 3,000 rhododendron stems worth more than €180. The stems were returned two days later.  Mr Plinta was arrested and interviewed. He admitted assaulting Mr Puskis  around the face and head  and stealing the rhododendrons.

Mr Puskis couldn’t stand up after the attack and was taken to South Tipperary General Hospital. A medical report detailed that he suffered swelling around his face as well as bruising and tenderness on his back.

Mr Puskis alleged he was assaulted in the back with a metal pole.  Mr Plinta made no admissions to assaulting Mr Puskis with a  pole and Det. Garda Gleeson agreed with defence barrister Kevin Byrne that there were three other people involved in the incident.

Detective Gleeson said Mr Puskis has since left Ireland and is living in England. He contacted Mr Puskis through a neighbour and the injured party told the detective he lost time at work and wages because of the injuries he suffered in the assault and he incurred costs in buying medicine to help him feel better.

The detective added that Mr Plinta had four previous convictions for road traffic offences. He has lived in Ireland for four years.

Defence barrister Kevin Byrne said his client’s van was burnt out the previous day and he mistakenly believed the injured party was involved in that. He consumed alcohol on the day he committed the assault.

Mr Byrne said his client sent a letter of apology during the summer and saved €1,000 compensation for Mr Puskis.

He submitted that his client entered an early guilty plea, expressed remorse for his actions and returned the rhododendron plants relatively soon after taking them.

Mr Plinta had no history of violent crime prior to this event and the Probation Service report on  him was positive.

Mr Byrne added that his client has abstained from alcohol for the last eight months and was in full-time employment in the forestry industry. He appealed to Judge Helen Boyle to give Mr Plinta a chance.

Imposing sentence, Judge Boyle said she took into account the aggravating factor in this case, which was how Mr Plinta entered the property of another citizen who was entitled to the peaceful enjoyment of  his home and then assaulted and harmed him and stole his means of livelihood, which he later returned. The mitigating factors were his plea of guilty, good work history, the fact he hadn’t significant previous convictions and the compensation he saved, which she accepted was a tangible token of his remorse.

She considered the appropriate sentence for the trespass and assault offence was three years’ imprisonment, which she reduced to 18 months.

The theft warranted  two years’ imprisonment, which she reduced to a one year concurrent jail sentence in view of his guilty plea.

In view of the plea made on his behalf and the lack of significant previous convictions, she suspended the 18 months’  sentence for 18 months on condition he kept the peace  and pay the €1,000 compensation to the victim.