Mattie Maher, Rosegreen and London is laid to rest 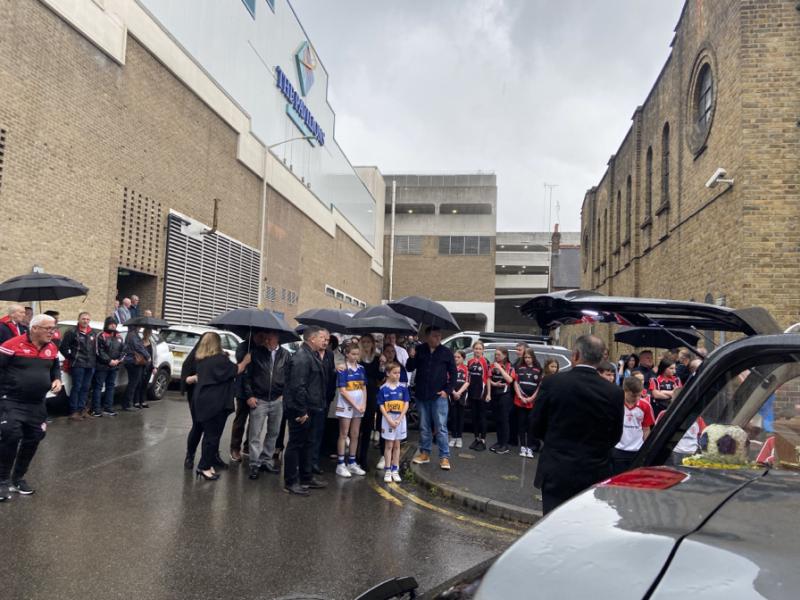 Perhaps not since the untimely passing of fellow Tipperary man and former county board chairman Paddy Ryan (Drom) in 1978 has the London GAA community been feeling such a tangible and profound sense of loss and immense sadness following the sudden passing of Castleblake, Rosegreen man Mattie Maher on Saturday 23 April.

And that view was well and truly reflected by the capacity attendances for Mattie’s poignant funeral service on both days at the church of Our Lady of Lourdes and St. Michael in Uxbridge west London last week.

Although a month had passed since the awful news of his passing while refereeing a GAA match on that Saturday afternoon in Watford, the aftermath has still been quite unbelievable among the many people who had known him on the local GAA scene since Mattie made London his home in the late 80s.

In pouring rain, celebrant Fr. Nicholas Schofield welcomed the mourners led by his widow Denise and Mattie’s three children Shaunagh, Keira and Matthew – all three attired in the Tipperary colours of their late father’s native county. Besides Denise’s close relatives and many friends all of Mattie’s ten surviving siblings were also present including his twin brother Gerard (Goosey) and his eight sisters including Fiona who began the short reception ceremony by reciting a poem. 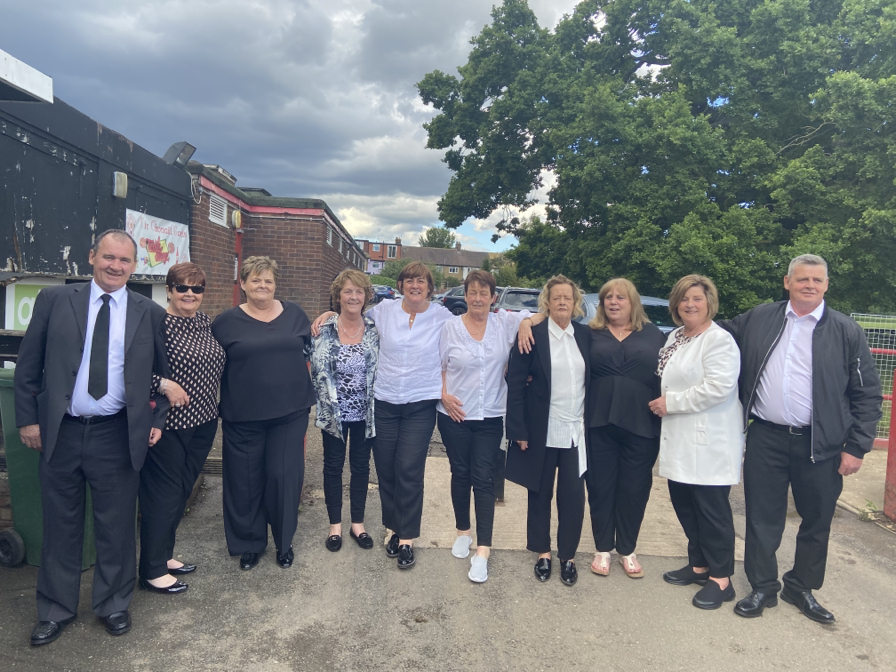 Mattie's siblings pictured at the funeral

Guard of Honour
The funeral cortege was also flanked by a guard of honour of members of the Tir Chonaill Gaels underage teams of whom Keira and Matthew are also members. A number of members of the Moindearg GFC were also represented as well as some of Mattie’s fellow London GAA referees and a number of London GAA general members.

On the following morning the weather was much improved as Mattie’s Funeral Mass got underway with the order of service detailed on a commemorative booklet. Some of Mattie’s family members were also involved in the service including Mattie’s brother-in-law Patsy Morrissey and Moindearg GFC member Neil O’Shea who both paid their own tributes to him.

Patsy spoke of his early life in Rosegreen coming from a family of twelve with four sets of twins. Although he attended the local National School Mattie began his work-life at an early age working with horses on the nearby Prospects stud farm. But he eventually emigrated to London in the late 80s for a life in the construction industry and settled initially in east London before moving to north London where he met and married Longford lady Mary. Their daughter Shaunagh was born in 1999.
But eighteen years ago Mattie found a new life with Denise who had Keira in 2010 and finally their young son Matthew in 2012. 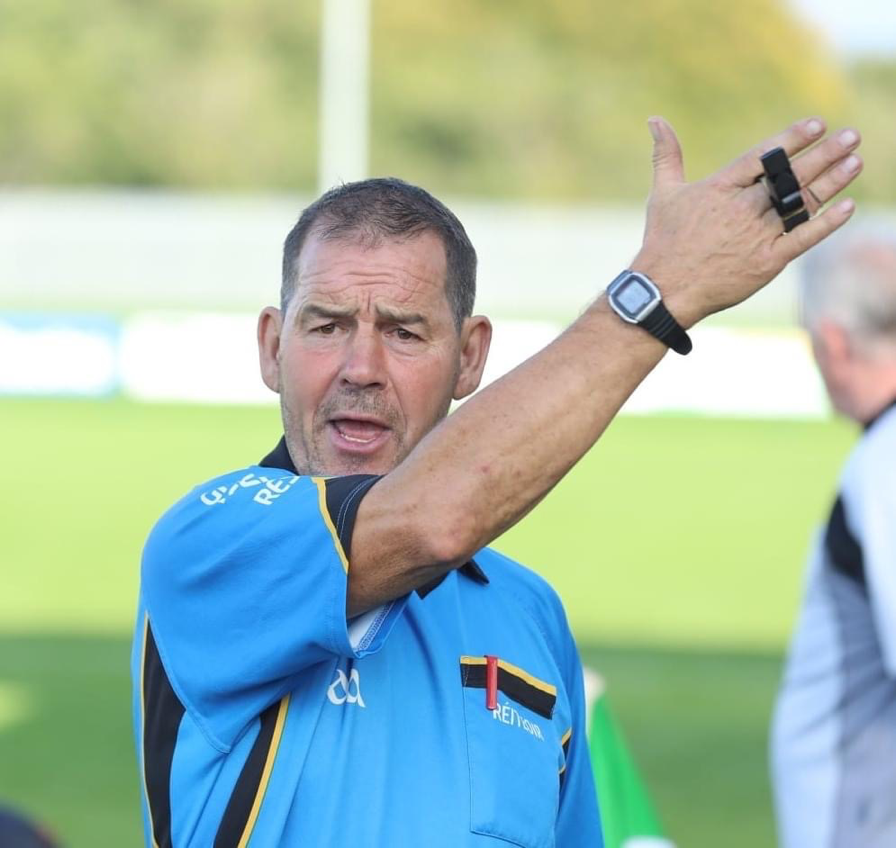 Mattie loved sport and especially football, soccer (Liverpool supporter) and GAA. But away from sport Mattie was also a home lover and dedicated father and always enjoyed the company and love of his children.

On 26 March he brought Matthew to Dublin to meet up with his Westmeath-based daughter Shaunagh in Dublin before they also went on to see Ireland play Belgium at the Aviva Stadium.

More recently on Easter Sunday he met his twin brother Gerard and wife, who are based in Aughavas in Co. Leitrim, for the Leitrim and London match in McGovern Park, Ruislip.

Enormous London GAA legacy
Meanwhile Neil O’Shea spoke more about his huge contribution and legacy to London GAA life for almost four decades, including over twenty years as a stalwart in numerous roles with Moindearg GFC. But Mattie Maher will surely rank as one of the greatest ever GAA referees outside of Ireland in recent times.

Finally celebrant Fr. Nicholas Schofield also spoke of his friendly presence in the parish. “Mattie was just bursting with life and energy and exuded such a warmth and charm that it is really very hard to believe that he is no longer with us,” was just a snapshot of some the aptly chosen words by Fr. Nicholas in paying a glowing and thoroughly deserved tribute to Mattie Maher. He also described the setting in his church as resembling a Tipperary village gathering.

Following Funeral Mass in Uxbridge Mattie was buried in Northwood Cemetery. His final journey to the church of Our Lady of Lourdes and St, Michael on Monday evening was received with a rendition of ‘Tipperary on My Mind’ and his departure before burial was also quite aptly to the sound of ‘You’ll Never Walk Alone.’