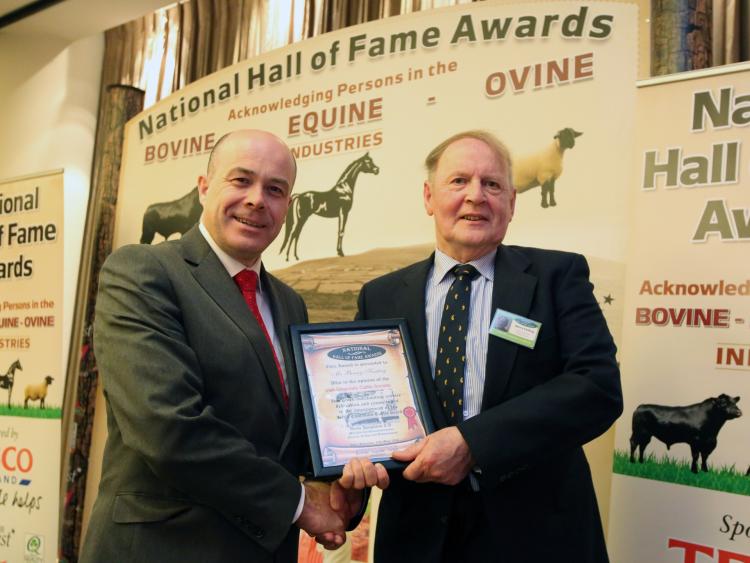 Congratulations to Benny Keating, College Hill, Templemore, was inducted into the National Hall Of Fame Award by the Irish Charolais Cattle Society recently.

A native of Nicholastown, Grange, Clonmel, Benny a retired bank manager, is better known in GAA circles having played Senior Inter-county Football Championship for Carlow in 1959 and subsequently for Tipperary from 1960 onwards with his older brothers John and Dick.

Having bred many Senior National Charolais Champions, both male and female, he received the nomination for this award for his promotion of the pedigree Charolais breed.

He was presented with this award by Denis Naughton T.D. Minister for Communications, Climate Action and Environment at the Sheraton Hotel Athlone on May 12.