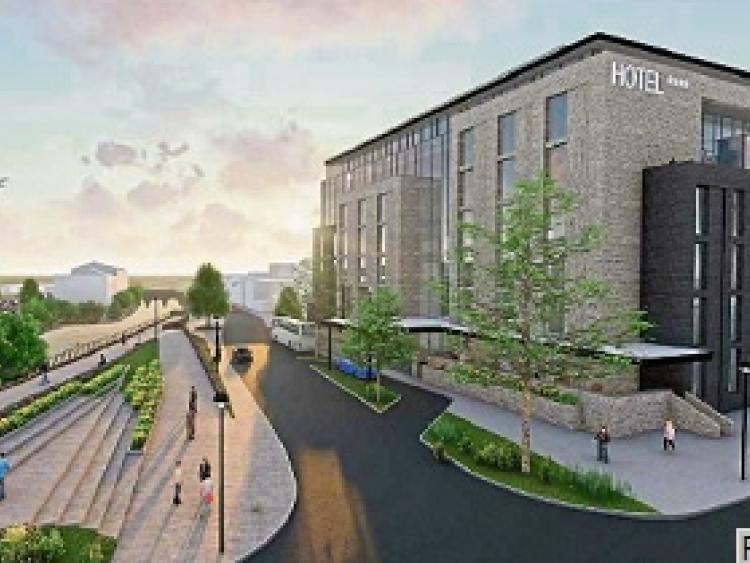 An Taisce has stated that the proposed new build of the new hotel proposed for the site of the former Clonmel Arms Hotel is “problematic in scale and design”.

The charity, which works to preserve and protect Ireland’s natural and built heritage, states that while the desirability of a rooftop bar with terraces is recognised as a feature, “the proposed projecting roof is unsatisfactory”.

Requesting that “significant design modifications” would be sought in the proposed new build, An Taisce claims that these modifications are necessary in order to integrate satisfactorily in scale and design with the historic townscape of Clonmel, and the Quay front in particular.

Michael Ryan and Michael Cronin have sought planning permission for a new 114-bedroom hotel on the site of the former Clonmel Arms. The new hotel will include dining, bar, conference and function facilities, as well as a basement car park and leisure centre.

Tipperary County Council, the planning authority, received submissions on the development from An Taisce and the Department of Culture, Heritage and the Gaeltacht. Further information has now been requested from the applicants.

In his submission Ian Lumley, of the Advocacy Office of An Taisce, said that the provision of a quality hotel retaining the older buildings of architectural heritage value on the site is desirable.

However, he says that any application for this site needs to integrate satisfactorily into the historic townscape and provide for the conservation of 18th century and 19th century buildings, including interior features.

“Sarsfield Street is a streetscape of important townscape value, linking the 17th century Main Guard with the Quay. The evaluation of the design rationale of the new build elements and relationship to the existing buildings has been inadequately justified.

“The rationale for the demolition of the four-bay building adjoining the corner building to O’Connell Street has not been explained. The corner treatment of the Quayfront fails to establish a satisfactory urban design tradition from the character of Sarsfield Street.

“The proposed treatment of the Quayfront is highly complex and would benefit from a simpler design treatment, with a better solid to void relationship. The treatment of the east and west corners, which will be highly visible in views up and down, makes the proposed hotel signage and penthouse undesirably dominant.

“It is recommended that more detailed conservation specifications be sought on the treatment of number four O'Connell Street and the five-bay building. Specifications should be sought providing for the maintenance, in situ, of the early 18th century staircase in number four and the elegant early 19th century staircase in the five-bay building on Sarsfield Street, as well as other joinery and plasterwork features”.

Meanwhile, the Department of Culture, Heritage and the Gaeltacht states that it has no objection in principle to the proposed development. However, manager of the Department’s Development Applications Unit Connor Rooney states that given the potential visual impact of the proposed development on the protected structures and Architectural Conservation Area, as set out in the Materials and Visual Impact Assessment, “the proposed development must be balanced by the restoration of the character of the protected structures to best conservation practice, as set out in Architectural Heritage Protection - Guidelines for Planning Authorities (2011)”.

The Department has recommended that the planning authority would request further information relating to the former banking hall and the former house in order to assess the impact the proposed development may have on the protected structures and Architectural Conservation Area. The Department also recommends that an Archaeological Impact Assessment, including a building survey, would be carried out.