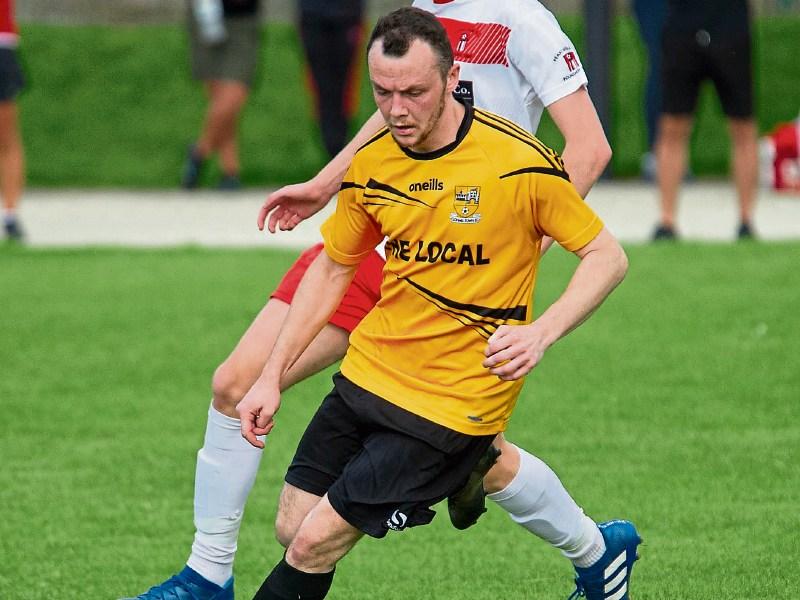 Keith Guiry was among the Clonmel Town scorers in their 3-0 away win against Tipperary Town in the Munster Junior Cup 3rd Round game at Tipperary on Sunday last.

Clonmel Town advanced to the open draw of the Munster Junior Cup on Sunday afternoon with a very good 3-0 victory away to Tipperary Town FC.

Three goals were enough to secure victory over the hosts but Clonmel Town were made work for everything they got against a resolute and organised home side.

In fact, it was the home team who went closest early on when Stevie Quinn hit the side netting in the 10th minute with a rasping shot from a tight angle.

Eventually however the Premier League side began to impose themselves on the game and they made the breakthrough on the scoreboard when Keith Guiry finished from six yard out, ten minutes before the break.

On top now, the visitors should have extended their lead with Evan McGuire, Dylan Guiry and Keith Cashman all going close, but it took a moment of magic from Rhys O’Regan in the 70th minute, when he unleashed a shot which gave the keeper no chance before nestling into the top corner.

Minutes later Evan McGuire evaded the offside trap and he rounded the keeper to square the ball unselfishly to Dylan Guiry who made no mistake making it 3-0 and sending his side onwards and upwards in the competition.

The home side kept going with Cormac Noonan and Brian Jones showing well, but they never really looked like troubling the Clonmel side.