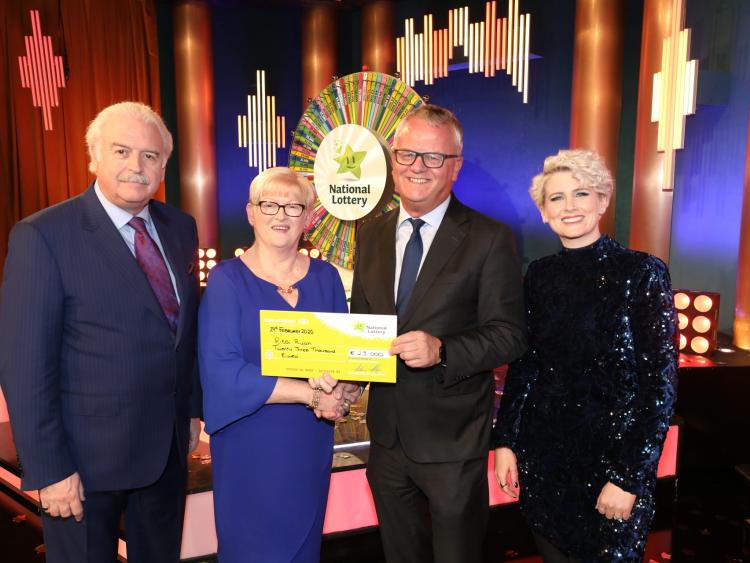 A grandmother living in County Tipperary bagged herself a €23,000 Winning Streak bonus when she appeared on the National Lottery TV game show on RTÉ One last Saturday.

Originally from Cork, Clonmel's Rita Ryan was out for the evening with her husband Liam at a play when her name was pulled out of the Winning Streak drum.

The couple went for a drink after the play, returning home close to midnight completely unaware of what had happened just a few hours earlier.

Rita put the kettle on as soon as she walked in the door and picked up her phone. Shocked at the amount of missed calls and text messages, it became quickly apparent that she was going to be on Winning Streak.

Rita and Waterford's Liam have two daughters, Aoife and Finola, and three grandchildren.

Now retired, Rita was a nurse in South Tipperary General Hospital. She retired in 2016 and has more spare time to play a bit of golf. She is a member of Slievenamon Golf Club and her group play a round every Tuesday. She is also a member of the 91 Bridge Club in Clonmel.

Last Saturday was the second time that Marty Whelan handed over prizes to the Ryan family as many years back, on RTÉ’s Live at Three show, Rita’s husband Liam won a holiday to Florida and was on the phone speaking to Marty on the show. Funnily enough, Liam’s brother Tomas has lived in Florida for many years so the couple were able to have a family reunion.