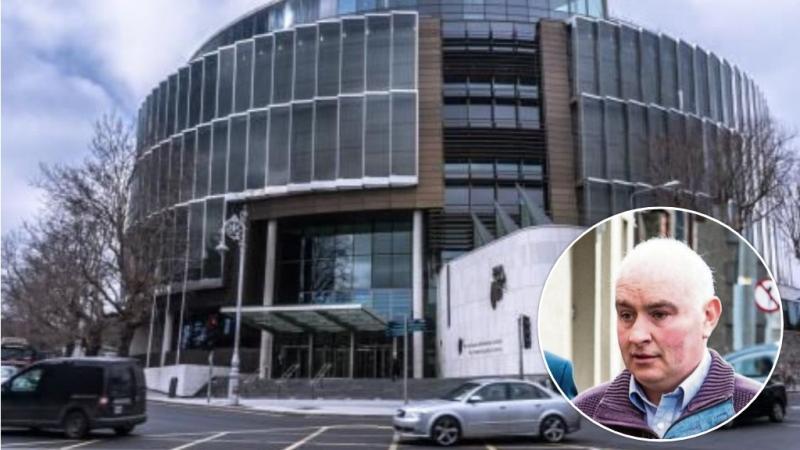 A garda involved in the search for Bobby Ryan eight years ago has said he became "unhappy" with where he thought the missing man's body was found after watching a television news broadcast.

Garda Tom Finnane also told the Central Criminal Court that he saw round silage bales at the tank where the DJ's body was eventually found.

Patrick Quirke (50) of Breanshamore, Co Tipperary has pleaded not guilty to the murder of Bobby Ryan, a part-time DJ going by the name Mr Moonlight, on a date between June 3, 2011 and April 2013. He is on trial at the Central Criminal Court.

The deceased went missing in June 2011 and his body was found in April 2013 in an underground waste water tank on a farm at Fawnagowan owned by his girlfriend Mary Lowry and farmed by Mr Quirke.

Garda Finnane on Tuesday told defence counsel Bernard Condon SC that he took part in a search of the lands at Fawnagowan in June 2011 but found nothing of interest to what was then a missing person investigation.

On Monday he was having coffee with garda colleagues in the court building when he asked Sergeant Cathal Godfrey if he could see an aerial photograph of the farm.

He told Mr Condon that he asked to see the photograph because he wasn't happy with what he previously thought was the location of where the body was found.

He had thought the body was found in an open slurry pit behind one of the sheds but became "unhappy" with this after seeing footage on television news showing the body to have been found in an underground tank in a different area.

The witness said that he became mistaken about the location of the body because someone in the investigation team told him it was found in a slurry tank and he presumed that referred to the large slurry pit.

He had not seen the run-off tank from the dairy farm where the body was actually found before it was pointed out to him on the aerial photograph on Monday of this week.

When Garda Finnane saw the correct location of the body he remembered seeing between ten and fifteen round bales of silage covered in black plastic in that location. He said he has not discussed his evidence with anyone else.

The witness said: "I wouldn't say Sgt Godfrey showed it to me. It was on the table".

He accepted that he had said previously he was shown the photograph.

Mr Condon asked if the witness agrees that it is inappropriate for gardai to discuss their statements in advance of giving evidence in a trial.

Garda Finnane said it would not be correct but added that gardai were not discussing their evidence, they were looking at a photograph.

"There wasn't anything else discussed," he said.

He also said the search was carried out eight years ago and seeing the photograph helped put things in perspective.

Garda Finnane rejected a suggestion by counsel that he is "extraordinarily confused" about the location of the hay bales and denied that he saw some "advantage" to himself in suggesting bales were placed in the area of the tank.

He said: "It's no advantage to me. I just gave my evidence."

Under re-examination Garda Finnane told prosecution counsel Michael Bowman SC that there was nothing organised between gardai at the coffee shop and they did not share their statements or give their opinions on evidence to be given by other gardai.

He further accepted that it is "far from ideal" that he had this recollection at this "late hour".

Garda John O'Connor said he was involved with several other gardai in the search at Fawnagowan on June 7 2011. They searched the sheds first, he said, and then split up into two teams to search the farms and ditches.