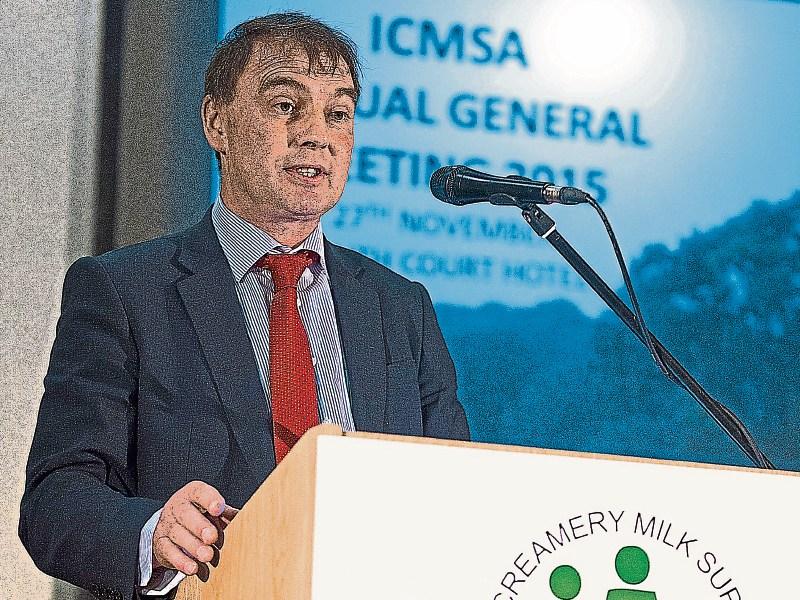 Uncertainty surrounding Brexit and the fallout from the process are becoming more pervasive and concerning after the UK's general election, according to the ICMSA.

The association's president, John Comer, said that we now find ourselves in a situation where our key concern on what needs to be done are being overtaken by the massive uncertainty resulting from the election.

Mr Comer addressed a Seanad Special Select Committee last week on the withdrawal of the United Kingdom from the European Union, but said that following the election, which saw the Tories lose their overall majority, the lack of any predictability about where, when and how a UK Government would be proceeding was becoming “corrosive”.

“ Ireland must start acting on those elements that were within our own control and should begin 'Brexit proofing' exposed sectors as much as possible by introducing policies that will help them through what now looks almost certain to be a hugely uncertain number of years ahead,” he said.

Mr Comer urged that those measures be brought in immediately and should be a central part of Budget 2018.

“The potential impact on trade with the UK is the biggest concern and an agreement that eliminates the risk of the imposition of tariffs is an absolute requirement if we are to protect our hugely exposed agri-food sector,” said Mr Comer.

Important to be clear

The ICMSA leader said it was important to be clear that investing in market diversification was important but there was no better alternative to the UK market for Irish agri-food products.

“Our Brexit focus must be on delivering a workable solution that ensures this trade continues without tariffs,” said Mr Comer.

At national level, Mr Comer said that we needed to take measures to support exposed sectors and the UK election result had only underlined the need to at least eliminate as much instability and uncertainty as is within our control.

In that contex,t he said that ICMSA will redouble its lobbying aimed at convincing the Government to introduce the Farm Management Deposit Scheme that will allow individuals to hedge against bad years by depositing monies earned in good years in a Government scheme under sensible tax regulations.

“As things stand, Brexit is less than two years away and it’s difficult to imagine a more confused and uncertain situation.

The associations president said that Ireland have to start making certain those things which we at least can make certain.

“ICMSA firmly believes that the next two Budgets need to implement initiatives to support exposed sectors such as the agri-food sector,” said Mr Comer