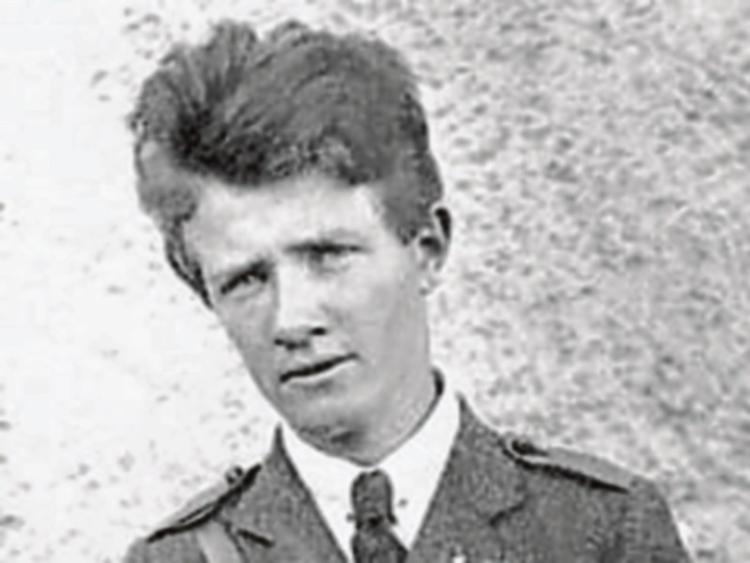 Sean Hogan about whom author John Connors will give a talk in the ICA Hall in Fethard on this coming Thursday night, October 10.

Fethard Historical Society will host a talk at 8pm on Thursday, October 10,  in the ICA Hall, Fethard, when Tipperary author, John Connors, will give a talk on Seán Hogan, known colloquially as one of the ‘Tipperary Big 4’.

At the  age of 18 Seán Hogan took part in the Soloheadbeg Ambush, now considered as the starting point of the War of Independence. He was later captured by British forces  and then became the subject for the equally famous rescue mission in Knocklong, Co Limerick.

Sean Hogan, in order to escape detection, moved to Dublin and there became involved in the squad set up by Michael Collins, before he returned to play a leading role in the 3rd Tipperary brigade. He later took the republican side in the Civil War.

John Connors will outline the life of of Seán Hogan, who did not achieve the national status of his three contemporaries, Breen, Robinson and Treacy.

It promises to be a most interesting and informative night. Admission is €5 which includes tea and coffee served afterwards.

John Connors, an historian from Borrisoleigh, is a founding member of the Tipperary in the Decade of Revolution Group. He was instrumental in arranging the events staged to commemorate the 150th Anniversary of the Fenians in Tipperary in 2017. He runs War of Independence bus tours, legendary events introducing participants to the locations where historic events took place in Tipperary.

He has lectured extensively on subjects of local and national historical interest. His illustrated biography of Sean Hogan is his first printed work. He is developing another work on the shocking sequence of violent events which began in March 1920 in The Ragg (Bouladuff) in mid-Tipperary, resulting in the deaths of both local RIC and IRA men, and which reached international prominence/notoriety.

On a more local level, he has conducted extensive research into events in his native Borrisoleigh and famous Glenkeen and has assembled a collection of stories from pre-famine times up to and beyond the War of Independence. This work will soon be published.

He will bring along some of his books on the night for those who may wish to purchase.