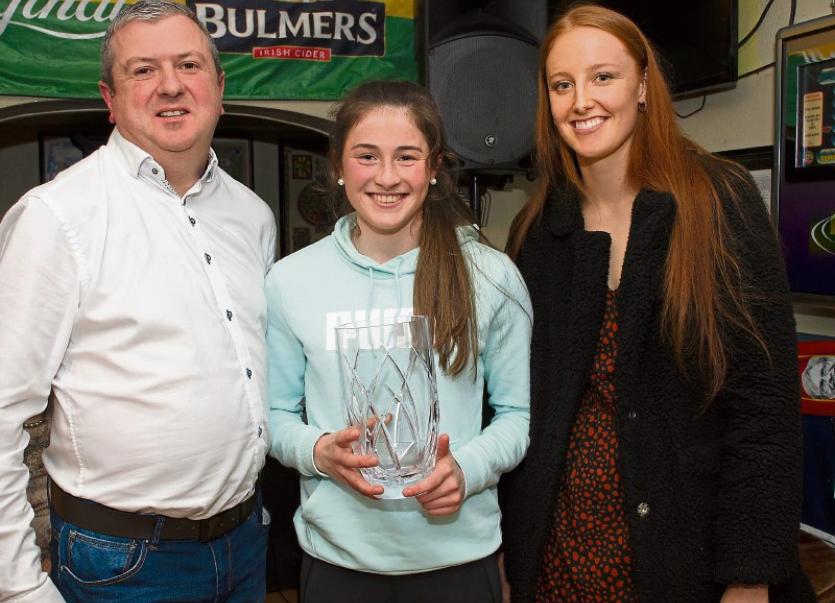 The presentations were made by Eoin O’Gorman, Regional Sales Manager at C&C Gleeson (C&C Group), representing the sponsor of the awards, Bulmers.

Special guest on the night was Aisling Moloney from Cahir, All-Ireland winner with Tipperary Intermediate Ladies Football team in 2019 and voted the players’ ‘Player of the Year’.

Proprietor of Butlers Bar, Philip Butler, started proceedings by thanking all the sponsors of the awards throughout the year; also Joe Kenny and Michael Heverin from ‘The Nationalist’ for ongoing press coverage.

The first award winners to be announced were two ‘Encouragement Awards’ for two young promising athletes.

The first was kickboxer Caia Crowley, who was Irish silver medallist at 55kg junior kickboxing championships. Caia’s award was accepted by Daniel Coffey, Galteemor Kickboxing Club. The second award was presented to 11-year-old Sean McGarry- Thompson, a very promising young archer who is making a name for himself in south-east archery circles. 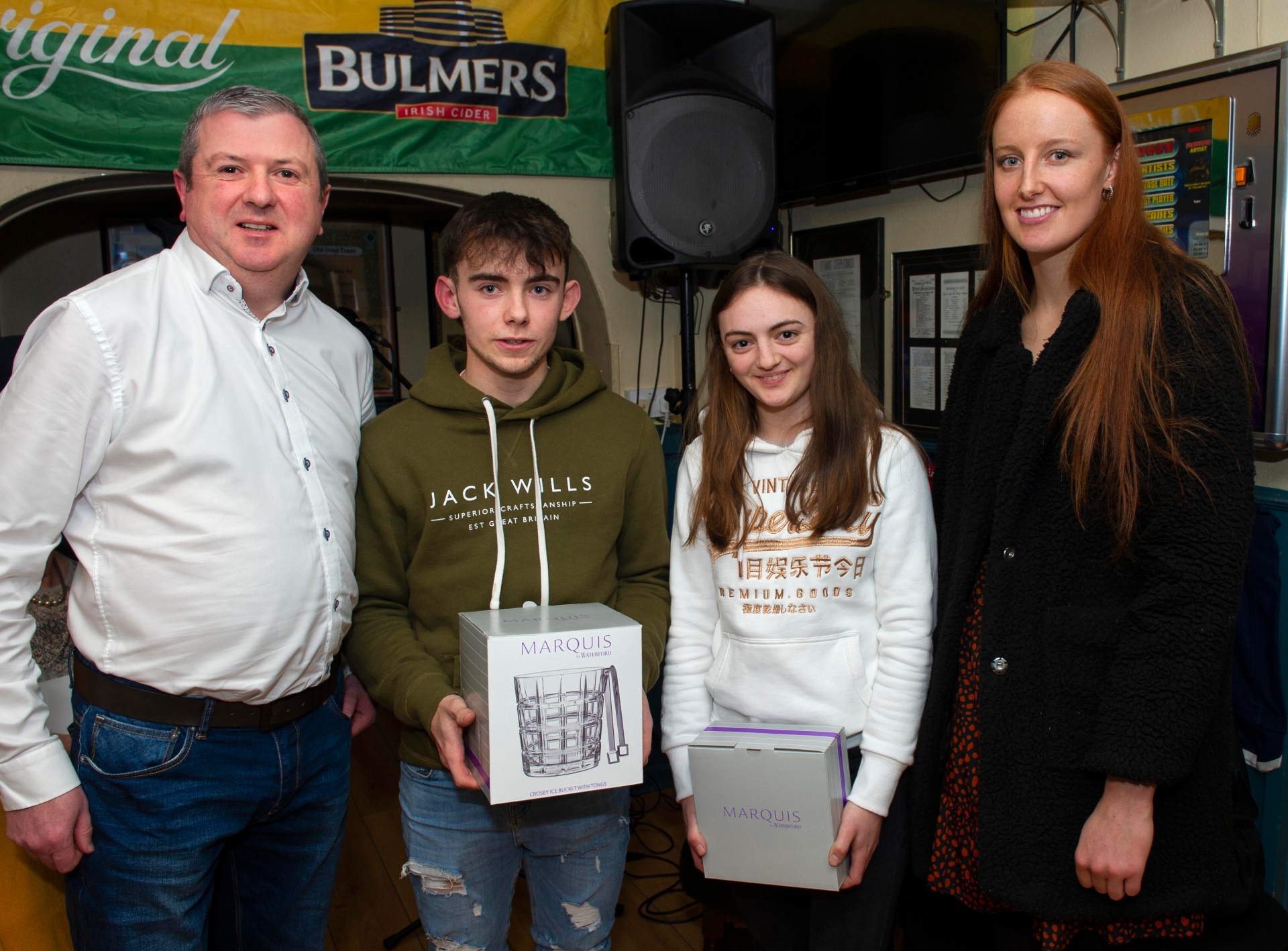 The next awards presented were the overall ‘Young Sports Person of the Year’. The winner was local angler Robert Hackett with the versatile Allison Connolly taken the overall runner-up prize.

TEAM OF THE YEAR

Next in line was the overall ‘Team of the Year’ award’. The winners were St. Rita’s Camogie Club who won the County Junior B Camogie Championship for the first time in 20 years.

The runners-up in this category were the Fethard U12 A Football team who won both the South and County A Championship for the first time in the club’s history. 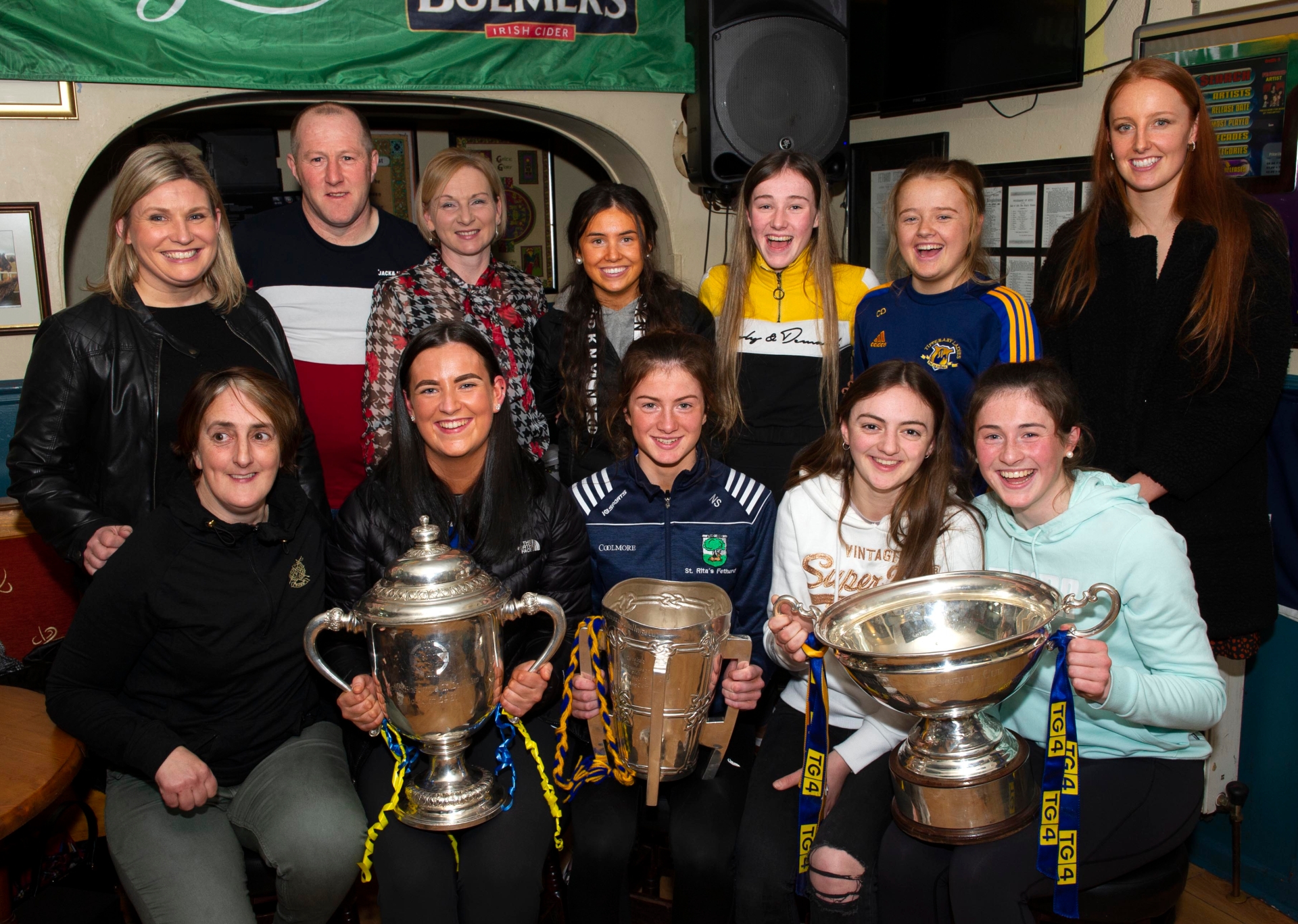 Members of St. Rita's Camogie Club who won the overall Team of the Year award for 2019.

The main event, Butler’s Bar overall ‘Fethard Sports Achievement Award for 2019’ was then announced and a very deserving Lucy Spillane was announced as the winner, to great applause.

In November 2019, Lucy also received a presentation from Fethard Ladies Football Club to honour her winning Munster and All-Ireland Intermediate  medals, being the first player to win an adult All Ireland medal since the club was formed in 2003.

The overall runner-up was local greyhound trainer, David Flanagan, with his wife Margaret accepting the award.

In overall third place was Dorothy Wall, a member of Ireland’s Senior Ladies Rugby Team for the upcoming Six-Nations Championship. The award was accepted by Dorothy’s father, Anthony Wall.

This concluded the presentations for the evening. Master of ceremonies, Philip Butler, reminded all present that the show must go on and they were now accepting nominations for the 2020 January and February Awards which will be presented in early March.

The night continued with some lively sporting banter and refreshments supplied by Marianne Shortall and Anne Butler who treated everybody present to a variety of inimitable and imaginative titbits during the award ceremony.