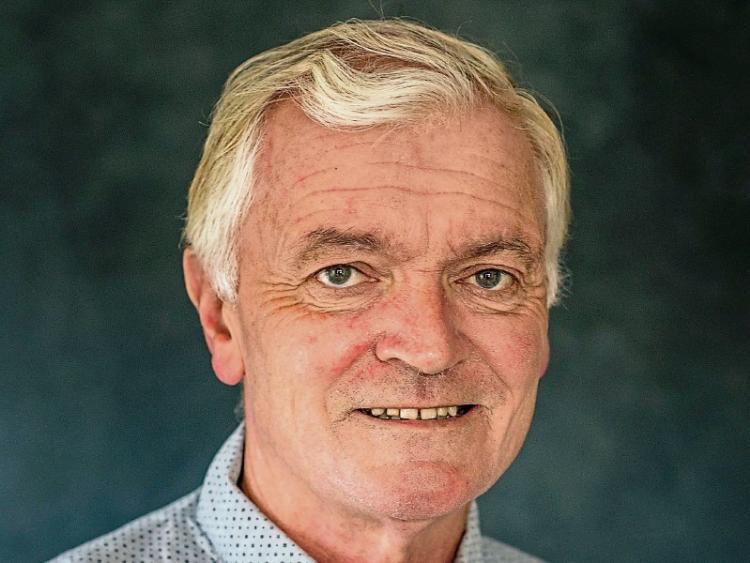 There is an old saying that a picture paints a thousand words. This certainly rang true for me as I stumbled on a photo in the newspaper this morning. In it Pope Francis is standing at his study window (Sunday, March 15) looking out on a deserted St. Peter's Square. Normally tens of thousands of tourists and pilgrims flock there to salute the Pope and pray along with him every Sunday of the year. Italy is of course in ‘lock down’ – a measure which is considered essential if they are to confront the coronavirus. Thus far Ireland has been somewhat more fortunate than Italy but we are fast learning that there is no room for complacency.

All will be familiar with the measures which are now in place. Schools are closed, along with creches as well as galleries and museums and so on. Here at our own Augustinian Abbey in Fethard all masses are suspended as indeed they are throughout the diocese and right across the country.  In many parts of Europe travelling has stopped, or, that being impossible, greatly hindered. The whole order of nature seems to have been reversed.

The closure of the pubs more than anything else highlights the fact that we are dealing with a crisis of the most grievous kind.  Without a doubt the Taoiseach is confronted by a situation which is as serious as that faced by DeValera in steering the ship of state through the perilous seas of World War II.  Indeed our battle against Covid-19  has been compared by many to a war situation.  Some have been seized with the illusion that this ‘war’ can be won by stocking up with endless supplies of food and other materials. Hence the needless panic shopping.  For some strange reason many seem to have convinced themselves that a vital weapon in this deadly war is toilet tissue. Hence on many a supermarket shelf a simple loo roll is a rarer sight than a black swan.

Visitors to our shores are probably somewhat bewildered at the fact that St Patrick's Day is to be celebrated with the shamrock remaining bone dry. Some readers may be surprised to read that for many years St Patrick's day was always dry. It was first proclaimed as a national day in 1903 and the pubs always remained shut on that day right up until the 1960s. Nowadays the celebration of the feast of the national Patron has become synonymous with the consumption of alcohol. Patrick would probably be somewhat bemused at the fact that Guinness is now the chief characteristic (if not the essential ingredient) of his feast day and the God he tried to introduce us to has become at best the optional extra.

As I look out my window here in Fethard, I note the Holy Year Cross on the slopes of Slievenamon. It was erected there by the faithful of Fethard and Killusty exactly seventy years ago in 1950. We tend to regard the folk of that era as being simpler and less sophisticated than we are today living as we do in the brilliance of the white heat of modern technology. Nevertheless, in the face of the Covid-19 virus, we today are in many ways as lost, nervous and helpless as our ancestors were as they confronted illness and viruses in times past. In their innocence they often explained away their misfortunes as being attributable to ‘the will of God’.  Today in our sophisticated Western world the majority probably do not believe in any God at whose feet they can lay any blame. We may blame God or Nature or shear chance, but whoever is striking us has struck with a vengeance! Whatever the explanation this whole virus phenomenon is a massive surgical operation carried out without an anaesthetic on a patient who thought he was in the best of health.

However, whether it be here in Fethard or anywhere else in Ireland, one notes that a certain civic spirit and sense of determination prevails. One hears of concerned families looking out for elderly neighbours. Challenging times often draw out the best characteristics in a community.

In the immortal words of Winston Churchill, we may be facing a period of ‘blood, sweat, toil and tears’ but in the end it may well prove to be ‘our finest hour’.

– (A personal reflection by Fr Iggy O’Donovan, The Abbey, Fethard.)