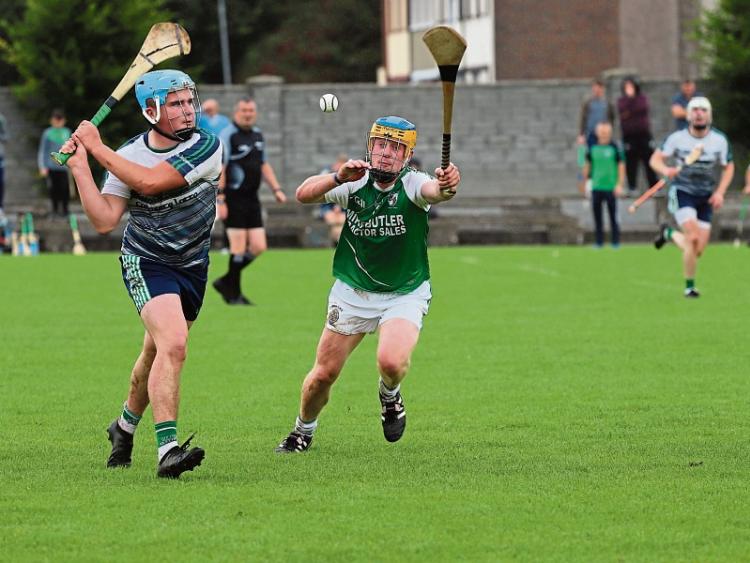 Golden/Kilfeacle set up a Tipperary Credit Union West Intermediate Hurling Championship Final meeting with Cappawhite following what was a comfortable victory over Lattin/Cullen Gaels in Dundrum on Sunday afternoon. With the sides level at the end of the first quarter the game was fairly evenly matched Lattin /Cullen Gaels failure to score for the next half an hour and Golden/Kilfeacle adding 1-9 ultimately sealed the issue.

The Gaels missed a few chances before twice going ahead through Mark Russell and Stephen Moloney only for Andy Byrnes to level proceedings each time from a placed ball.

The second quarter belonged to Golden who outscored their opposition 1-4 to 0-0. The Gaels though not helping themselves with some bad wides from play and placed balls. Eoghan Ryan and Shane O’Connell pointed before Daithi Bargary raised a green flag. Further points from Andy Byrnes and Eoghan Ryan from placed balls had Golden/Kilfeacle ahead 1-9 to 0-5 at the break.

Golden pulled away further in the third quarter. Andy Byrnes added further points from play and placed balls with Jonathan Wade and Seanie O’Halloran opening their accounts for the day.

Again Lattin/Cullen Gaels not helped by some poor shooting. Shane Neville finally got Lattin/Cullen Gaels off the mark in the second half with a point, their first since Stephen Moloney put them a point up heading towards the end of the first quarter. Andy Byrnes and Jonathan Wade responded for Golden who were now 13 points ahead with nine minutes left to play. Lattin/Cullen Gaels enjoyed a purple patch in the closing stages. Seamus Grogan and Cathal Dillon pointed from play before Stephen Moloney grabbed a goal. Andy Byrnes put the lead back out to nine with another pointed free. Shane Neville got a run on the Golden defence in the next attack and he found the net. The gap now down to six and time running out Lattin/Cullen Gaels resorting to sending in a few high balls when tested the Golden defence but it remained solid. Andy Byrnes pointed a free in injury time to seal victory and a place in the West Intermediate Hurling final for the first time since 2016.