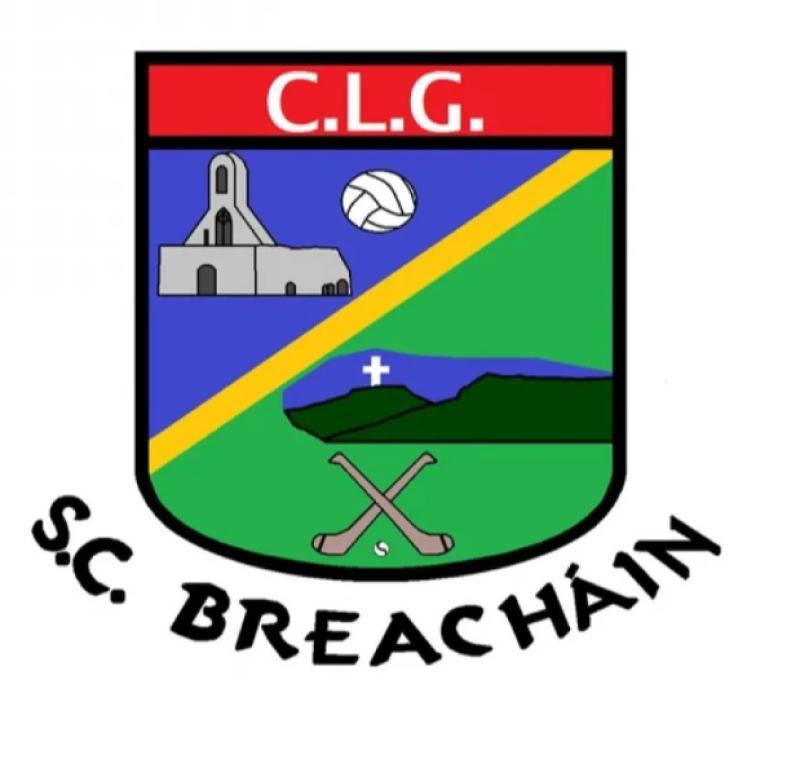 Both JK Brackens’ Intermediate and Senior Footballers were in Round 2 County Championship action last weekend.

Saturday evening took us to Littleton where the Intermediates took on Fethard.

It's always a tough task when your second team plays the oppositions firsts but Brackens showed no fear against the South men and raced in to an early six points to one lead thanks to points from Eoin Fitzpatrick, Brian Roche, Steven Quinlan, Darragh Doyle and a brace from the returning Jack Fogarty. Fethard got in for a goal to give them a foothold in the game which they built on in the second quarter to tie up the game at 0-8 to 1-5 at the short whistle.

That trend continued in the third quarter as Fethard doubled their tally to lead 2-10 to 1-9 at the three-quarter stage, Darragh Doyle grabbing 1-1 for Brackens. Another point from Doyle made it a one score game with brackens fighting tooth and nail for an equalising goal.

There was a fiery end to the game with both sides reduced to thirteen men. As Brackens pushed forward Fethard broke away to land their third goal and seal a 3-10 to 1-10 victory.

Cashel called after the Sunday dinner as the Seniors took on Ballyporeen. Always a dangerous opponent (only four points between the sides in 2019) Brackens were well up for this one and a flowing move in the opening minute led to a Conor Cadell major. Brackens built on this tonic start and kicked five points from play courtesy of Dean McEnroe (3), Conor Cadell and Jack Kennedy.

It took Ballyporeen twenty minutes to open their account through a Conor Sweeney free. He added another from play in the 23rd minute, Neil Quinlan replied for Brackens, before Sweeney landed another free.

Shane Doyle had the final say of the half with a point from play to leave us 1-7 to 0-3 ahead at tea. By the end of the third quarter Brackens had extended the lead to eight (1-11 to 0-6) thanks to points from Shane Doyle, Shane Bourke, McEnroe and a Jack Kenndedy free.

A Jack Kennedy point from play in the 21st minute maintained the eight point cushion. The game looked dead in the water but credit Ballyporeen who never gave up. A point in the 23rd minute was followed by a goal a minute later and when Conor Sweeney landed a free in the 29th minute it was down to a one score game. Brackens rallied with a great team move which ended with a Jack Kennedy point from play to give us a guard to the knave.

Another Sweeney free left three in it but Tom Loughnane’s long whistle brought proceedings to a close with Brackens 1-13 to 1-10 in front.

The result means that Brackens have now topped their group and qualified for the County quarter-finals irrespective of the result against Annacarty in the last round. It's back to the small ball next weekend with our Juniors in Mid quarter-final action against Thurles Sarsfields on Saturday evening at 7pm in the Park. Another Sunday afternoon outing sees us travel to Semple Stadium for a 2.30pm date with neighbours Loughmore/Castleiney in Round 2 of the County Championship.

This game will be shown live on TG4. In U-19 A hurling action we take on Holycross/Ballycahill in the Ragg tonight (Wed) at 6.45pm. Best of luck to all our teams. Well done to Danielle Devaney who landed last night’s 50/50 Jackpot worth €311. Danielle bought her winning ticket in Spar. Remember our draw takes place every Sunday night.