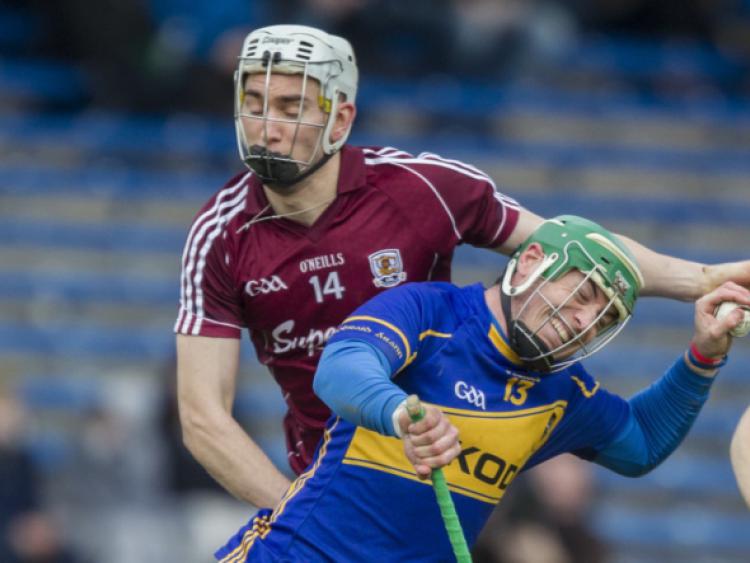 What a difference a week makes.

What a difference a week makes.

Tipperary’s performance in Sunday’s National Hurling League game at Semple Stadium was virtually unrecognisable from their display the previous week when they were mauled so badly by Dublin.

They were forced to launch a fierce battle against both the conditions and a late Galway onslaught, as they saw a 10-point lead cut to just three, but they did enough to grind out a deserved victory and get their campaign up and running.

Their win over Galway in last year’s championship proved a turning point and they’ll be hoping that this tonic victory will have a similar effect this season. There were two decisive phases in the game - the beginning of the second half, when Tipp struck 2-1 without reply to establish that healthy 10-points advantage and that last quarter of an hour of trench warfare when they refused to buckle in the face of almost relentless Galway pressure.

Tipp were still well ahead, nine points the margin, when Jason Forde shot a fine point and even with 18 minutes remaining there seemed little threat to their dominance. But then six unanswered Galway points - from Jason Flynn’s free, Jonathan Glynn, Brian Molloy, Cathal Mannion and two from busy midfielder Joseph Cooney - brought the Tribesmen right back into the game, although they squandered chances for a few more scores. Suddenly Galway were on top at midfield and in their own half back line and with occasional rain showers, fanned by a strengthening wind, at their backs they began to pick up the breaks all over the place as they hacked away at the lead.

Tipp could have folded had it not been for their heroic defending. Padraic Maher led this defiant rearguard action, reading the play intuitively to shield the inside line of defence and break from defence. Conor O’Brien was no less vigilant, making an important catch five minutes from the end while Paul Curran stopped Aidan Harte in his tracks with a great challenge at the end of normal time - “a classic tackle”, according to his manager Eamon O’Shea - albeit at the expense of an Andrew Smith point.

That was after Tipp had lifted the siege with their first point in 16 minutes, a score supplied two minutes from the end by captain Brendan Maher, who worked hard throughout at wing forward and centre forward. Darren Gleeson made an important catch under his crossbar from Joseph Cooney’s lob in the first minute of added time and they couldn’t afford to relax until Conor Kenny extended the gap to four with time rapidly running out.

In front of an attendance of 4,176 Tipp showed they were capable of adding style to their substance, especially at the start of the second half. With the elements behind them it was expected that Galway, who were only 3 points in arrears at the halfway stage (0-14 to 0-11) would come charging out of the blocks but instead it was Tipp who had the appetite for destruction, claiming the scores that laid the foundation for victory. Only 15 seconds of the second half had elapsed when the ball nestled in the corner of the net, after Brendan Maher won possession from the puckout and sent a ball into the danger zone where John McGrath kicked a pass to John Bubbles O’Dwyer, who had peeled away from the defensive cover and ruthlessly swept a low shot past Colm Callanan.

Seamus Callanan added a point from a free and when John McGrath’s low pass evaded full back John Hanbury in the 10th minute Callanan showed sublime skill to flick the ball over his namesake between the Galway posts for the second goal.

Callanan and O’Dwyer showed their class with those clinical finishes while elsewhere in attack fringe players John McGrath (making his league debut) and Jason Forde’s hard work was rewarded with scores. Callanan also showed great stickwork to control the ball on his hurley before pointing in spectacular style in the 29th minute.

Midfielder Kieran Bergin had a stormer in the first half before tiring while Michael Breen (making his full league debut) and Cathal Barrett also played important defensive roles, as did Darren Gleeson who, in addition to that late catch, made a smart save from James Regan midway through the first half.