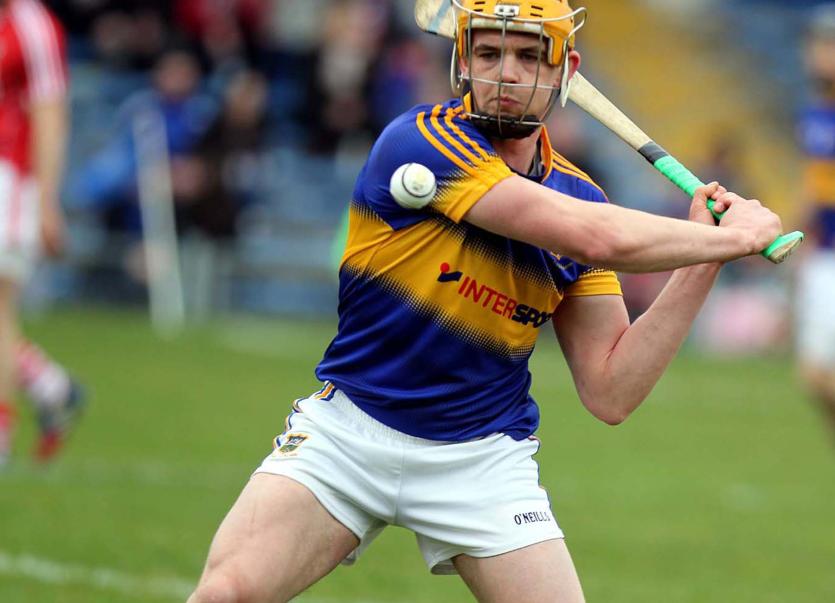 Tipperary took a major step towards capturing their first National Hurling League title since 2008 when they had a big win over Wexford in Sunday's semi-final at Nowlan Park.

They will play Galway in next Sunday's final at Limerick's Gaelic Grounds after they became the first Tipperary team to reach the League Final as All-Ireland champions since 1992, when they were beaten in the decider by Limerick.

Wexford arrived at the Kilkenny venue seeking a seventh straight victory and they were well in the game for an hour.

Their supporters in the attendance of 19,095 were in full cry when one of their best players, Lee Chin reduced the deficit to two points with thirteen minutes of normal time remaining.

However, just when it seemed that they could be about to suffer a surprise defeat, the All-Ireland champions cut loose. In a devastating six-minute spell Tipp blitzed Wexford by hitting 2-4 without reply to leave Davy Fitzgerald's team reeling and put the outcome beyond any doubt.

John McGrath set the ball rolling when he collected Dan McCormack's pass and drove a low shot to the net. Noel McGrath and John McGrath quickly followed that goal with points and then substitute John 'Bubbles' O'Dwyer provided the assist for Noel McGrath's second goal of the game.

John McGrath and 'Bubbles' O'Dwyer had further points and by the time that Wexford's Conor McDonald converted a 67th minute free the game was gone beyond their reach, as they trailed by 4-16 to 0-17.

Tipp piled on the misery with their fifth goal, scored by Brendan Maher when he was picked out by substitute Daire Quinn, as they cruised to their first league final in three years.

Wexford goalie Mark Fanning saw his late penalty saved by Tipp 'keeper Darren Gleeson but the Model County got the goal that their display deserved when Liam Ryan found the net in the third minute of injury time.

The McGrath brothers, Noel and John were deadly marksmen, each scoring 2-2 from play. Michael Breen, who replaced Niall O'Meara at half time, hit the ground running and finished with four points from play.

Captain, Padraic Maher, turned in another powerhouse performance in defence, scoring what has become his customary point. He was ably assisted by his brother Ronan and James Barry, who suffered an ankle injury near the finish.

Brendan Maher, who scored 1-2 and Dan McCormack were others to impress in a team that scored all but a point of its tally of 5-18 from play.

However, until they hit their stride in the closing stages, Tipp's overall performance was often patchy. The forwards in particular failed to win enough possession in the first half and the team found a hungry Wexford side stubborn opponents.

Tipp led at the break by 2-6 to 0-8 having played with a strong wind in the opening half. In that period they were grateful for two goals from the McGrath brothers, the first of which arrived in the sixth minute when Wexford corner back James Breen failed to collect and before he had time to redeem himself John McGrath had gathered the ball and driven it into the roof of net.

The second goal came in the 17th minute when Tipp again worked the ball from the corner of the Wexford defence, this time on the opposite side, and Niall O'Meara played the pass from which Noel McGrath planted a low shot in the net.

The one sour note of the afternoon came midway through the first half when Wexford manager Davy Fitzgerald came onto the pitch to protest against the awarding of that second goal and became involved in heated exchanges with a few Tipperary players, including Jason Forde whose helmet he was pictured pulling.