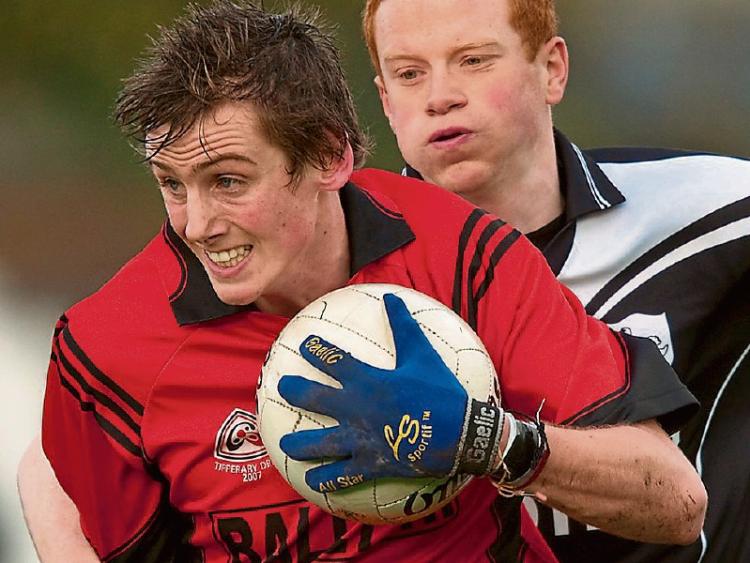 Ballyporeen have guaranteed themselves a place in the knock-out stages of the County Senior Football Championship following their win over Killenaule at Cahir on Saturday evening.

Continuing on from their opening day win over JK Brackens of Templemore, Ballyporeen once again upset the formbook and the odds, with this eight-points victory against Killenaule, a win which seals their place in the preliminary quarter-finals of the championship.

A second consecutive defeat - for a very understrength Killenaule - effectively leaves them relying on repeating their South Divisional Championship win of 2014 to get back into the county race for 2016. Very disappointing for them on Saturday last was that they had to field without two of their very best players, both Kieran Bergin and John ‘Bubbles’ O’Dwyer vetoed by the county senior hurling panel. Poor change also for the genuine football supporter that situations like this on non hurling weekends cannot be avoided.

Despite their shortcomings ‘The Robins’ had the better of the opening quarter and led 0-3 to 0-2 after 18 minutes with points from Eddie O’Brien, Stephen Hannigan and Eoin O’Connell bookended by a pair of Conor Sweeney frees.

The second quarter saw the 2014 county intermediate champions gain the initiative and four points from play between the 19th and 27th minutes put them ahead. Conor Sweeney operating at midfield was their main influence and involved in most movements. His first point from play in the 19th minute levelled matters followed by further points from Shane Molan, Sweeney again and Davey Hyland finishing well when moving at pace.

In this period of Ballyporeen superiority Killenaule replied in the 20th minute with a fine point from Stephen Hannigan from the right side of the field, (it would be their last from play for the remainder of the game); a Joe O’Dwyer free just before the break leaving the interval score at 0-6 to 0-5 in favour of Ballyporeen.

The introduction of county player John O’Callaghan after five minutes of the second half proved a big bonus for Ballyporeen with himself, John Martin and Tommy Sweeney gaining a stranglehold in midfield. Killenaule did have one great chance early in the second period, Eddie O’Brien bearing down on goal was superbly denied by great defending from Bobby Breedy. Indeed the likes of Breedy, Eoin Morrissey and Rian O’Callaghan were very steady at the back for Ballyporeen all evening.

A slow-scoring second half - Killenaule would add just a single Joe O’Dwyer free in the entire second period - saw Ballyporeen 0-8 to 0-6 up on 50 minutes with their points from John Martin and a Fionán O’Sullivan free .

The dominance of Ballyporeen eventually paid off three minutes from the end when Shane Molan’s good run through the centre put Adrian English in the clear and he finished superbly to the roof of the net giving Matt O’Donnell no chance.

Thereafter it was just a matter of academic interest with Ballyporeen adding on three more points at will - a fisted effort from corner-forward Adrian English and two from Conor Sweeney, the last from a free finishing the scoring as he opened it in the first minute.

Killenaule were best served by Michael Fitzgerald, Tony Doyle, Joe O’Dwyer, Thomas Keaveney and Stephen Hannigan. However without Bergin, ‘Bubbles’ and also Declan Fanning it was too big an ask in the end.