CLONMEL SHOW - All prepared for that special day out 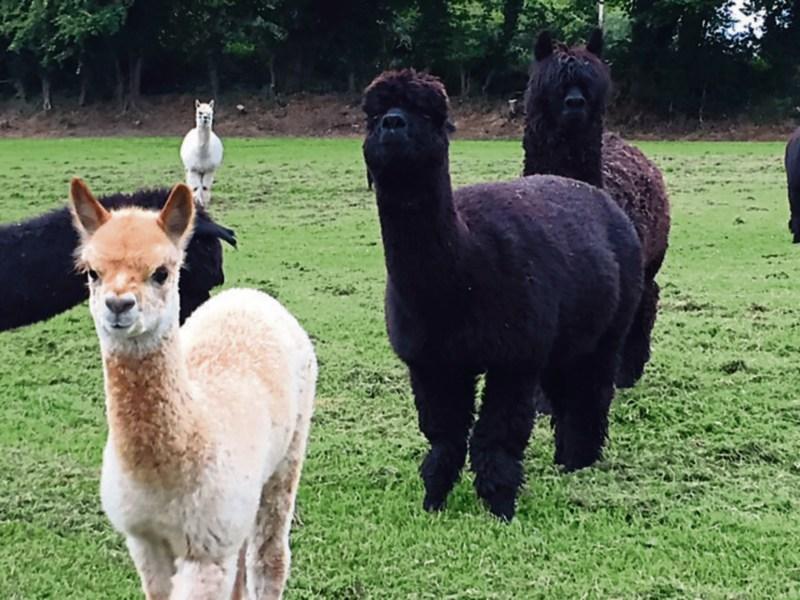 Clonmel Show celebrated its 150th anniversary last year, with what most regarded as its most enjoyable family day out ever. Preparations have been completed and they hope for even a more enjoyable occasion on Sunday next, 3rd July.

The show will once again be a mixture of the traditional classes, modern challenges and innovative and thrilling new ideas to attract young and old, town and country folk to the great get together in Powerstown Park, with attractions for committed livestock breeders, show jumping enthusiasts, flower and art lovers, pet owners, donkey derby observers and children of all ages and tastes.

The Clonmel Show Society, this year, plans to donate a significant portion of its admission charge to four local charities, which were chosen by lot. Patrons, attending the show, should be pleased to know that a contribution from every admission fee will be going to support well known local charities that do such Trojan work for our communities. The chosen charities for 2016 are South Tipperary Hospice, Scoil Cormac in Cashel, The Cancer Care Centre, Wellington Street, Clonmel and the Irish Pilgrims Trust (Lourdes fund)

Classes for Alpacas will be held in Clonmel for the first time this year. These are friendly animals that might appear to be a cross between a sheep and an ostrich! They are woolly and are supposed to keep foxes away from young lambs, if “run” with sheep. Goat classes return to the show after an absence of more the thirty years.

Tractor-loader driving competitions are being organised, where young and not so young tractor drivers can test their skills against one another and against the clock. Plaques will be awarded to the winners. An old style Threshing display will also be featured

There will be a prize for most appropriately dressed man on the day, with consideration being given for the prevailing weather on the day. This competition will run in parallel with the best dressed lady’s competition, which has been such an attraction over the past few years. Entrants must register for these competitions at the secretary’s office before 3.00pm

The Food Village will be enlarged with more stalls, seating and an increased covered area. The children’s attractions will also be enhanced within a secure area in the village, together with the welcome return of last year’s Puppets.

Richie Kavanagh makes a welcome return with his own inimitable style of sing along music. He will be located in front of the Club Stand

A €1,000 prize will be awarded to the Champion Young Horse of the Show – this new prize has encouraged increased entries amongst the young horse classes.

Macra Na Feirme Farm Task competitions return to the show after an absence of a few years also the All Ireland Charollais sheep breed championships will be judged in Clonmel this year. This is national recognition that Clonmel Show runs a top class sheep show with more than five hundred sheep entered.

The Show opens at 9am and runs till 6pm.

Fifty nine horse and pony classes will be judged in eight rings, whilst there will be seventeen horse and pony jumping competitions in four arenas. Judging will start at 9am. Forty seven cattle classes and fifty seven sheep classes are listed for adjudication, commencing at 12 noon. Alpaca judging will also start at noon with the goat classes being called for 3.30pm

The Pet Show will commence at 3.00pm in ring 3. Children with their pets get free admission to the show but pets must be kept under control at all times, as roving pets could spook the horses or ponies and cause an accident. Entries for the pet show will be taken at 2.45pm and every pet entered will win a prize with special prizes for the nicest, the cuddliest, the smallest, the largest and the most unique pets.

This section will feature Bee Keeping, outdoor pigs, GIY demonstration, goats and the Alpacas. Nearby will be the Poultry tent with 13 classes listed for judging. All shapes, colours and sizes of poultry will be on display along with bantams, waterfowl and a special corner for pet hens.

There are 44 classes listed in the Handcrafts, Home Baking and Preserves section, with classes for primary and secondary school students also two Logo classes, which should test the ingenuity and dexterity of these exhibitors as they each design and build their unique models. There are 39 classes listed in the flower and horticultural show with classes for GIY members, novices and children also four photography classes covering a variety of subjects. Once again there is an Adult Painting class with the theme described as open. This class is a qualifier for the ISA All Ireland Painting Competition.

A monster Fashion show will be staged at 3pm when the mannequins will strut the cat walk, displaying a beautiful selection of clothes supplied by local shops and boutiques. This proved to be a huge attraction last year and will no doubt be even bigger and better this year

Another new feature last year that is being repeated bigger and better this year is the RB Models and FBD Farm Models display which will feature a massive display of models of all shapes, colour and sizes. FBD Insurances are sponsoring a farm safety element in this exhibition, highlighting the dangers that lurk around the normal working farm yard through the model displays

FBD and the IFA are also staging a farm safety awareness display involving tractor “ptos” and loose clothing - this should heighten every farmer’s alertness to potential dangers with powered machinery.

The children’s corner in the Parade ring will have a number of farm animals on display also face painting and free entertainment. This activity has proved to be a major attraction for the tiny tots over the years especially given its safe enclosed nature of this location.

Birds of prey will be on display at the show, giving patrons the opportunity to get up close to these fascinating creatures and learn more about some of Ireland’s rarest birds

Now running for almost forty years this unique feature of the Clonmel Show continues to be a major attraction. Over the years it has innovated as a Beecher’s Brook and starting stalls have been developed to accommodate the asses and their riders.

It is regarded as a great privilege to ride in the Donkey Derby, which qualifies riders for membership of the elite Sore Asses’ Club where rider scan compare their bruises. A rumour is circulating that a certain participant in this year’s Rose of Tralee may be riding an ass on Sunday afternoon.

Given reasonable weather conditioAns, the show will close with an air flying display in the sky over the northern end of the show grounds

Mike Quirke and Clare Wilkinson were elected the joint chairpersons of Clonmel Show recently, in succession to Tom Acheson {father of the Tipperary’s senior football captain – Peter} and William Burke, who served in 2014 and ’15. Patrick O’Donnell and Michael Mulcahy were elected as joint vice chairmen. Carrie Acheson is the show’s president, an office which she fills with great dignity, decorum and style. She is assisted by Richard Quirke and Eddie O’Gorman as her vice-presidents. Sheila Quinn is the show’s long serving administrator/secretary. She carries out her onerous duties in her own quiet super efficient way thus ensuring that the huge secretarial workload is completed on-time. The show is indebted to her for her huge commitment.

Clonmel Show has grounds at Lisronagh on which at least two Point to Points are run annually. Bursaries are awarded annually to a number of applicants. A panel on independent adjudicators decide on the granting of these awards. The Show, in co-operation with Tipperary Co. Council, is involved in annual €10,000 seed capital award for budding entrepreneurs.

Tipperary County Museum in co-operation with the Clonmel Show Society organise a special outing into the Museum and Kickham park for in excess of 500 primary school students, where they can see living farm animals and poultry up close also other agricultural activities like the making of shoes for horses and ponies, The students then visit the Museum to see the current exhibition {1916 Exhibition this year}. Students and their teachers regard this as a lovely outing, as it helps keep them in contact with farming in their countryside.