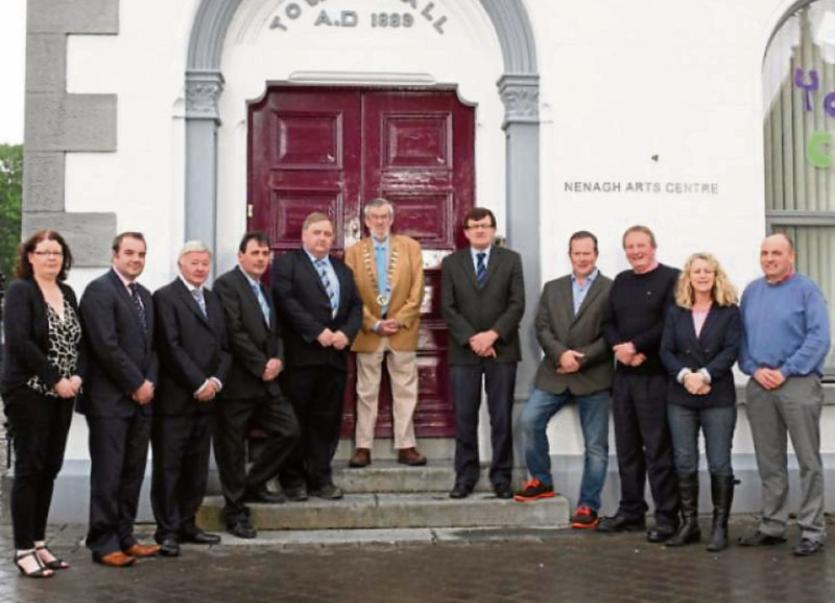 The funeral of former Nenagh councillor Jimmy Moran is expected to attract hundreds of mourners to St Mary of the Rosary Church this Wedneday as the town says farewell to its last Mayor.

Cllr Moran, who died last Thursday, was the last holder of the position of Mayor of Nenagh at the time the town council was abolished by then Minister for the Environment, Phil Hogan, in 2013.

Hundreds queued outside Ryan's funeral home this Tuesday night to pay their respects, among them many former and sitting Fianna Fail public representatives, including for Minister Michael Smith and former Junior Minister Maire Hoctor, as well as former councillor Jim Casey.

Tributes have been pouring in for the man from outside Ballyhaunis in County Mayo who made his home in Nenagh.

Mr Moran worked on the Revenue Commissioners building before operating a B&B, Sunview, on Ciamalta Road, Nenagh, with his late wife, Margaret, who died tragically after she was knocked down some years back.

Among those paying tribute was Maire Hoctor, who said: “ “Jimmy will be remembered for his selfless energy which he devoted to his local community, particularly to older people, people with disabilities and other worthy causes,” said former Junior Minister, Tipperary North TD and councillor Máire Hoctor.

Ms Hoctor said Mr Moran's deep faith, generosity and sense of volunteerism were his hallmarks as a person and as a public representative

“Our thoughts and prayers are with his daughters and extended family at this time. Ar dheis Dé go raibh a anam dhilis,” she said.

She said Mr Moran did a lot of work quietly around Nenagh and was always behind the town's twinning with Ballycastle and Tonnere.

“He always had Nenagh at heart and always did his best for the elderly, who were a priority for him,” he said.

Mr Moylan said it was fitting that Jimmy had been the last Mayor of Nenagh.

Tributes were also paid at this Monday's meeting of Tipperary County Council where Cathaoirleach Cllr Siobhan Ambrose led the tributes.