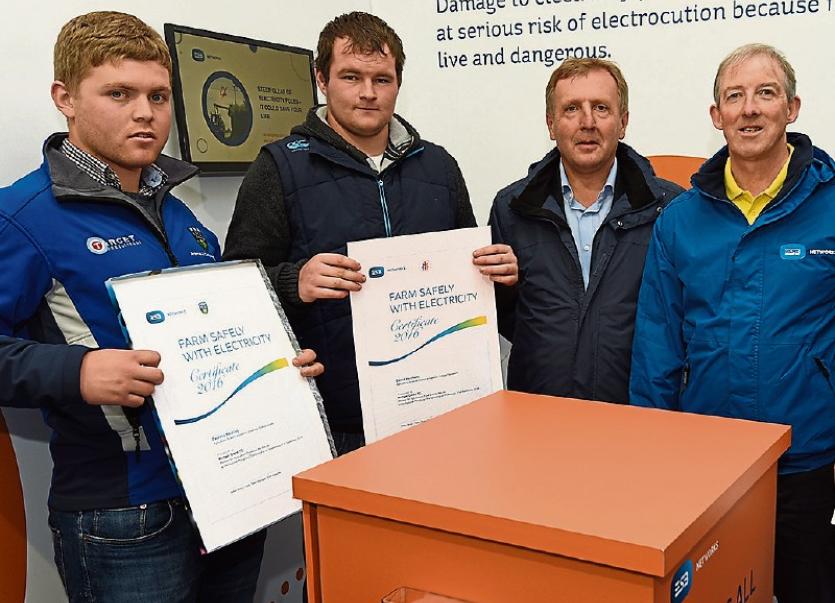 All these students had written an excellent essay on farming safely with electricity. They were congratulated on the ESB stand by Gerry Mooney, Safety Manager and Senan Colleran, Customer Services Manager, ESB Networks along with Sean Finan, Macra National President.

ESB Networks have an excellent record in reducing electrical accidents on farm and over the last three years no fatalities have occurred on Irish farms. Their successful communications strategy has included the raising awareness of the danger of tall machinery working too close to overhead powerlines and the use of RCD’s (these cost only around €15) to prevent electrocution by faulty portable electrical equipment such as power washers.