Cashel are minor kings as they complete magnificent Tipperary double 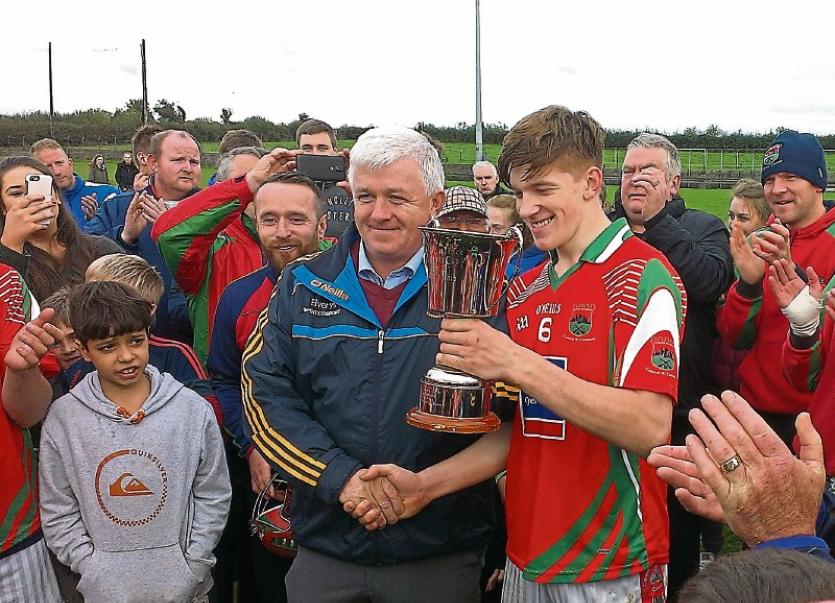 At New Inn this afternoon Cashel King Cormacs capped a magnificent seven days by completing the County Tipperary Minor ‘B’ double when their hurlers had 12 points to spare over South combination side, Skeheenarinky/Clonmel Og.

On Saturday last at Cahir, the King Cormacs’ footballers captured the club’s first county minor title in 42 years, and today the hurlers completed a magnificent double by capturing the Paddy Broderick Cup with a display that will give the West Tipp side huge encouragement for the future.

After an even enough start to the game, Cashel got a huge boost in the eighth minute when an intelligent crossfield pass from Ciaran Davern was controlled by Daniel Wade and midfielder Conn Bonnar was on hand to find the back of the net from Wade’s pass inside.

A slicker King Cormacs side, boosted by the goal, began to assert their dominance and aided by the breeze tagged on four points from play to lead 1-5 to 0-2 after 17 minutes. Ross Bonnar’s nice point from the wing was followed by scores from Colin Ryan, Ciaran Davern and Conn Bonnar.

The trend continued up to half-time at which stage the King Cormacs would lead by 1-9 to 0-4. A second point from the impressive Conn Bonnar at midfield in the 22nd minute was followed by two within a minute from Brian Fitzpatrick to stretch the lead to eight. All the combination side could muster in the whole opening period were four points, three of which came from frees after Josh Macken had opened the scoring with his side’s only point from play 90 seconds after the start.

A ‘65’ on the stroke of half-time converted by Eoghan Connolly, who did great work throughout, concluded the first half scoring.

It looked bleaked for the South challengers at the break but they got a great start to the second half. The King Cormacs defence for once failed to clear and Cian O’Sullivan took advantage to set up Tomás Vaughan and he netted to give the combo hope two minutes in.

The third quarter definitely belonged to Skeheen/Clonmel Og and halfway through the second half they had the game back to just four points and were “in with a shout” once again.

County minor goalkeeper Ciaran Barrett was pivotal to most of the combo’s good work and  his three points added to a lovely effort from 45 metres by Josh Macken were keeping Cashel within distance. In this third quarter Cashel replied with scores from Brian Fitzpatrick (2) and Conn Bonnar, always keeping the scoreboard ticking over.

A vital piece of action in the 48th minute was crucial to the outcome of the game. A dangerous Skeheen/Clonmel Og attack was intercepted by Cashel keeper Adam Skeffington and his clearance downfield found Colin Ryan who finished low to the combo’s net. In danger of conceding at one end of the field one moment, Cashel were celebrating a green flag at the other end within seconds. Thereafter they never looked in any danger of being denied their double.

Three further points from Luke Quinlan, Ross Bonnar and perhaps the day’s best point from Ciaran Davern (when winning a high ball on the 45 to turn and convert), had Cashel almost home and hosed. 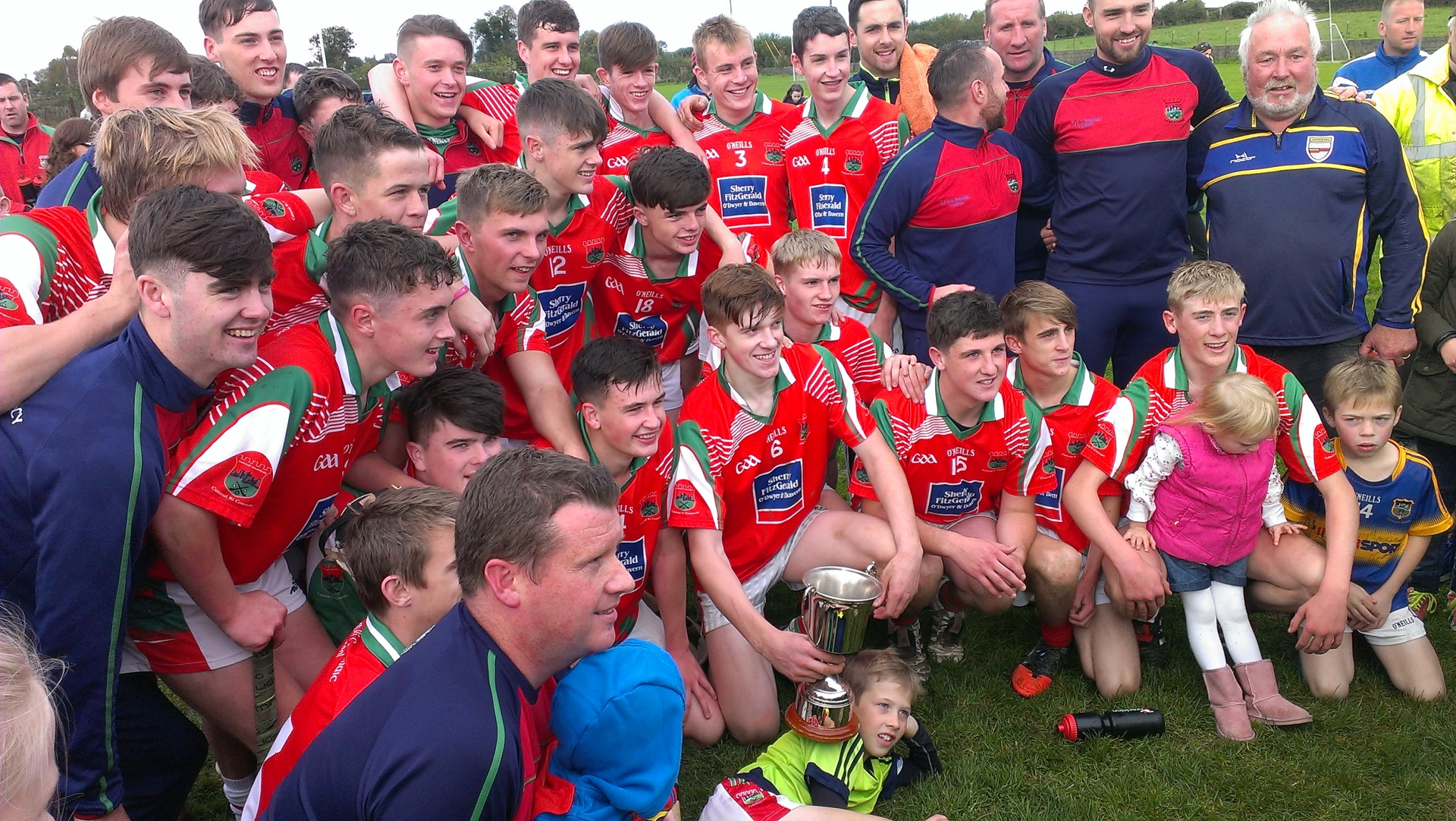 Cashel captain Brian Fitzpatrick leads the celebrations after the final whistle joined by teammates, mentors and supporters on a great day for the club.

The final nail in the coffin for the gallant challengers arrived three minutes from time when the ever-dangerous Colin Ryan set up Ross Bonnar and not to be outdone by his brother Conn, also added his name to the goalscoring list on a great day for Cashel hurling and one that will hopefully see them make their way back up the ranks in Tipperary once again.

FULL REPORT AND PHOTOS IN NEXT WEEK'S NATIONALIST