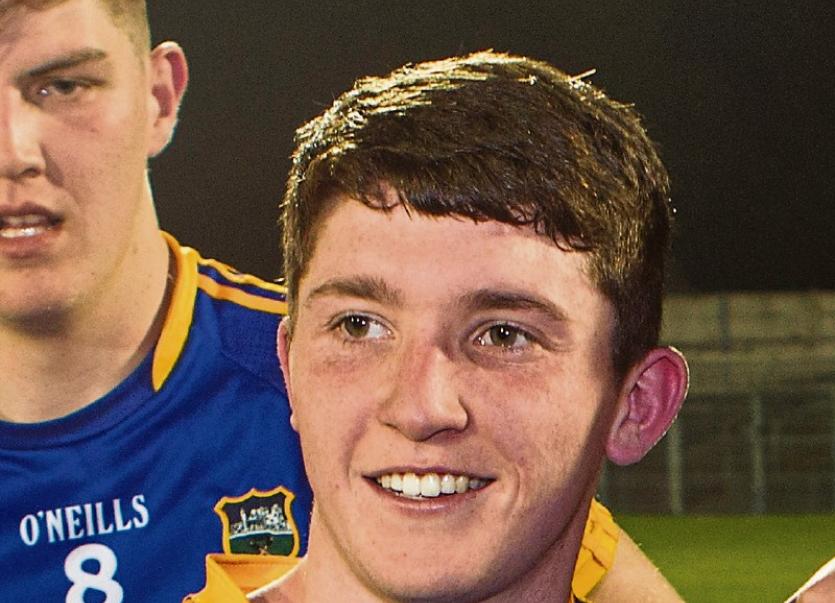 Under floodlights at Ballyporeen last night, Moyle Rovers earned themselves a place in this year’s County Senior Football Championships semi-finals by virtue of a four points win over Aherlow Gaels.

The victory earns the Powerstown/Lisronagh club a semi-final spot on Sunday next against Kilsheelan/Kilcash with the game scheduled for Cahir at 2.30 pm.

The second semi-final also goes ahead on Sunday at Boherlahan at 3pm, where reigning county and Munster club champions Commercials Commercials will oppose Loughmore/Castleiney.

Moyle Rovers can thank a storming second half performance last night for their ticket to the last four because at half-time they looked in trouble trailing by four points at 0-9 to 0-5. However a blistering third quarter in which the Monroe-based side scored 2-3 without reply saw them safely through in the end against an ageing and tiring Aherlow Gaels side for whom a busy hurling and football programme in recent weeks had taken its toll.

In an entertaining game the sides were level three times in the first 10 minutes. Moyle Rovers then had a glorious goal chance in the 12th minute but Craig Condon’s goalbound shot was superbly deflected over by Sean Mullins on the Aherlow line. And when the Powerstown/Lisronagh side went 0-5 to 0-3 two minutes later they seemed to be getting on top of matters. However they would fail to score for the remainder of the opening period.

Meanwhile Barry Grogan was keeping Aherlow Gaels alive with a superb display of placed ball kicking. After opening the game’s scoring with a superb point from a sideline ball in the first minute, the former Tipp star would kick another six first half points, including one from play. Indeed Aherlow’s first seven points were all from his golden boots.

Two late first half points from the impressive Lar Coskeran and an excellent Bernard O’Brien effort from the corner after Seamus Grogan’s effort came back off the upright sent the West champions in at the break leading 0-9 to 0-5. 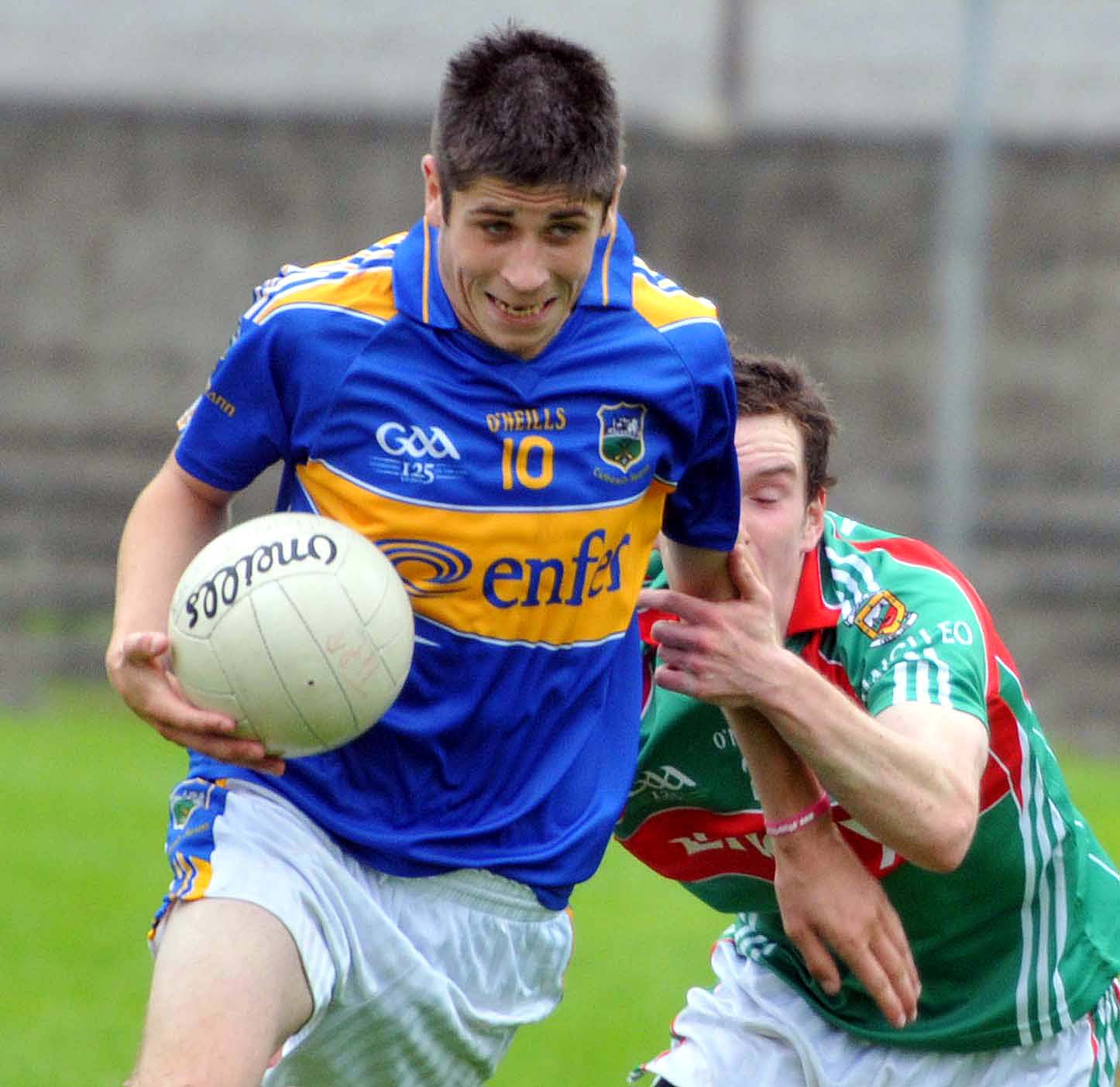 It was backs-to-the-wall time now for the young Moyle Rovers side and they responded magnificently. A pair of points from Liam Boland had the margin halved within seven minutes before the first goal arrived in the 39th minute. A move down the left involving Ross Mulcahy, Diarmuid Foley and Stephen Quirke was worked to Thomas Hill (pictured) and keeping his composure the corner-forward buried his chance past Gordon Peters to give Rovers back their lead back.

The same player, now growing in self-belief, sent a fabulous point over from 40 metres, as Rovers gained momentum.

The second goal in the 48th minute was superbly executed. A move started by Ross Mulcahy in defence saw the same player come on to the deftest of fisted flicks by Liam Boland, and Mulcahy powered through to blast to the bottom corner of the net for a 2-8 to 0-10 lead.

Aherlow Gaels, having led by four at the break were now four in arrears, but in an attempt to keep their season alive they threw everything they could at retrieving the game. However, it seemed the legs were tired after their long West campaign and their hurling exploits at the weekend against Newport Gaels. The loss of John Moloney in the warm-up didn’t help either with Eoin O’Connell also unavailable through injury on a night they needed everyone.

True to tradition Aherlow Gaels battled on and Thomas Hanley and Lar Coskeran came up with excellent points against a tightening Rovers defence.

With the game deep into added time and the margin back to three points, the West champions put together one last threatening move. Somehow Barry Grogan got to the edge of the square and as he blasted for the goal they needed to force the game into extra-time, county player Alan Campbell went full stretch to block at the expense of a 45. It came to nothing and Rovers worked the ball upfield for Dara Ryan to add the insurance point at the death.