Slievenamon - Is it the best little golf club in Ireland? 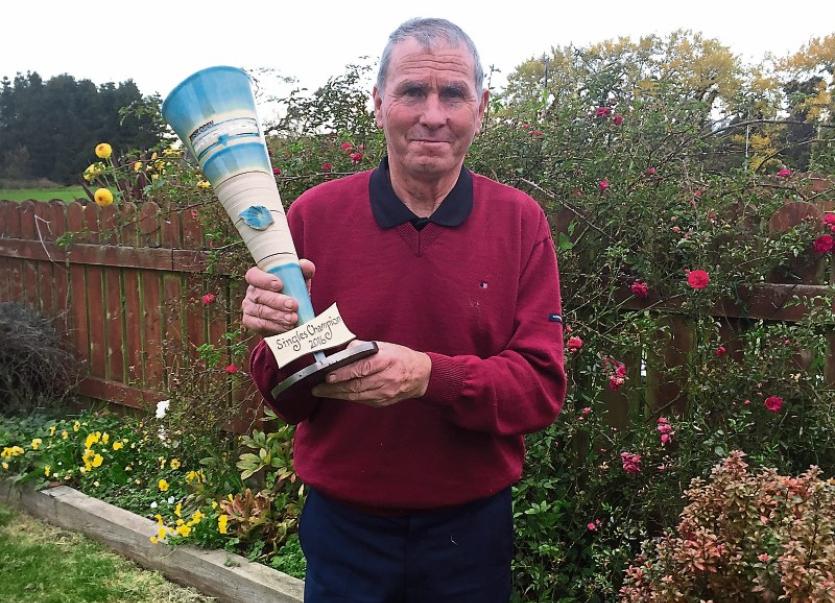 Pat Ryan who retained his Irish title at Carton House on Sunday last.

What a super year this is proving to be for Slievenamon Golf Club, located at Lisronagh, approximately midway between Fethard and Clonmel in South Tipperary.

One national title in any year for a golf club is big deal, two would be a huge achievement, so how do you describe it for a club that has now captured a third national title in 2016 and all in the space of a couple of months.

The most recent win came on Sunday last at Carton House, the home of the GUI, in County Kildare, when Pat Ryan retained the Irish Open Singles Matchplay Championship. Pat defeated Michael Walsh (representing Kildare) 3&2 in the semi-final on Sunday morning and in the final in the afternoon he beat Marcus Keane (representing Dublin North) 2&1 to retain the trophy he won in last year’s competition. 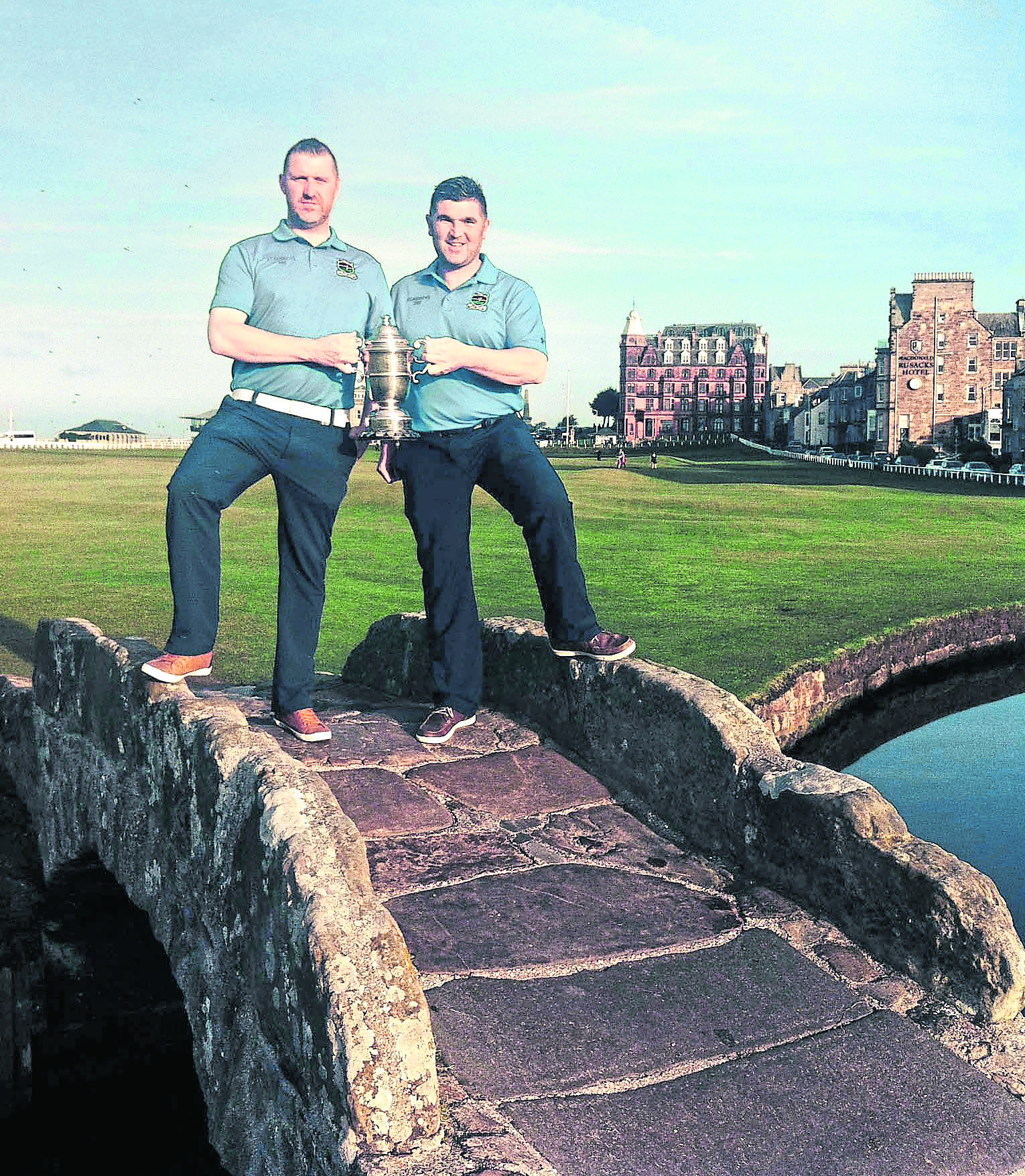 Just two weeks ago at the Old Course in St. Andrews in Scotland the Slievenamon pairing of Shane Kenny and Colin Allen made history when winning the HolmPatrick Cup for the second time and in doing so were crowned the All Ireland Champions for 2016.

It was the first time in the 80 years history of the Holmpatrick Cup that a team has managed to retain the cup.

The finalists who qualified in play in the final were teams from Hermitage G.C. (Dublin), Gowran Park G.C. (Leinster), Slievenamon G.C. (Munster) and Aughnacloy G.C. (Ulster/Connacht).

It would make you think if the guys from Slievenamon Golf Club ever get their hands on the Ryder Cup, then the Americans will never get it back. 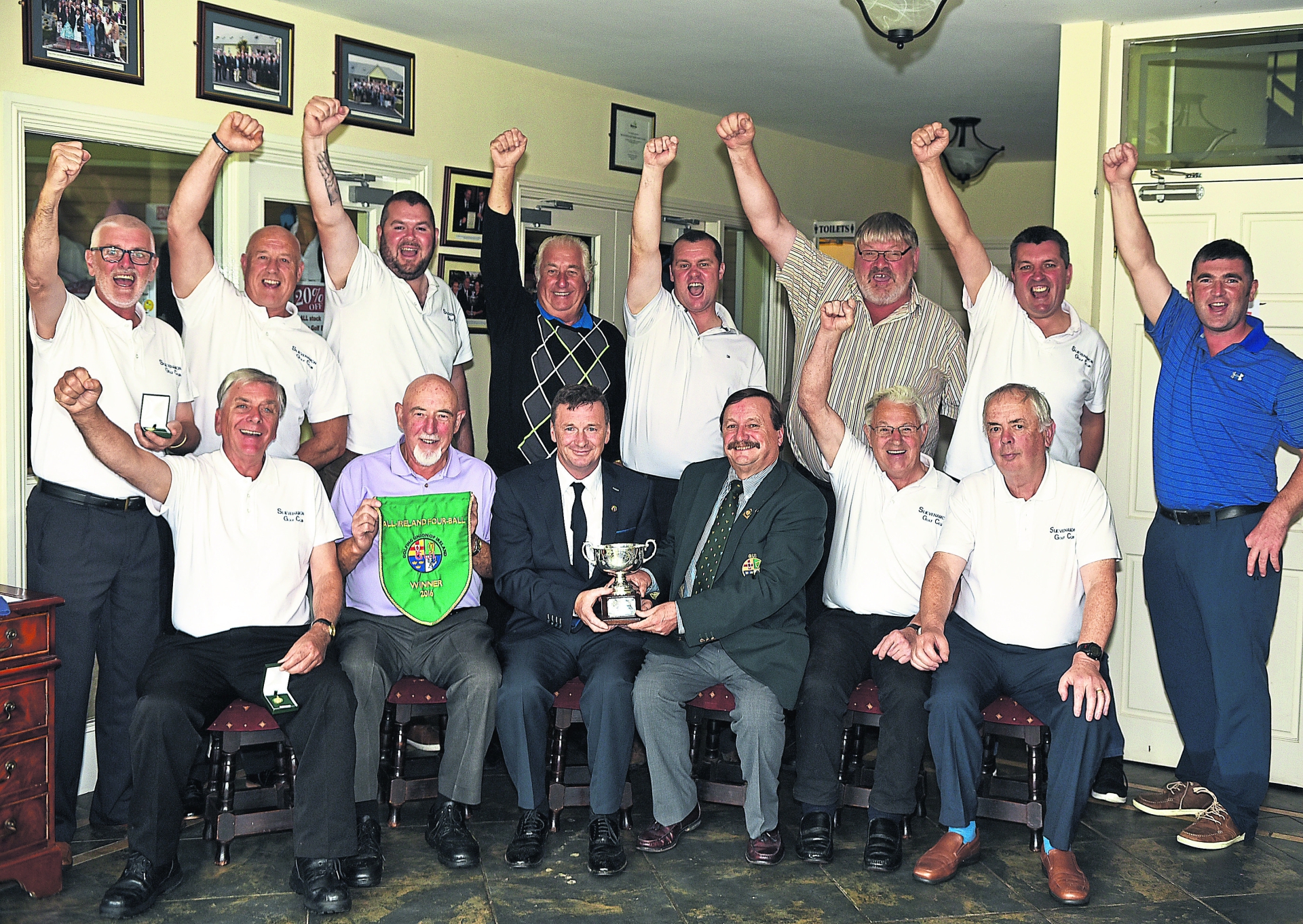 The Slievenamon GC team celebrate after winning the club's first ever national pennant this September when they captured the inaugural Michael Cashman Cup in the finals played at Castlebar Golf Club, Co. Mayo.

And in September Slievenamon Golf Club made history when the club won their first GUI All Ireland Green Pennant in Castlebar Golf Club, the Michael Cashman Cup.

On the Saturday they defeated the Ulster Champions Blacklion G.C. 4-1 in the semi-final and then defeated Greystones G.C. from County Wicklow in a hard fought affair on the Sunday with the match going down to the wire. It was left to long-standing member Joe Corbett to hit a great tee shot on the par 3, 16th hole to win the hole and the match to secure a first ever GUI All-Ireland Club competition for the Par 67 club that is located within view of the songful Slievenamon mountain in South Tipperary.

Along their way to winning the inaugural Michael Cashman Cup, Slievenamon took down some big scalps including Mitchelstown, Tramore, Ballybunion and Nenagh in the Munster final.