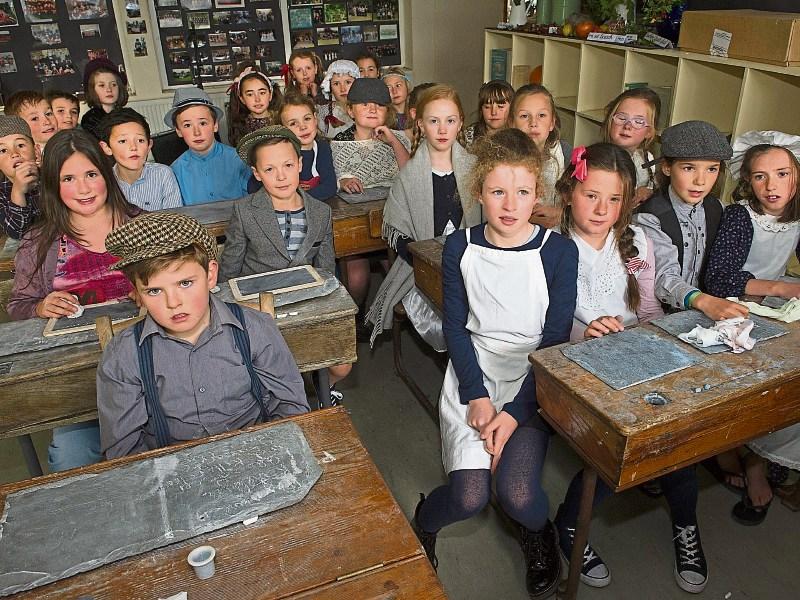 2016 was always going to be a memorable year in Tankerstown National School as the school community marked the 150th anniversary of its first pupils.

There is a long and proud tradition in the school of preserving its history and traditions. The school roll books and registers, which provide an almost seamless record of pupil enrolment since 1866, are preserved.

“It is an incredible testament to the custodians of the school over the years that between three different buildings (that we know of), these records are still with us today. In fact, though we do our roll call electronically now, we still input these records in the physical roll books just to maintain this wonderful record,” said current school principal, Nóirín Ní Mhaoldhomhnaigh.

“We, as a staff, knew that we wanted to mark this occasion in a very special way. We wanted our 97 pupils to enjoy an experience that they will be able to recall at the school’s bicentenary in 2066!”

It was decided to mark it with the children with an experience of life long ago. They were invited to dress in clothes from any era and bring an old style lunch - nothing could prepare the staff for how the pupils and their families responded.

All children dressed up and some carried school books tied up with a leather strap, others had the “buidéal bainne” in the YR sauce bottle. Homemade soda bread with jam was the lunch of choice for many. The sight of the Crowe/Phelan and Finnane families descending from Cappa upon the school through the morning mist was like an image from Alice Taylor’s “To School Through The Fields”. 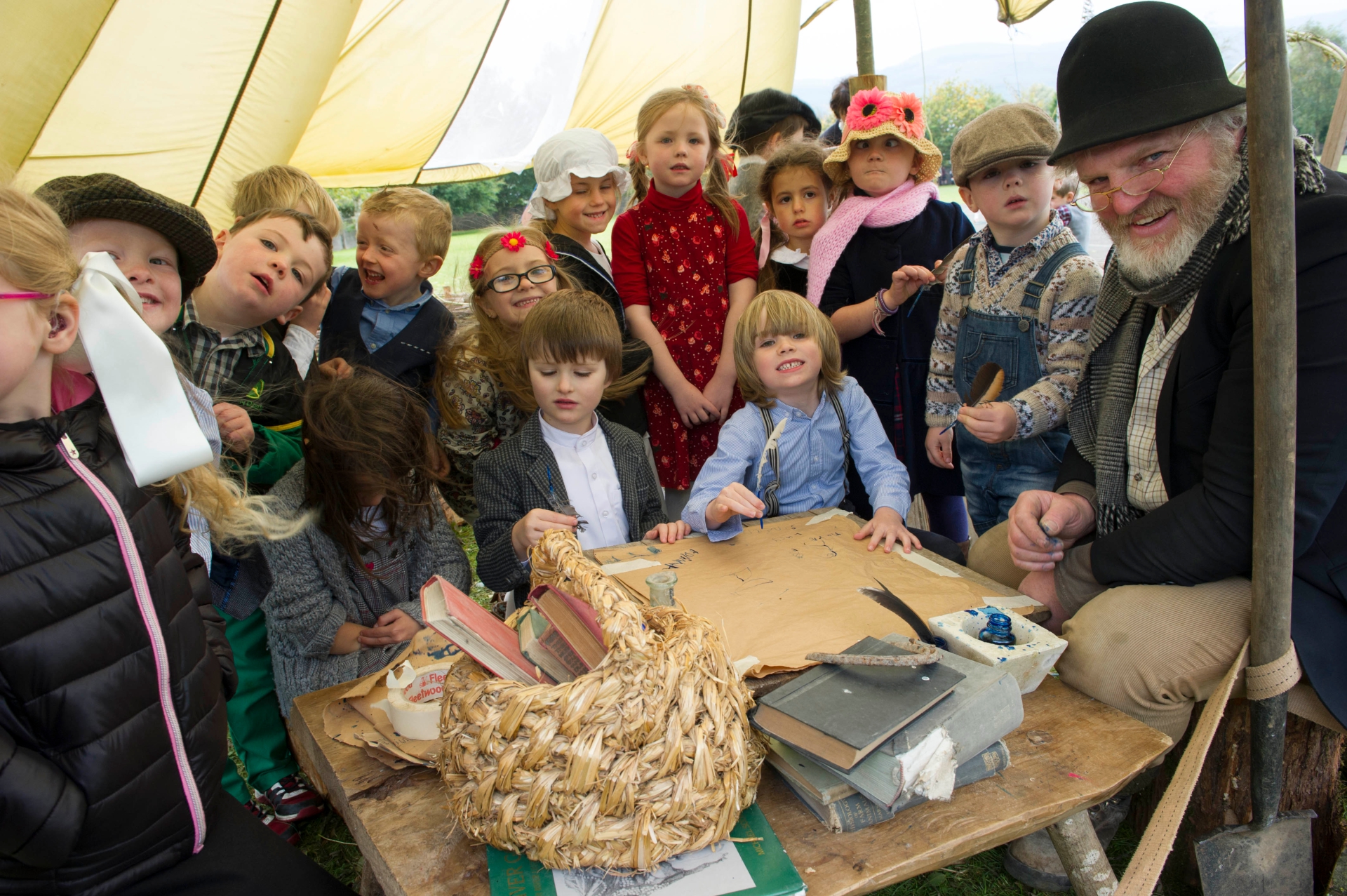 An old school classroom was created, thanks to the generosity of Pat Slattery from The Cormackstown Heritage Museum, and many other donors of artefacts. Carol Welsh and Muriel Ryan, along with all the staff, left no stone unturned in making sure the attention to detail was accurate. Slates and chalk were the order of the day and while the leather strap and “sally rod” were on hand, thankfully the days of their use is long behind us. Tables were recited by rote and an old favourite “Kilcash” was taught to the children.

Each class experienced yard games from the past including hopscotch, skipping and even had a “skittles” masterclass courtesy of Mr. Quinlan and Mrs. Butler! Mrs. Welch took each class for embroidery lessons.

Holycross based artist and stonemason Philip Quinn is currently working on a Tipperary County Council sponsored project in the school. According to Nóirín when invited to get involved in the Sesquicentennial Celebrations, Philip and his wife Lizzie did not hesitate. He took on the role of the local hedge school master and welcomed each class group to experience how they wrote, what they learned and what their “classroom” environment would have been like, right down to the turf fire!”

The “Nature Walk” was a day savoured by many generations so environmentalist and wildlife expert Albert Nolan took each group for a “Biodiversity Walk”.

At 1.30pm the community gathered (the majority dressed in period costume) to hear past pupil Betty O’Donnell (née Tierney) and Liam Bergin (past pupil and retired principal of T.N.S.) give an account of their experiences of the school. Sam O’Doherty got the crowd in good spirits with some songs.

Betty's eloquence along with the lovely poem she read ensured there wasn’t a dry eye in the house. Liam gave everyone a most informative account of “Tankerstown N.S. 1866 to the Present,” with a unique perspective as both past pupil and former principal.

According to Liam “The preservation of the 1866 roll books and the register show the first five boys were Thos Loughman, John Fahey, Patrick Cahill, Edmond Marnane and William Britt. Similarly the first girls were; Bridget Loughman, Maria Fahey, Kate Moloney, Kate Bourke and Ellen Whelan. Most of these names are still to be found in the area today.”

As he spoke, Mrs Olive Gaynor arrived from Cork. She had taught in Junior Room of the Old School approximately 60 years ago (then known as Miss Quinlan). Everyone was honoured that she made the trip and her presence made the occasion so special. 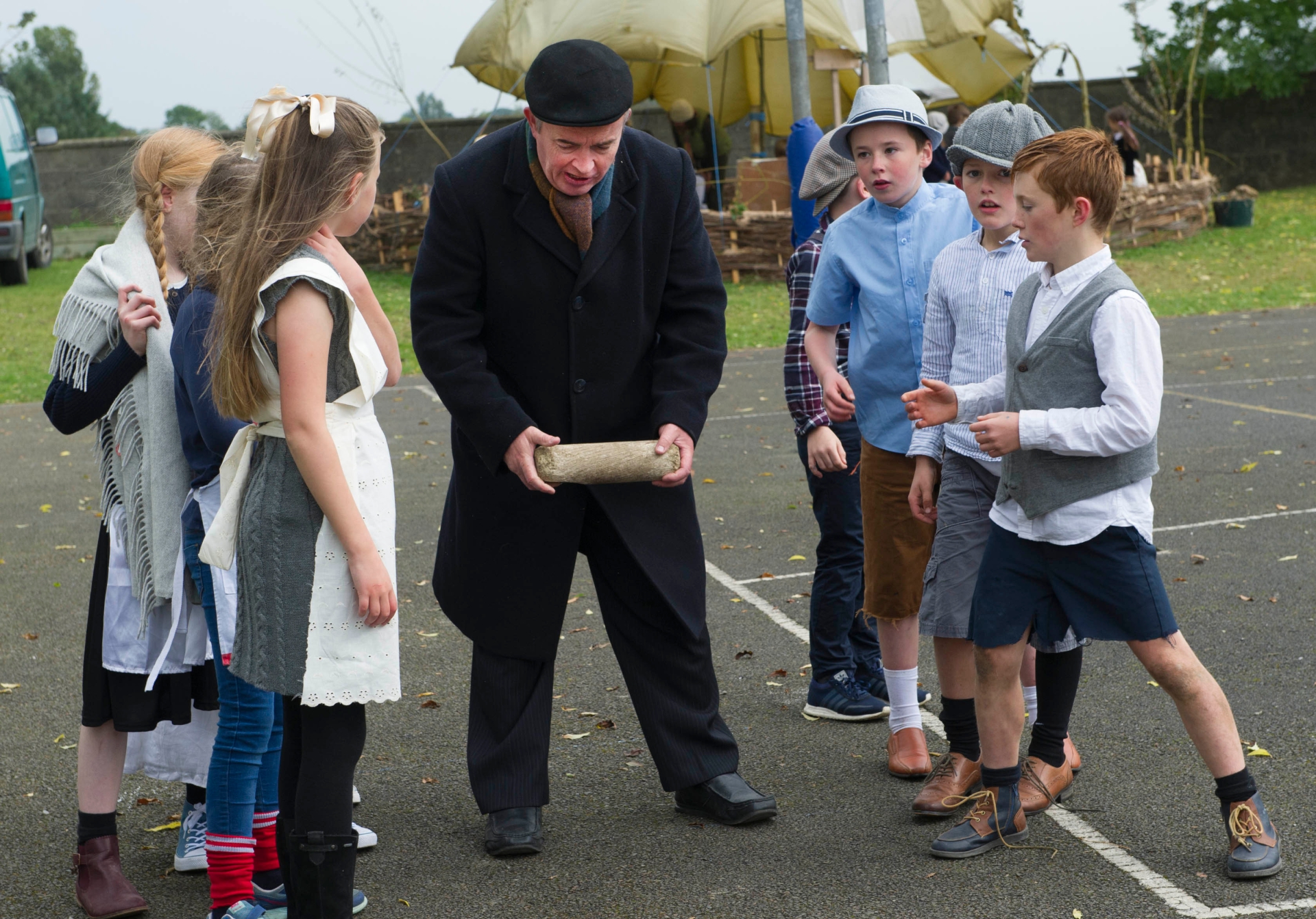 Liam told the crowd of a difficult time for the country and the parish with the War of Independence and the Civil War causing grief and heartbreak in every community.

Records show that there was “no attendance on 20-10-1920 due to funeral of the O’Dwyer brothers, Ballydavid, murdered in the locality”. The O’Dwyer brothers were past pupils of the school and were dragged from their beds and executed by Crown Forces having attended the funeral of Seán Treacy who was shot in Dublin.

It is hoped to produce a book of memories of days gone by in the school. They are looking for contributions from past pupils of Ardane NS as it amalgamated with Tankerstown in the 70s and is a part of the TNS story. They also hope to arrange a reunion night. If you wish to get involved/ contribute email tankerstown150@gmail.com or ring 06254588. Keep up to date on Facebook: “Tankerstown National School – 150 Bliain ag Fás”.